Like all of us, over the years I’ve made some mistakes. They could be the time I thought flared striped corduroy trousers was a good look for the school trip to Alton Towers, or deciding to do a Master’s degree in something I knew I wasn’t sure about anymore. Some of those mistakes (*coughMaster’scough*) were big ‘uns, but now, with a little of that wonderful thing called hindsight, I’m almost glad I made them. 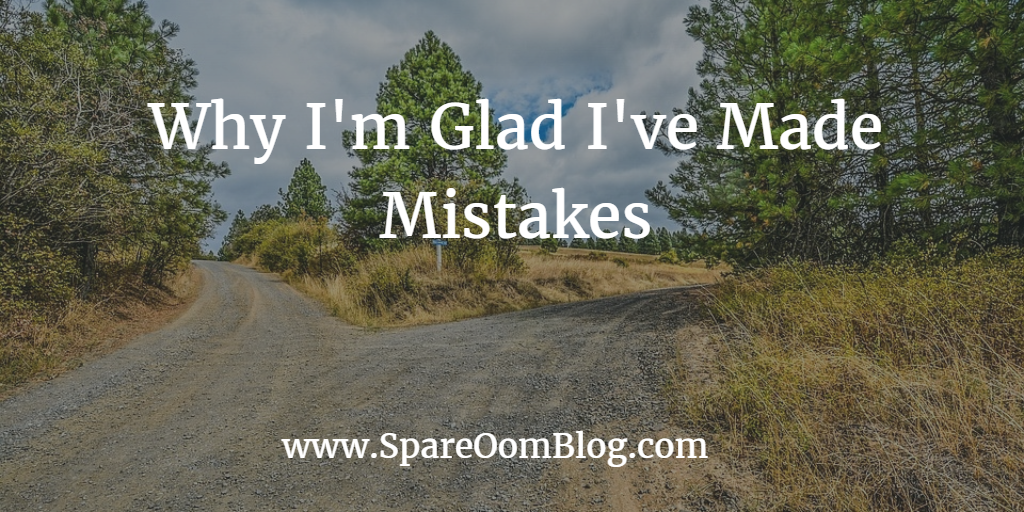 Cutting My Hair Short When I Had No Idea How To Use Straighteners
This wasn’t exactly the most disastrous of bad decisions featured on this list, but from the photos, I can tell you that it was definitely not a good one. This was in my peak awkward phase, from around age 12 (see corduroy trousers above) to 16. My hairdresser convinced me to go back to the cute bob and fringe I had when I was three, and for some reason, I went along with her. Sure, it looked great after she had straightened it, but on a day to day basis, I neither owned straighteners nor had the patience first thing in the morning. Now, you need to understand, my hair is FLUFFY. As a three-year-old, it had been pretty straight, but at 13 it had become a frizzy, static mess. Now imagine how that looked in a bob? It no longer had any weight to it, and I walked around with a sort of gingery cloud around my face for at least a year before deciding to grow it out. I’ll spare you the photos. I didn’t learn not to cut my hair short, as I did it again at 22, but the revelation of hair straighteners later in life and those vivid memories of cloud-hair mean I’m rarely parted from them for long.

Not Doing A-Level French
Not doing French at A-Level didn’t lead to some sort of disaster, but instead just sent me down a different path. My Mum studied French at university and we frequently spoke French around the house to each other (mostly to annoy my younger brother who didn’t understand). Come A-level time, I chose Biology over French, even though I was far better at languages and it would have fit much better with my other subjects (History, Philosophy and English Language). I was determined no to do it, I said it was because languages were too much work, but if I’m honest, I just wanted to be different to my Mum. I ended up pretty much teaching another girl A-Level French and helping her with her homework, and never thought that maybe I should be doing that instead. I ended up with a C in Biology, and I’m pretty sure I would have aced French. That C meant I didn’t get into the university I wanted and led me to meet completely different people and have very different experiences than I would have done if I had studied French and achieved the grades for St Andrew’s. University wasn’t the greatest experience for me (see below), and I do wonder if I might have been happier if I had studied French. Forks in the road and all that.
Getting Pressured Into Living With Someone I Didn’t Really Know
In my first year of uni, it became apparent that I was never going to get along with my flatmates. I became good friends with a group of people on my course instead, and one of the girls (L) and I were initially planning to get a flat together for the second year. We were on the verge of signing a contract for it when another girl (E) in the group told us how excited she was about the three of us living together next year. L and I immediately backtracked on our plans because we’re both people-pleasers and went along with E’s assumption. E was older than us, worked full time alongside her degree and was very forthright and confident. On the surface, there was a lot to admire about her, and we both just let her steamroll us until we were signing a contract on a house for a year. Looking back, we were a little intimidated by her, and even a bit scared. Safe to say, this story isn’t going to end well.

I could talk about the events of the next 18 months for some time, and in truth, the experience warrants its own blog post, but to keep it short and sweet, E turned out to be a borderline psychotic and emotionally manipulative. I gavea solid year of my life to basically catering to her every whim and I still suffer from anxiety that I’m convinced is partially caused by her constant eroding of my self-esteem. While it was probably the most emotionally scarring incident of my life, and I’m including the death of my Father in that, it taught me a hell of a lot about other people and even more about myself. That, at least, I value. An Incomplete Master’s Degree
I think is something that’s becoming more and more common these days. I had just finished my BA in Ancient History and had scraped a First, one of only five out of nearly 200 in my year to do so. Towards the end, I knew that I was falling out of love with academia, if not the subject itself, but the First and a complete lack of any idea of what I wanted to do with my life meant I decided to do a Master’s degree specialising in the Ancient Near East. I loved the subject, but by the time it came to writing my dissertation, I simply didn’t put pen to paper. Declining mental health meant I applied for extension after extension, and after I had finally written the damn thing I was told that I couldn’t submit and was no longer considered a student. Due to a miscommunication with my tutor, who I must acknowledge was truly hopelesslove for him, I was not able to finish my degree. Two years and thousands of pounds down the drain, all because my tutor had his head in the clouds and assured me everything was fine when it definitely was not. I could have fought the university over it, but at that point I was tired. I just wanted the whole thing to go away, and it did. I don’t regret it, simply because I met some wonderful people during that first year. I loved the post-grad culture, despite its many faults, it was an environment in which I felt fully welcome for the first time since sixthform. I lived alone and loved it, despite the extra expense, and it taught me that despite being an extrovert, forcing myself to spend time alone really does boost my mental health. The second year, after moving back up North and living with family, juggling a boyfriend, finding a job and attempting to finish my Master’s degree wasn’t so great.

Staying With Someone I Knew Didn’t Want Me Long Term
This is little difficult to write, as it means really opening up about past idiocy. I wrote this post back in May after breaking up ith my ex-boyfriend. It remains one of my most popular posts to this day. When I wrote that post I was really kidding myself. It’s a fairly upbeat and optimistic post, but the truth was that I felt like my heart had been ripped out and life uprooted, and I spent the next two months in absolute misery. I can’t even really remember how that felt anymore. I know that after those two months I became angry, and that really only subsided at the end of 2016, seven months after we break up. Now I’m starting to remember that my ex and I did actually have some good times together. I don’t miss him and in truth the one time I did see him after the big break up I found him pretty boring without the rose-tinted glasses.

What’s slightly sad is that I wasted so much time with him when I knew way back that deep down, he didn’t love me and probably never would. He valued me as a great friend and we had an amazing time together, but it was never going to work. I knew it very early on I had my doubts from the first date, but I liked and then loved him so much that I squashed that gut instinct down and didn’t listen. What it cost me was almost a year of emotional heartbreak, even before we broke up. I hurt him and he hurt me. I placed expectations on him that weren’t fair, and he messed me about in a way that I will not stand for anymore. There’s no doubt in my mind that I was at least partially responsible for our break up. I’m hoping that I’ve learnt from that (I think I have) and that I won’t make the same mistakes in my new relationship (which is much happier and more stable in case you were worried).

So, for all the many mistakes I’ve made, I think I learnt something from each of them, and that is extremely valuable. Here’s hoping I remember the lessons.