My Mother, Grandmother and I recently went on a spontaneous trip to Llandudno in North Wales.  My Nan has been several times before, mostly on old-lady-coach-trip type holidays, but it was the first time for me, and my Mum hasn’t been there since she was very young.  We all wanted to go up the Great Orme, my Nan so she could one-up a neighbour who’s been meaning to do it for years, my Mum for the views, and me for the wind and because hell yes I want to stand on a sea serpent’s head.  My brother, the lazy bugger, elected to stay at home. 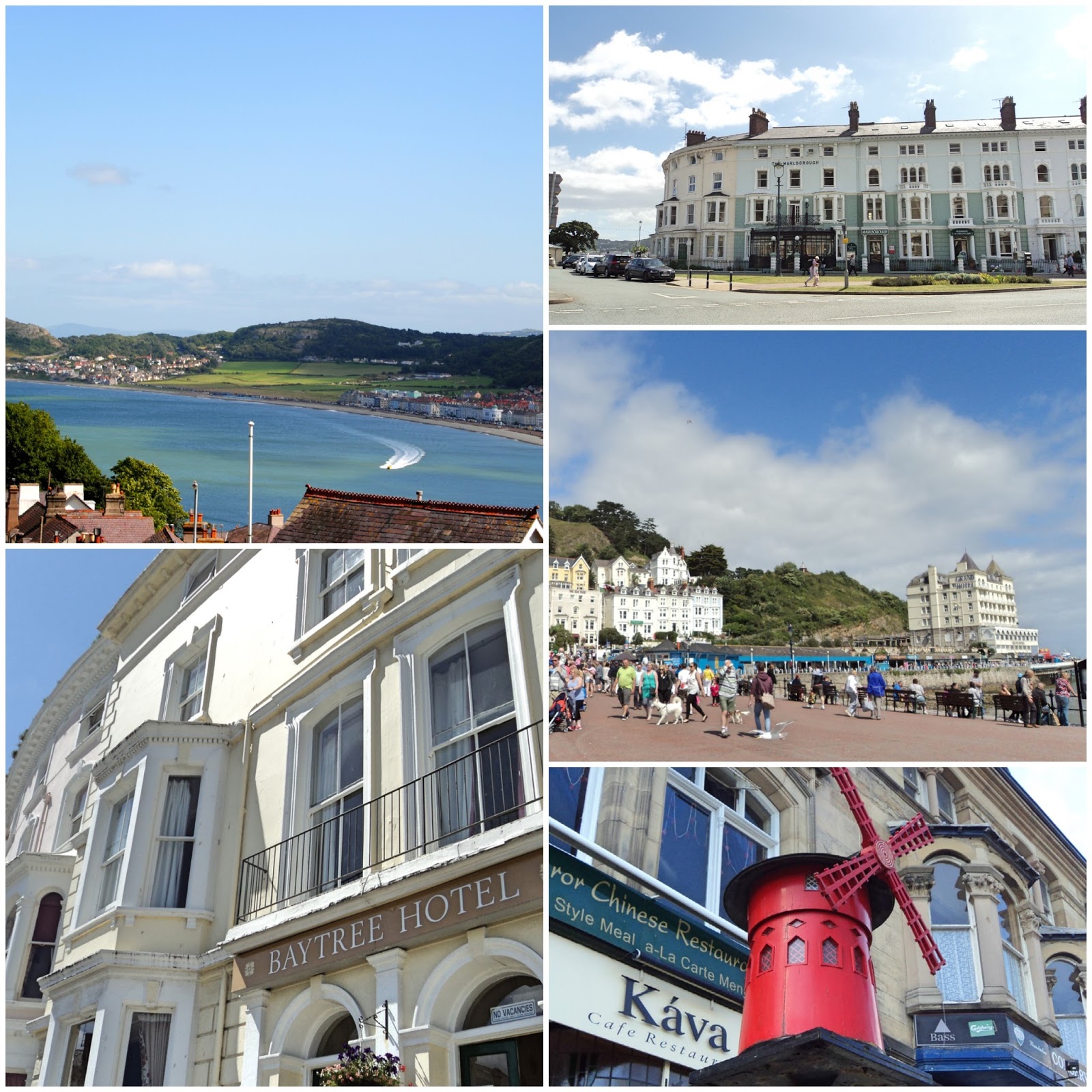 Llandudno itself was gorgeous, and it was the perfect day for it.  The promenade was absolutely packed, and I’m guessing the residents of Llandudno must get pretty sick of tourists because there were a lot of us. I also saw an actual Punch and Judy show, and I haven’t seen one of those in a very long time!  They’re as irritating as I remember, but it was still nice to see a very classic beachside activity still doing well. 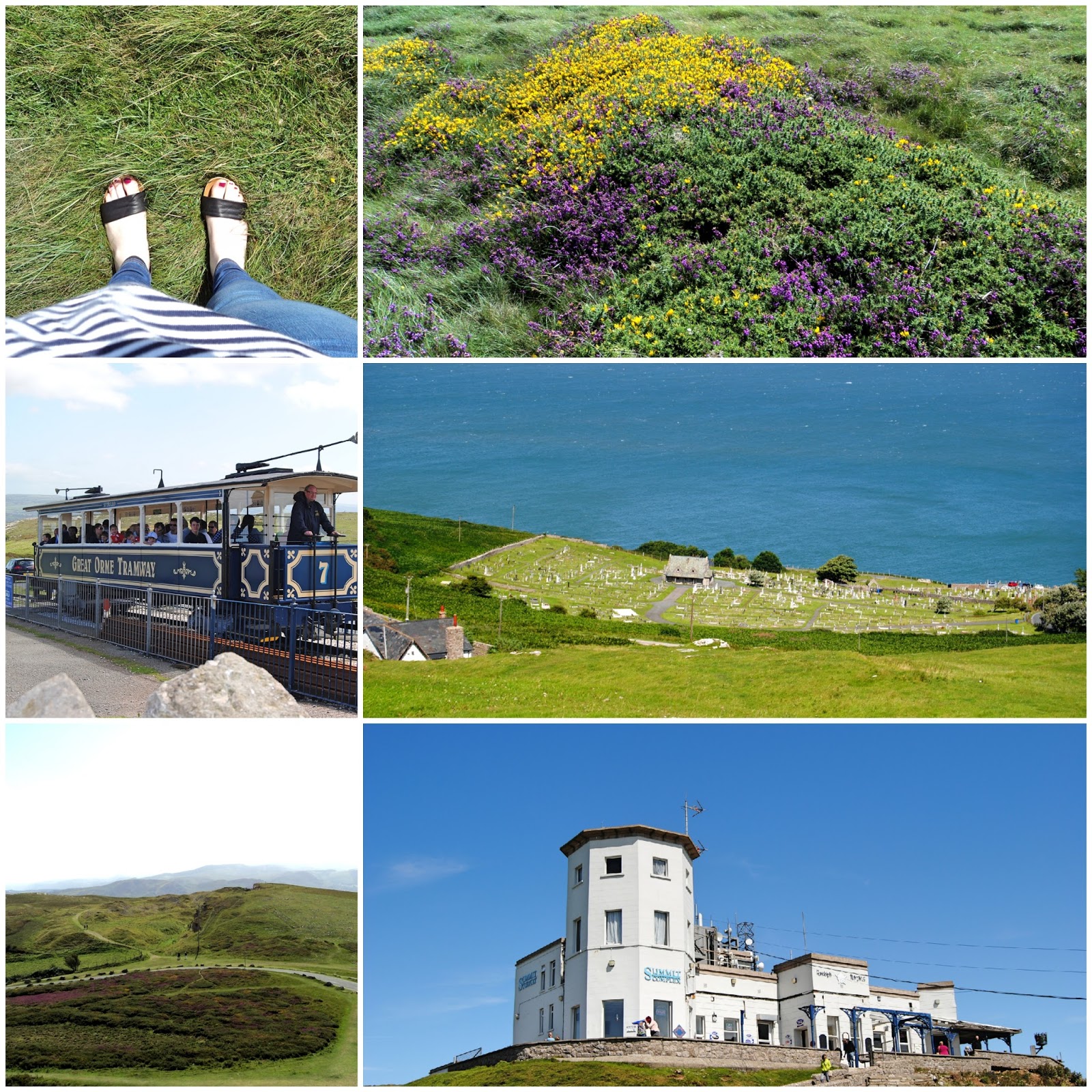 After a little trouble finding the tram to get to the top of the Great Orme, we finally made it up there, and it was incredibly windy.  It was exactly my kind of day and I could have stayed there for days.  My Nan was slightly afraid of being blown away, and I will admit that I was rather concerned for a few of the children up there, as even I was getting pushed about by the breezes.  My Mum took a few photos (some of which I have pinched for this post) while I gleefully leapt around and generally made a fool of myself.  I’m the small figure you can see in the picture below and let me tell you, I was having the time of my life; I really freaking love windy days. 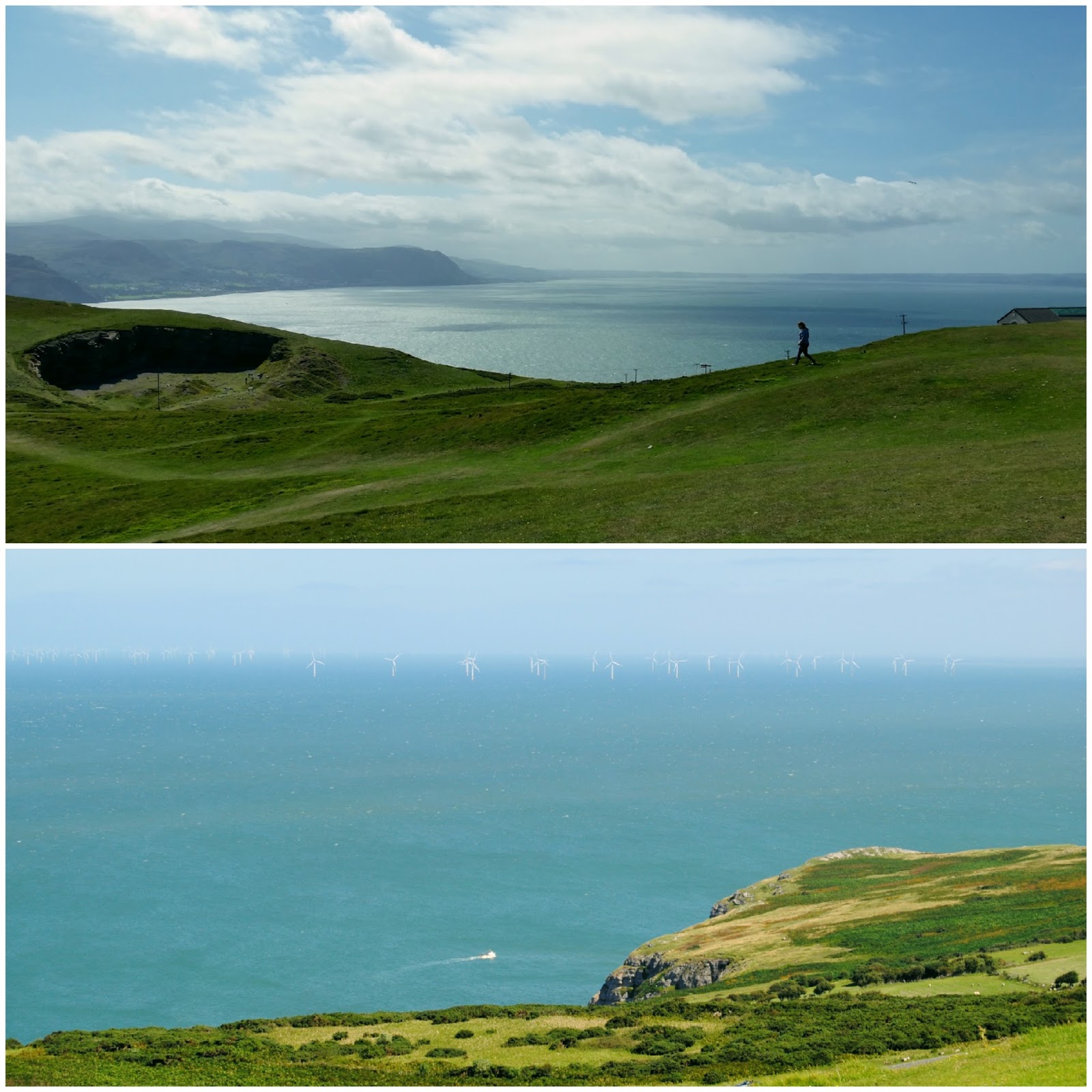 The views were spectacular, and I loved every minute of it.  The only dark spot in the day was an incident in a cafe where we had to wait for a table, and the customers who we had been told would leaving shortly, vacating a table, realised we were English and began speaking in Welsh loudly.  Unfortunately for them, we‘re not idiots, and it was pretty clear that they were going to stay for as long as possible so that we wouldn’t get a table.  Disgusted at this attitude and concluding that we wouldn’t want eat so close to such bigots at any rate, we left the cafe.  We ended up in the Orient Express Cafe, which had excellent service and food, and I highly recommend them if you’re ever in Llandudno.