There are just two months left until 2017, and there’s a hell of a lot I still want to do. It’s been a very odd year for a lot of us (and by odd I mean bloody awful), what with Brexit and those looming Autumn elections in the States. It’s been a year of break ups for me and my friends, as one long term relationship ended then another. Six of my friends and myself all either broke up with or were broken up with by their partners this year as if they had a ripple effect upon everyone else. I think it’s probably more to do with the fact that we’ve all changed and finally, properly become adults now, as we’re all around 24/25. We all figured out whether or not we were really going to commit to this, and for many of us it seems the answer was no. 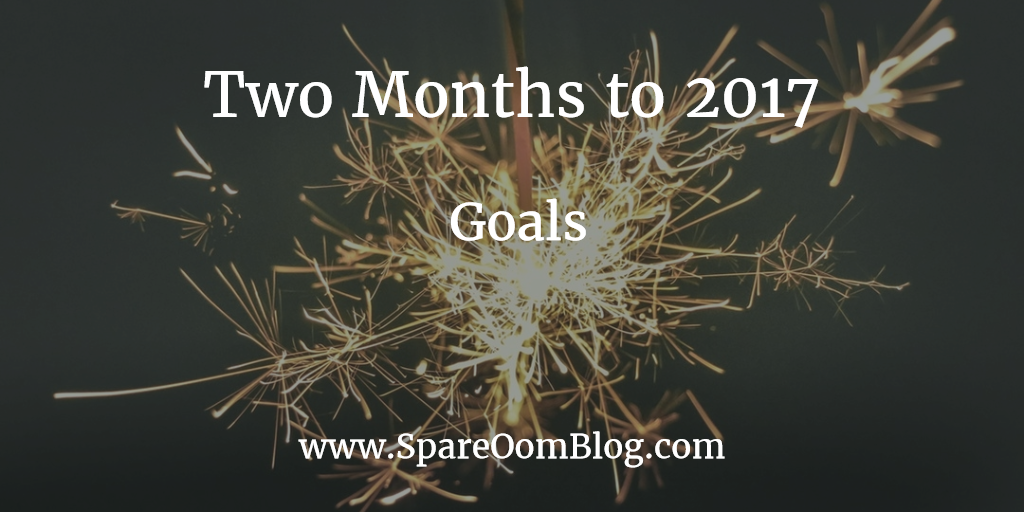 Needless to say, 2016 has been tumultuous, to say the least, but here are the things I’m determined to achieve before 2017 rolls around. 2017, no pressure but it had better be good.

It doesn’t have be an amazing job, it just has to be a step in the right direction. In truth, I’m not sure what that direction is, but I’d like to be heading towards a more creative industry; one where I can write, read, and use the skills I’m trying my best to hone through my work on this blog. I may not manage it by the end of 2016, but damn it, I am not giving up yet. The constant rejections from jobs this year as I try and figure out what to do have been tough, but I’m not quite broken.

I didn’t do the usual thing and learn to drive at 17, which I do think was for the best. I wasn’t ready then, and while I could be trusted with a lot, I think I would have really freaked out if I had attempted to control several tonnes of fast-moving metal. As it is, when I first started learning to drive a few years ago I still freaked out, but that was more to do with a terrible, shouting driving instructor and a close call with a bus; that combination caused me to swear off driving until earlier this year, when I finally got back in the driver’s seat. My test is in early November, and while I’m not convinced I’ll pass, I’m going to give it my best. If I fail, I’ll be booking it again. Nerves will be my worst enemy, so I’m hoping that even if I fail I’ll be alright and much calmer the second time around.

It’s pretty normal for people to slack off with their fitness routines as we head into Winter. It’s cold and dark, and all we want to do is snuggle up in our giraffeprint onesies with a hot vimto (that might just be me). I’ve not been running nearly as much this month, but I’m determined to get back into it for the rest of the year as I’ve really been feeling the difference. When I run regularly my mood is improved overall and I just feel more like myself. Instead of feeling weighed down by my own miseries I feel like I can handle them, and I’m just a more confident and happy person. Running definitely needs to become a regular activity again. Speaking of which, I’m typing this all kitted out and ready to go, as I’ll be off out once I’ve finished writing this post.

This month has been a good one for getting me out and about with friends, and I’d like that to continue over the next two months. I used to go out more on my own, but I haven’t done that nearly so much of late. It’s time I started taking myself on dates again, and really have some quality time out with just me.

I think that’s about it for my end of year goals, but they’re all pretty big ones so I expect I’ll have my work cut out. Right, I’m off running!

Hopefully, you’ve enjoyed this post, and if so keep an eye out as this is part of my Blogtober series where I post every day.  Check out my other posts from this month and see whether I actually manage to even think of 31 topics!