I realised how little I talk about what I get up to on a daily basis, and on the off-chance that anyone is interested I thought I would rectify that. I quite enjoy reading about the things people get up to day-to-day, because everyone has such different daily routines that seem normal to them but I would never even think of doing. These sorts of things are best in vlog format, and while YouTube is something I would consider further down the line, it’s not something I’m interested in pursuing right now. Instead, I snapped a few photographs over the course of two days and thought I’d talk you through the things I got up to, in a slightly more eventful than an average couple of days. Sunday literally just consisted of me going to the doctor and being prescribed loads of stuff for my skin, followed by general wallowing because my skin is mean to me. Fortunately, I was working from home on Friday, and finishing at 3pm, meaning that I actually go up to a fair amount in what ended up being a semi-day off. 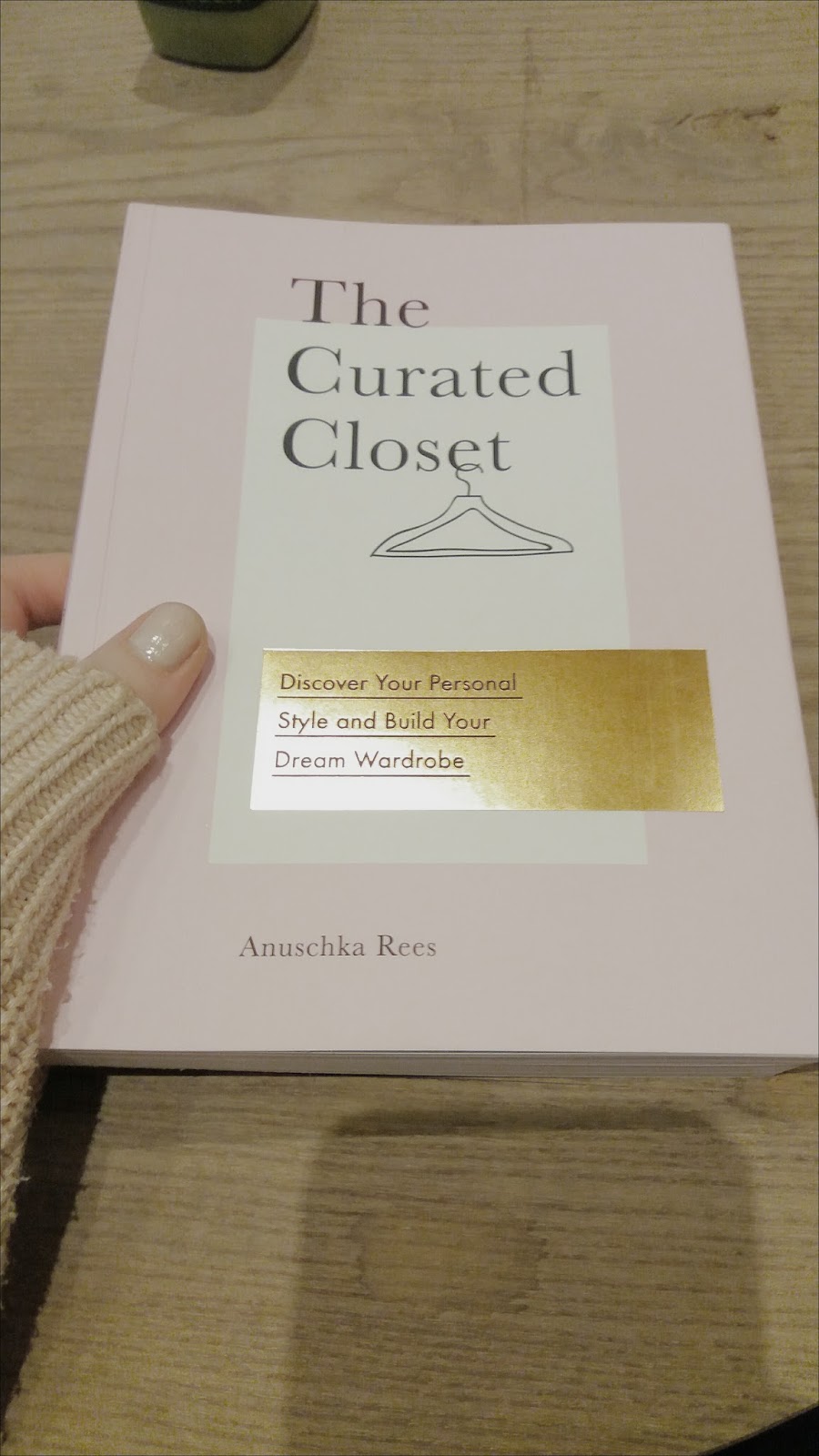 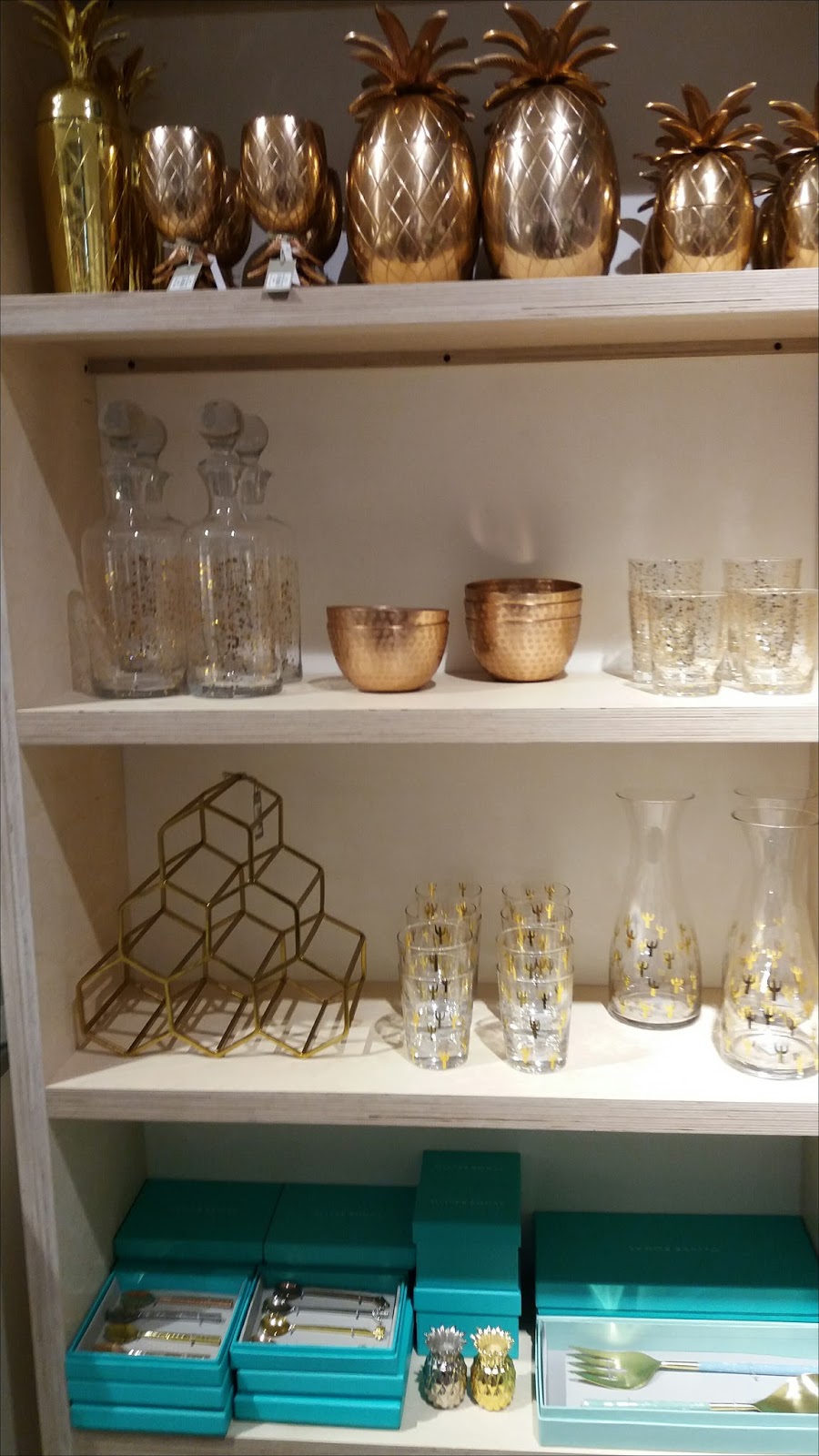 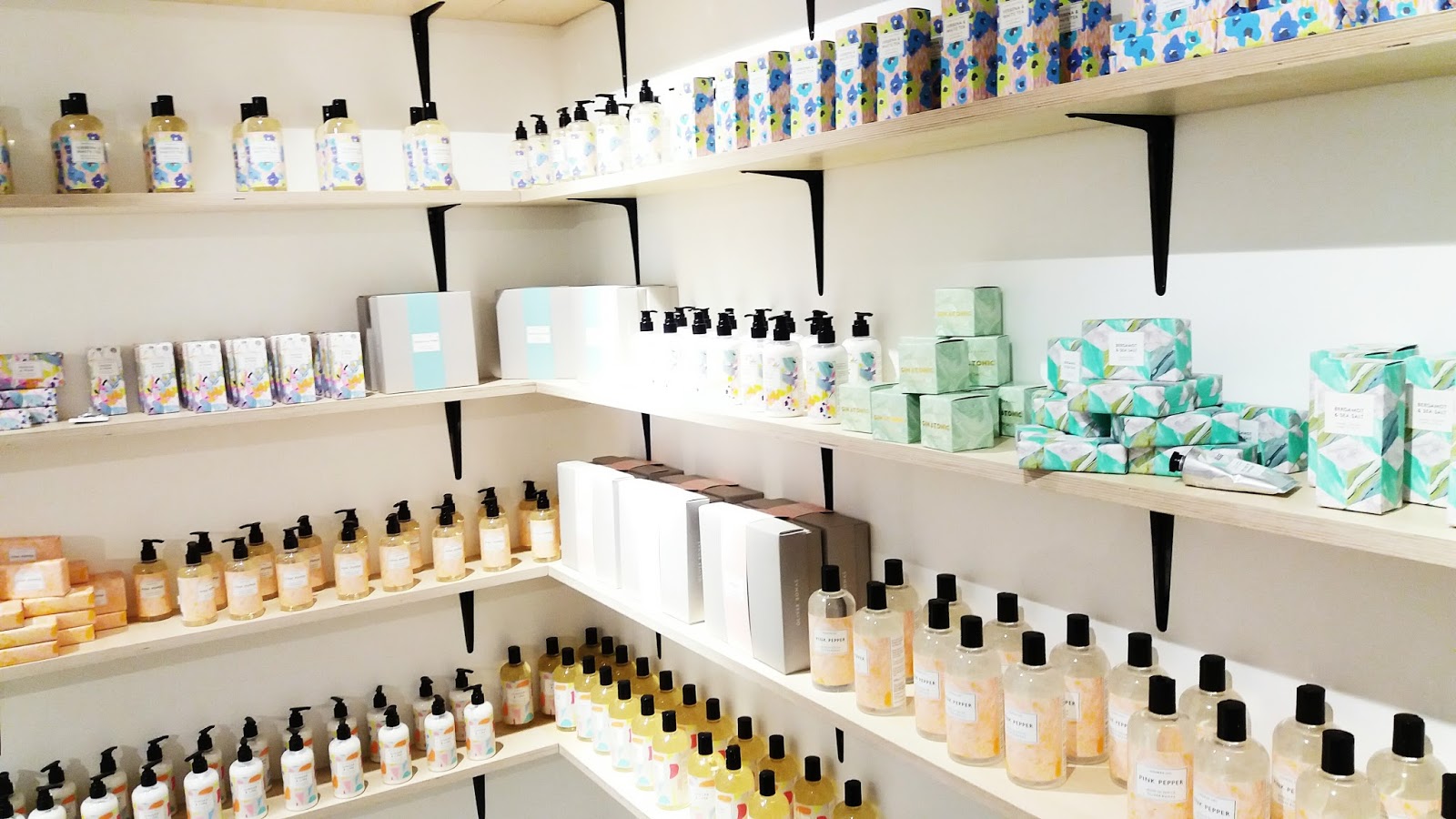 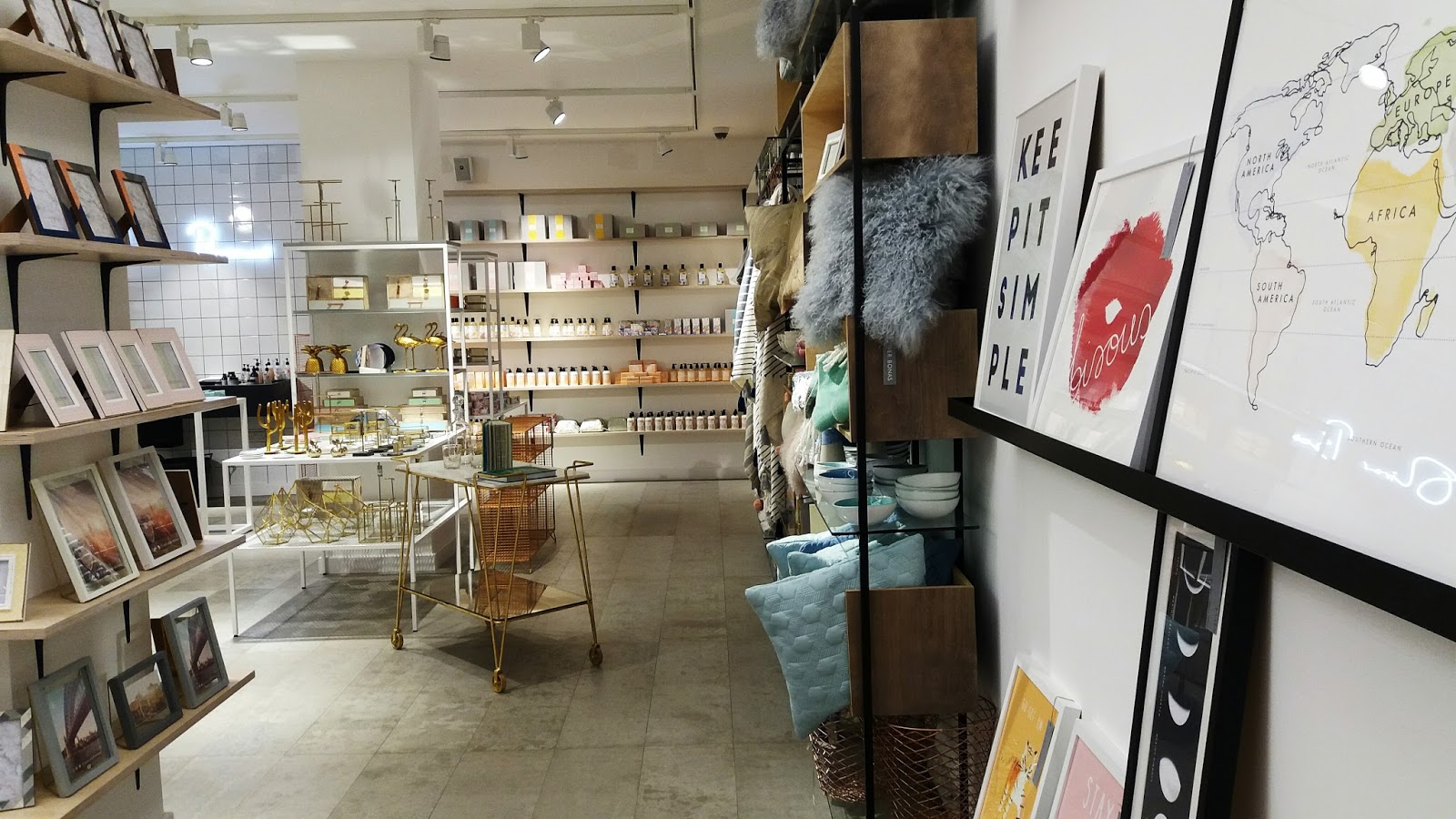 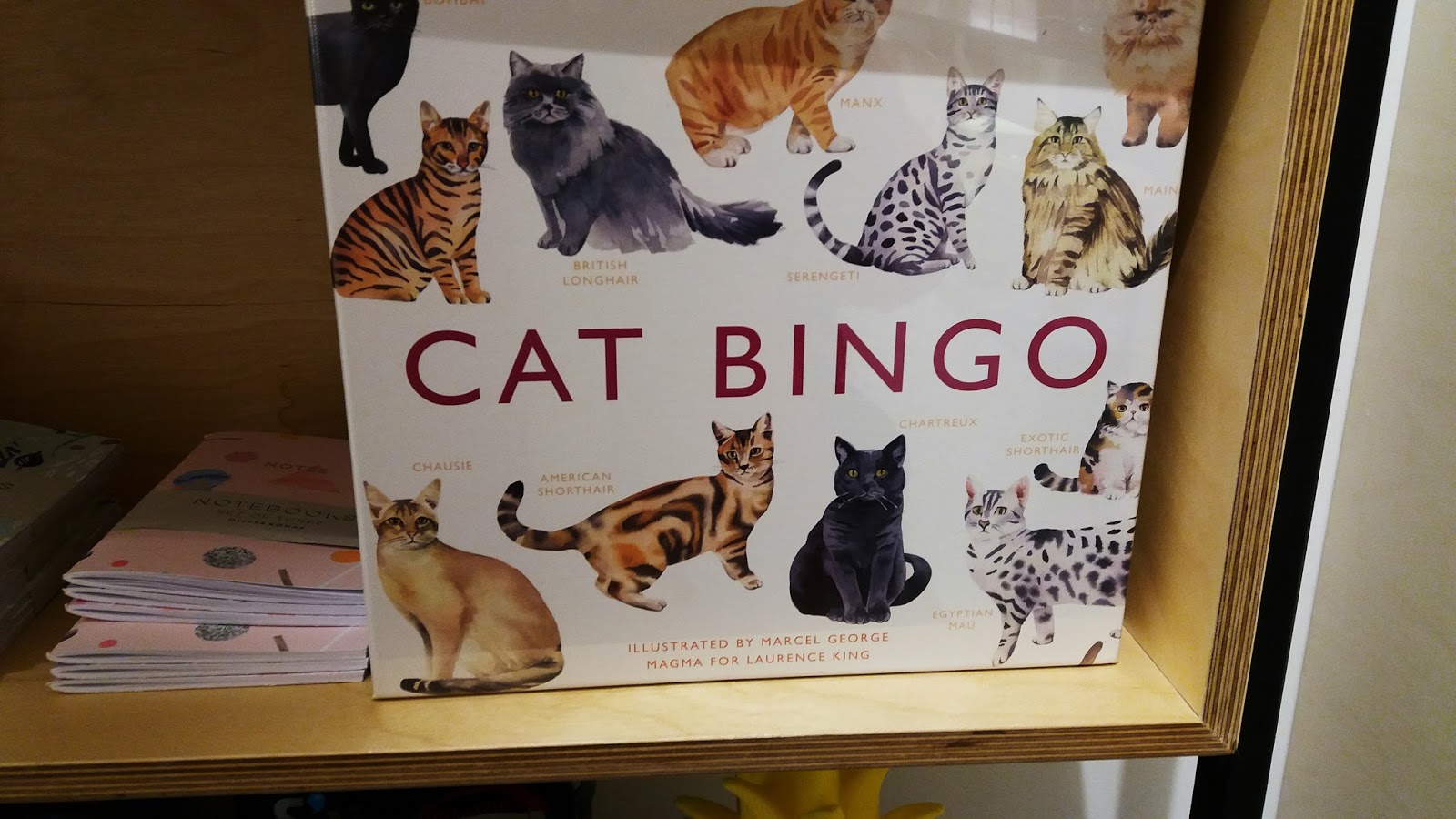 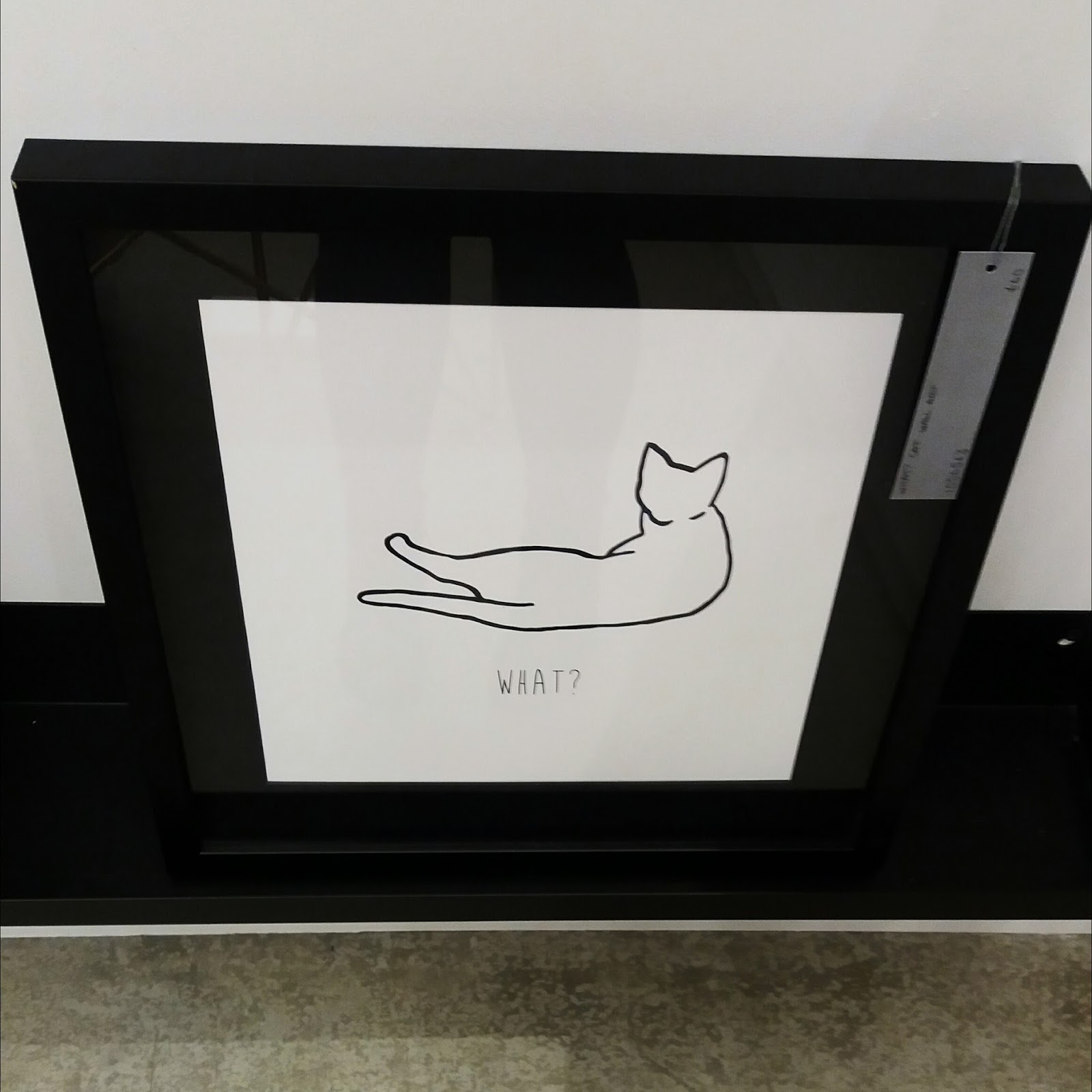 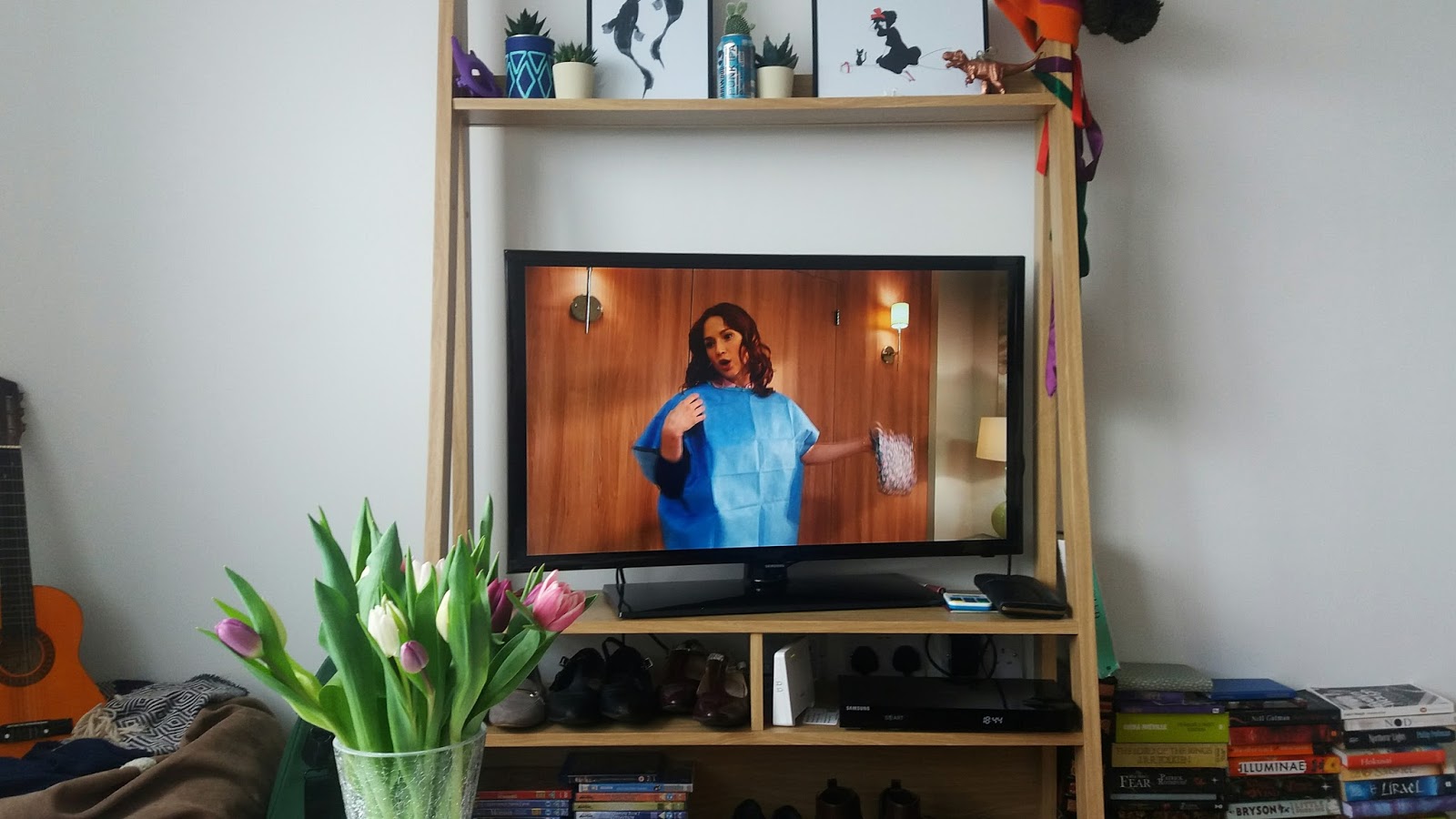 I worked from home all morning as a guy came from my letting agency about my leaky roof, who basically told me there was nothing he could do right now and then went away again. Fat lot of good he was. My fringe was in dire need of a trim, so I packed up my laptop and heading into Manchester city centre, which is about 10 minutes on the tram. I was just wearing some lazy weekend clothes; black jeans, extremely scruffy black boots in need of a clean, a Breton stripe t-shirt and my favourite orange-red coat with my little burgundy fossil bag, and my laptop in a Topshop tote bag over my shoulder. After getting the mop trimmed so that I could actually see again, I settled down in a Caffe Nero to work for a few hours. By work I mean work for half an hour, then get distracted and end up reading my latest purchase: The Curated Closet by Anushka Rees. I’ve since finished this book and loved it, and now need to win the lottery so that I can go back through it and follow all the steps to sort myself out with a brand new wardrobe.

By the time I had finished work at 3pm I was pretty sick of sitting in Nero, and while I could have just gone home I fancied a bit of a wander. Naturally, I ended up in what is my current favourite shop, Oliver Bonas. There’s been a little Oliver Bonas in Piccadilly station for a while now, but they opened a big shop up near Lush and M&S earlier this month. I’ve always adored their homeware, and it’s almost painful every time I go in because I want absolutely everything. I restrained myself this time and bought two little gold cactus print glasses, which are now my favourite thing in my flat. I took several pictures inside because, damn, that shop is gorgeous. I considered buying Cat Bingo for my Mum, but she has banned all cat-related gifts because her house is become a bit saturate with them. I kind of want the cat print for myself, as it reminds me of my cat back home who has no time for anyone’s shit. After a brief wander around & Other Stories and Zara, I headed home and basically vegged out for the rest of the day watching the Unbreakable Kimmy Schmidt. 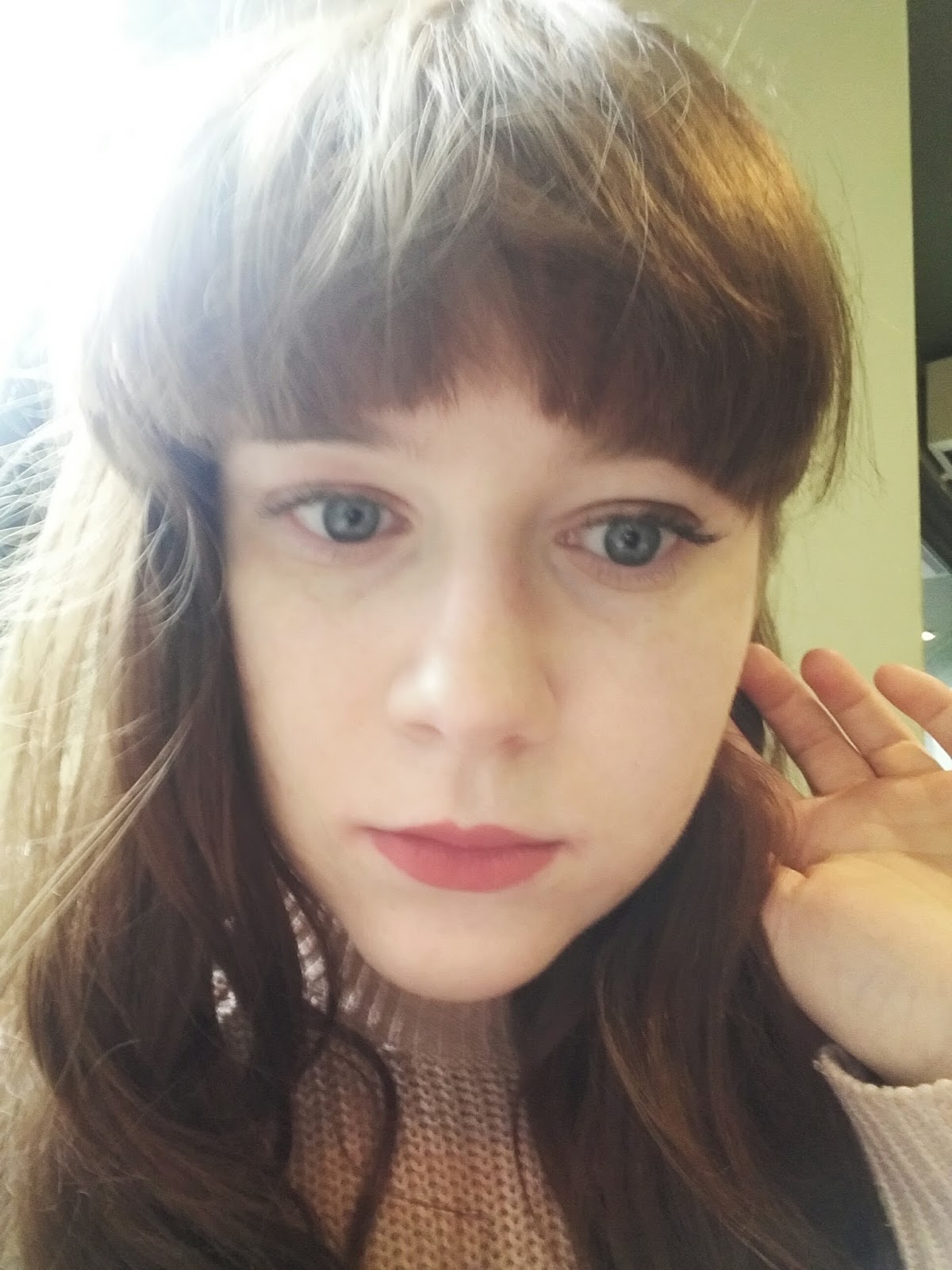 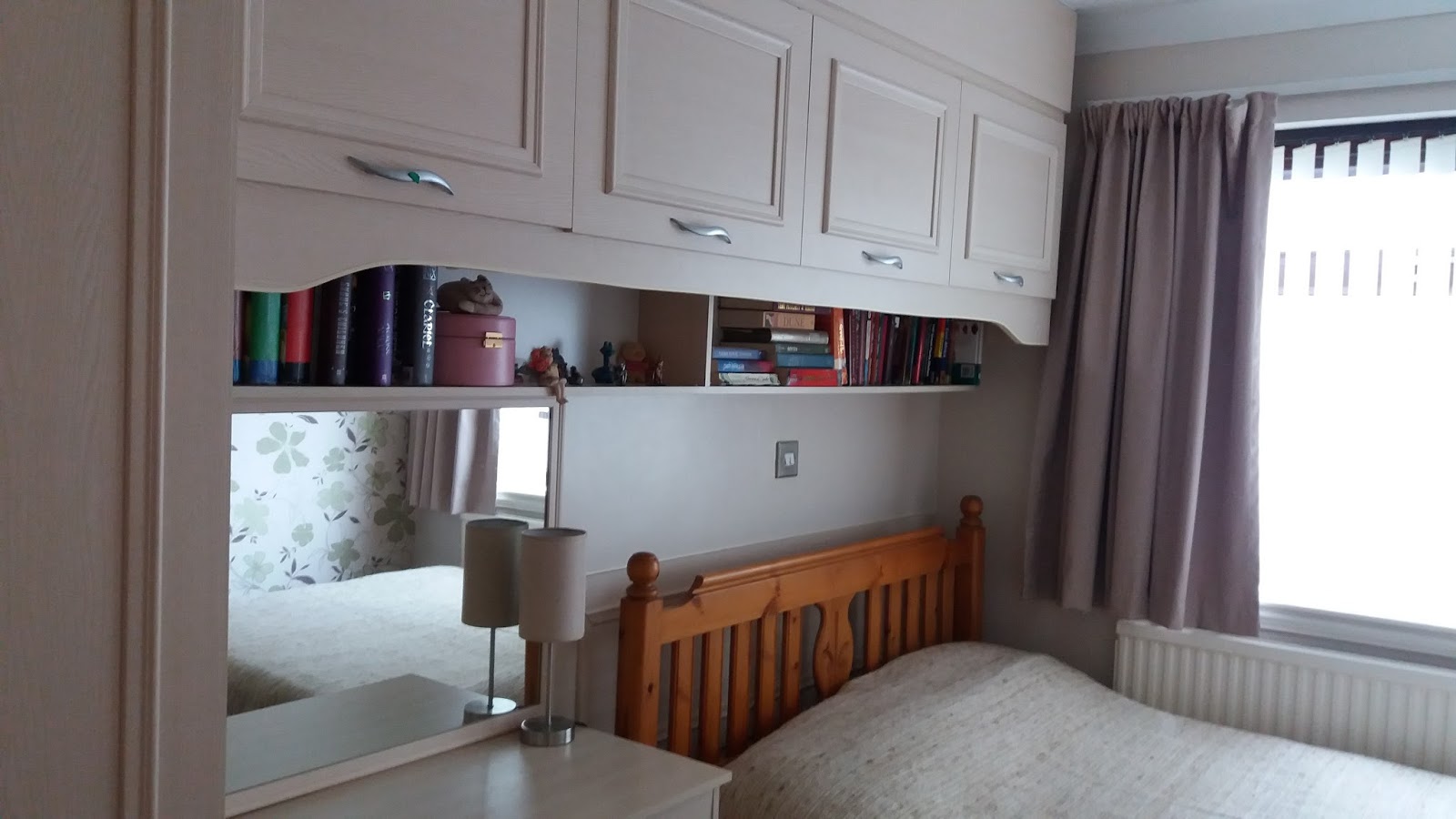 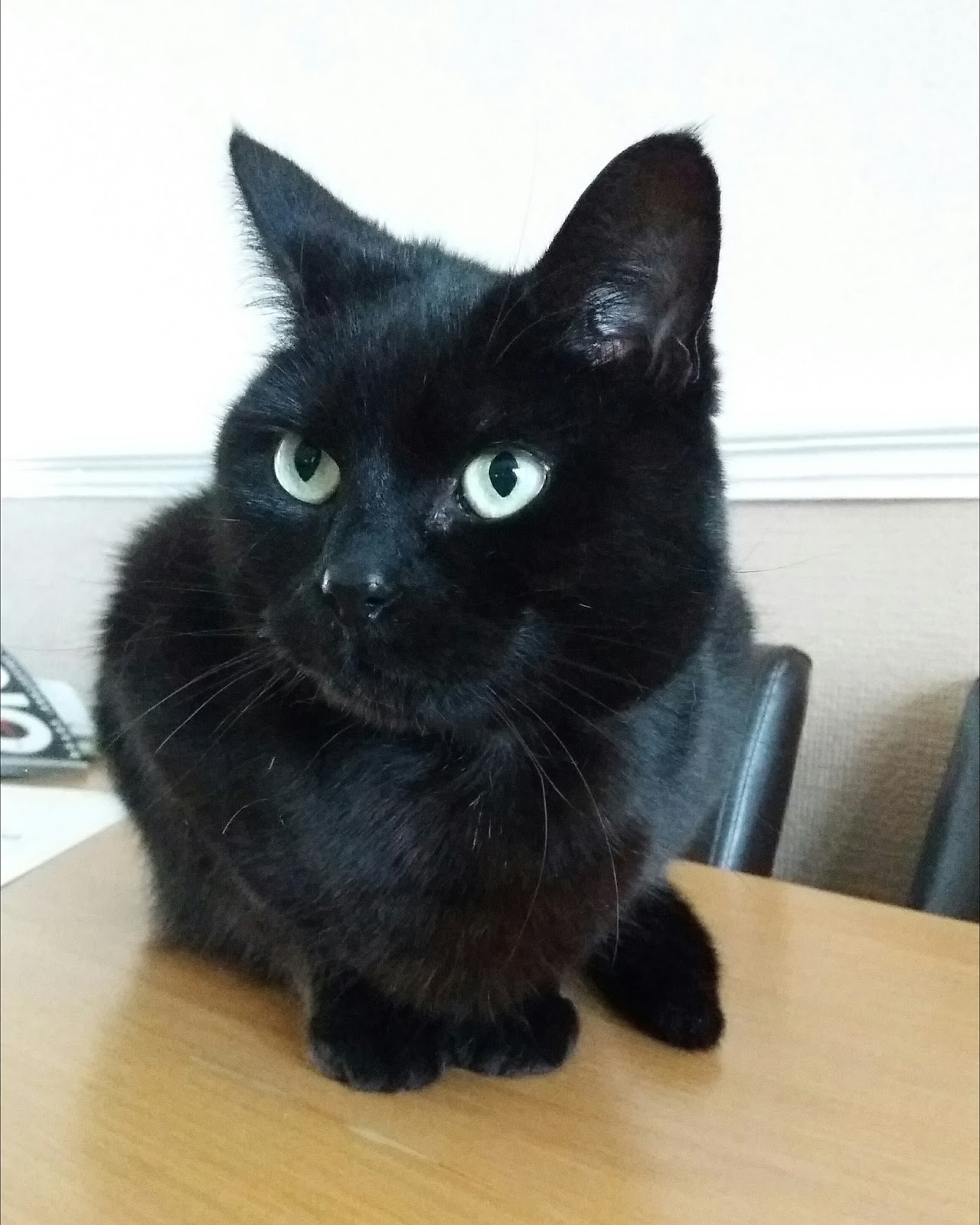 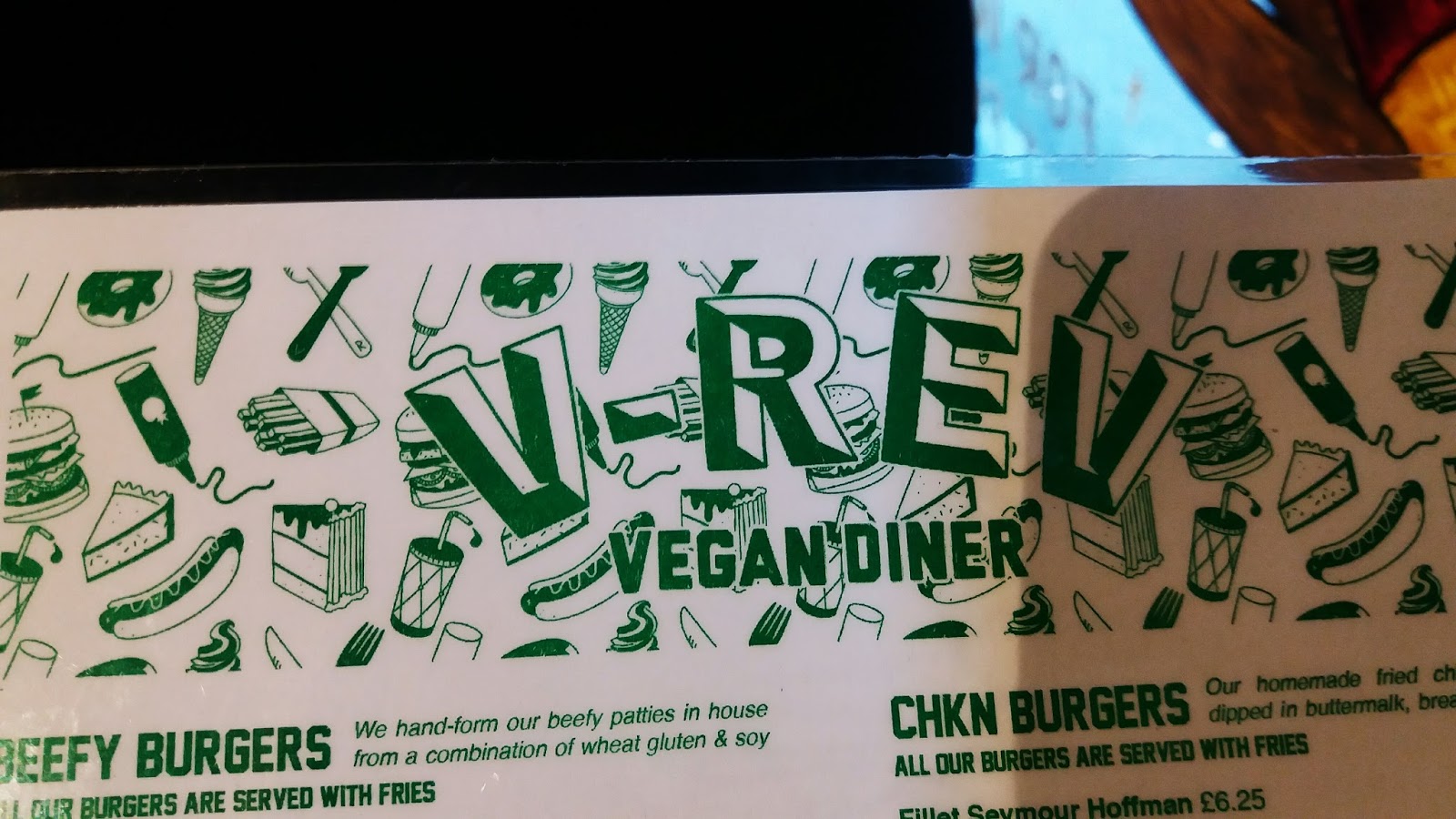 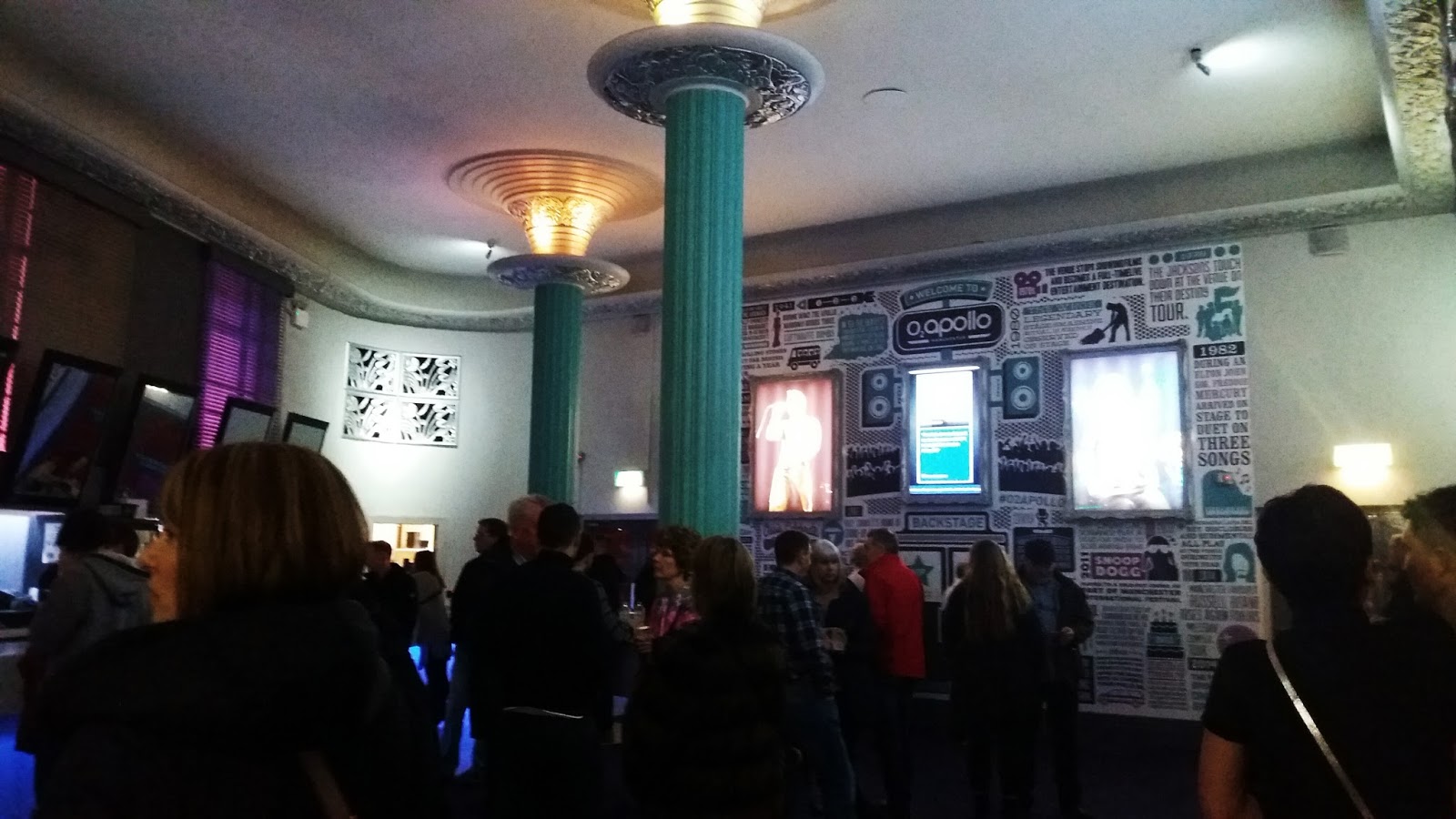 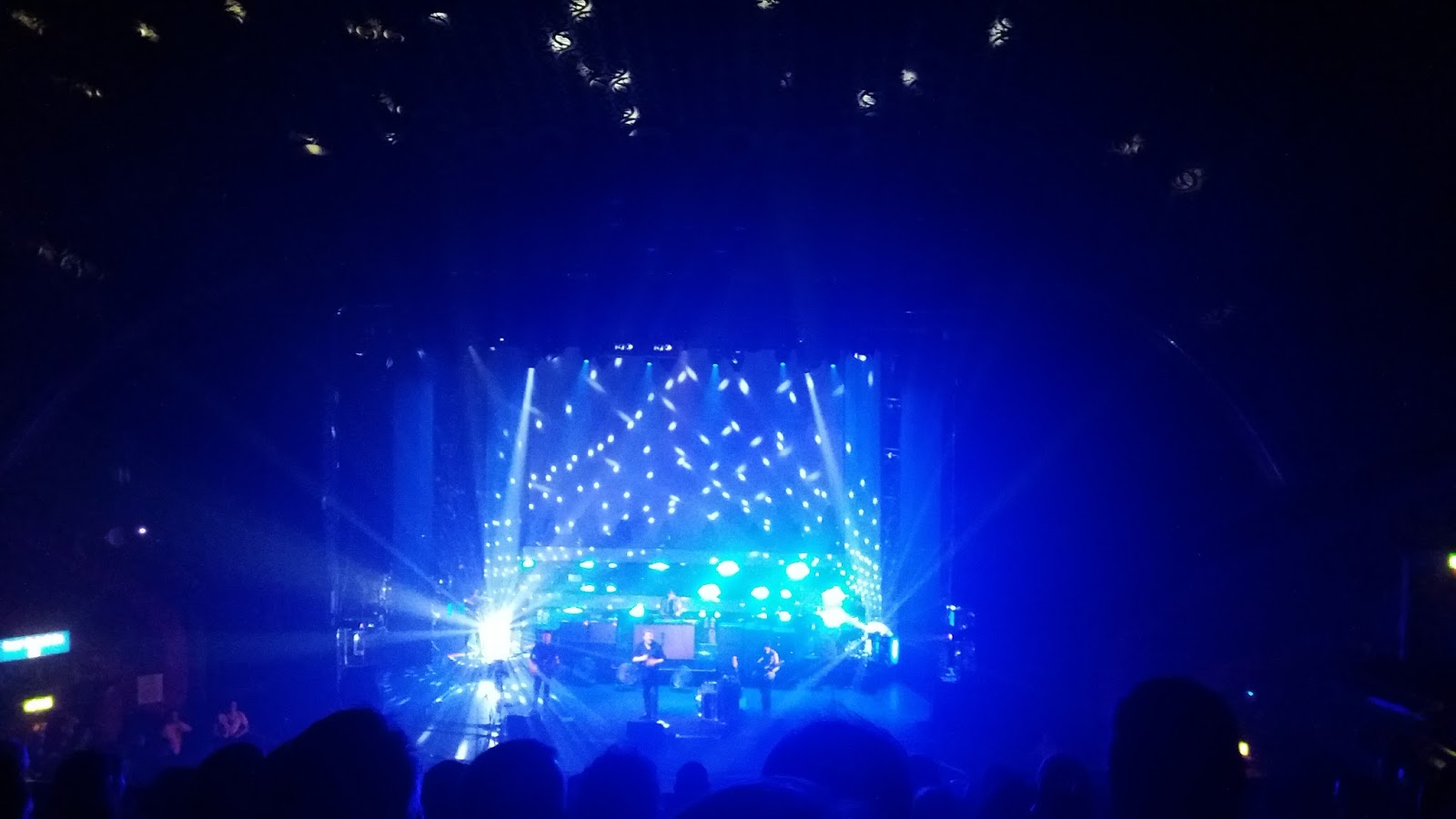 Excuse the knackered selfie, but I find that putting a face to a name helps with personal posts like this. Saturday was a kind of early Mother’s Day for me, as my Mum and I had tickets to see Elbow at the Apollo that night. She planned to drive to Manchester with a few bits from home that I needed (an airbed, two dresses, some sandals, a bag of compost, several plant pots, a shower curtain and several jars of Thai Red curry paste). She remembered all of that rather lengthy list, but just as we’d finished unloading the car and were congratulating ourselves on a job well done, she realised that she didn’t have her handbag. The handbag with her money, phone and the tickets. While my Mother was kicking herself and I just found it funny, we postponed our plans for a late lunch and jumped back in the car to drive back to my Mum’s. Fortunately, it’s only about 40 minutes away when the traffic is good, which, astonishingly for a Saturday, it was. I went with her primarily because I wanted to see The Cat and also to actually spend time with my Mum since our time in Manchester was cut short by her impressive memory.

I always find it a bit weird going back to the room I grew up in and seeing it all beige and empty. Sure, there are still shelves filled with my books, but it just doesn’t really feel like my room anymore. Clutter and I go hand in hand, and there just isn’t any. I liberated several books and brought them back to Manchester with me so my slightly wobbly stack of books in my living room has grown. I got to see The Cat! Her name is technically Willow but I always seem to end up calling her The Cat regardless. She’s about five now, but we’re not sure since she was a rescue cat and we don’t know anything about her background. She was basically a replacement for me when I went to uni so my Mum could feel like she didn’t have an empty nest despite my brother still being there. I don’t know who should be more offended; me for being replaced by a cat or my brother for being deemed insufficient company and a cat being required to supplement him.

After making sure we definitely had the tickets this time, we headed back to Manchester for a later meal than planned at V Rev, Manchester’s only 100% vegan restaurant. It’s basically vegan fast food, and I think my Mum, who only became a vegan late last year, was craving a burger. She’d read rave reviews about how it was the best vegan restaurant going and it’s won numerous awards, so it’s safe to say our expectations were high. I’m not vegan or veggie, but I’m always open to new food and experiences so this was right up my street as well. Unfortunately we were actually a bit disappointed; V Rev didn’t live up to the hype. My pizza fries were good, but my Mum’s Vietnamese fries were cold. I had the the Jerry Zinger chkn burger, pictured, which was pretty decent! It didn’t taste like chicken, but the hash brown and hot sauce combo was excellent. I just couldn’t get past the texture of the actual burger; it wasn’t like meat, which I wasn’t expecting anyway, but the it made the whole burger a bit too soft and mushy. It needed a bit more variation in textures. My Mum felt the same way about her Return of the Mac Beefy burger, although she said that the sauce was amazing and it really did taste like a Big Mac. V Rev was okay, but I don’t think either of us would go again.

After chilling at my flat and drinking tea for an hour or so, we drove over to the Apollo where we met up with a friend of my Mum’s who is an absolute babe and always has me in stitches, so I was glad he was joining us as I hadn’t seen him in several months. The Apollo is an old building that’s quite grand on the inside, but I didn’t manage to take any pictures aside from the one above from inside the Circle bar. I was excited to see Elbow again, as I last saw them at T in the Park yonks ago. They were even better live than I remembered, and they played all of my favourites, even the slightly less popular ones. My boyfriend and several of his friends were out for a birthday that night and I considered joining them, but I was that knackered after the day that my Mum just dropped me at home and I went straight to bed like a little old lady! I had an early start for my appointment the next day anyway, and it probably wouldn’t have been good form to show up at the Doctor’s hung over.

So there you have it! That was two days in my life! If this post goes down well I may do more like it as I actually really enjoyed putting it together. Peace out y’all (I am not American at all, I just like saying that).