First things first, I was very tired when I took these photographs and my photography isn’t the best even when I’m awake.  The results are a little odd and not fantastic, but they do feature bizarre objects such as a dinosaur planter and several pens.  Neither of these items are at all related to the post, yet for some reason I, in my semi-conscious state, decided they would add something to my flat-lays.  The dinosaur planter is pretty great though.

I’m a big fan of sci-fi and fantasy in all their media, and TV shows are no exception.  I’ve picked out three of my favourite shows to highlight for you as I think they’re all exceptional in different ways. 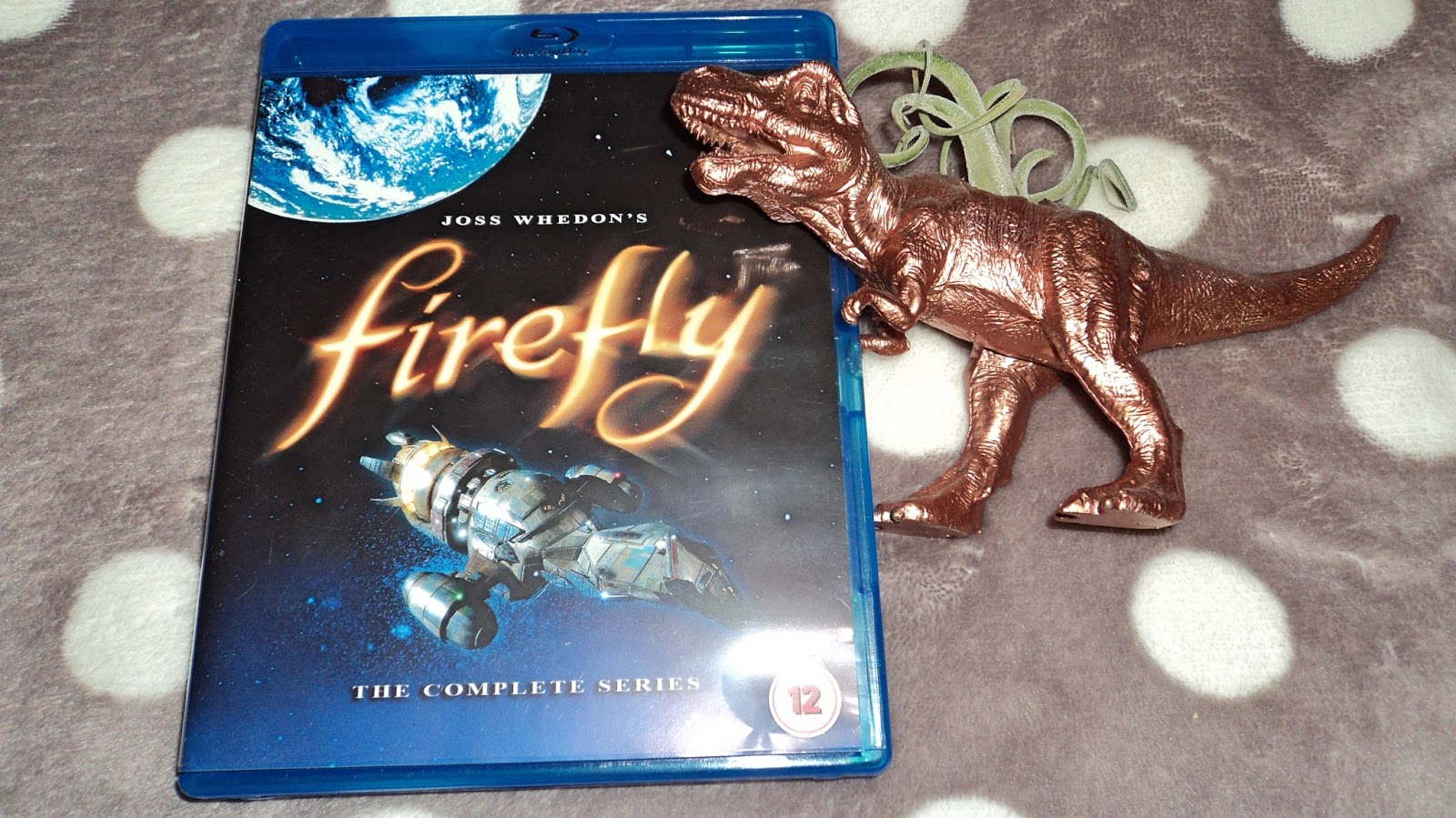 Firefly is a bit of a cult favourite; it was canceled by Fox before its first series was complete, much to the dismay of fans.  It was only after the controversial cancellation that Firefly became such a fan favourite, with a film, Serenity, following not long after.  However, the series was never picked up again, and many fans were left wanting more.  Head to any comic con and you’re bound to spot a browncoat.

Firefly is a true space-western, and while the world it paints for us is wonderful and hopelessly damaged by past rebellions, it’s the characters that propelled this to such success.  We follow Malcolm Reynolds ‘Mal’, and his crew of serious misfits in their smuggling adventures across the galaxy, as they manage to get on the wrong side of pretty much everyone.  Every episode has witty dialogue that is infinitely quotable and funny, while often the light humour is the only bright spot in a very dark story.  I adore this series, but I think the episode ‘Jaynestown’ is my favourite, purely for a particular reveal that always leaves me in stitches. 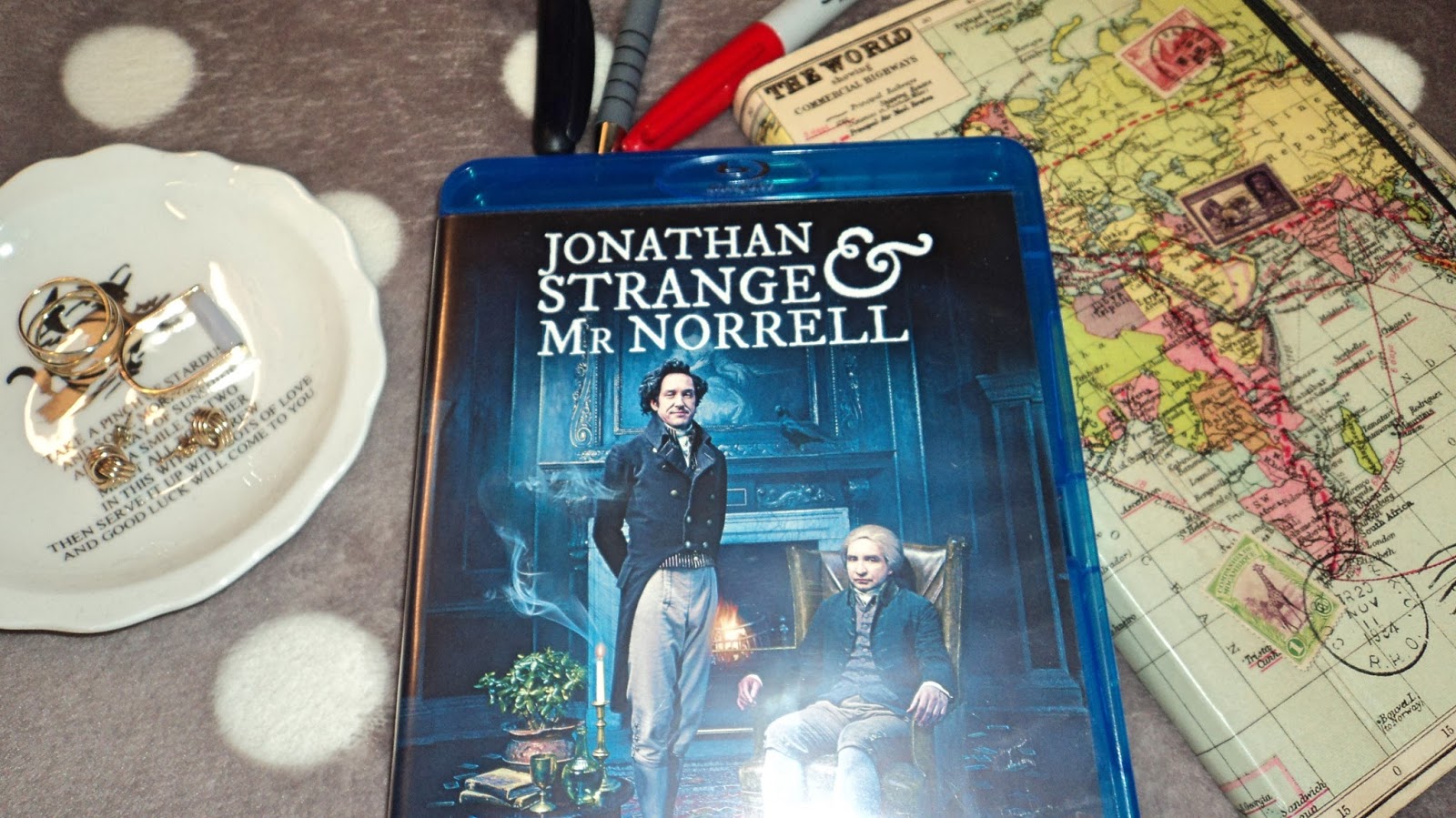 Jonathan Strange and Mr. Norrell is a BBC adaptation of the novel of the same name by Susanna Clarke.  I find BBC adaptations can be a little hit and miss, but this one was utterly brilliant, for which I am extremely grateful!  I loved the book, but found it quite heavy going and tedious in parts, and the TV adaptation, being able to play with different perspectives a little more, prevents this.

This is an alternate history set during the Napoleonic Wars in a Britain where magic once existed but has been extinct for hundreds of years and is considered to be unrespectable as a hobby for gentlemen.  Jonathan Strange and Mr. Norrell are two very different men who just so happen to both be able to perform magic, but with very different ideas on how and why it should be used.

As magic begins to seep back into the world with the rise of Strange and Norrell, other, less human things are also returning.  This
is a tale of faeries in the stories told to scare children, and of ancient kings who are far from
benevolent. 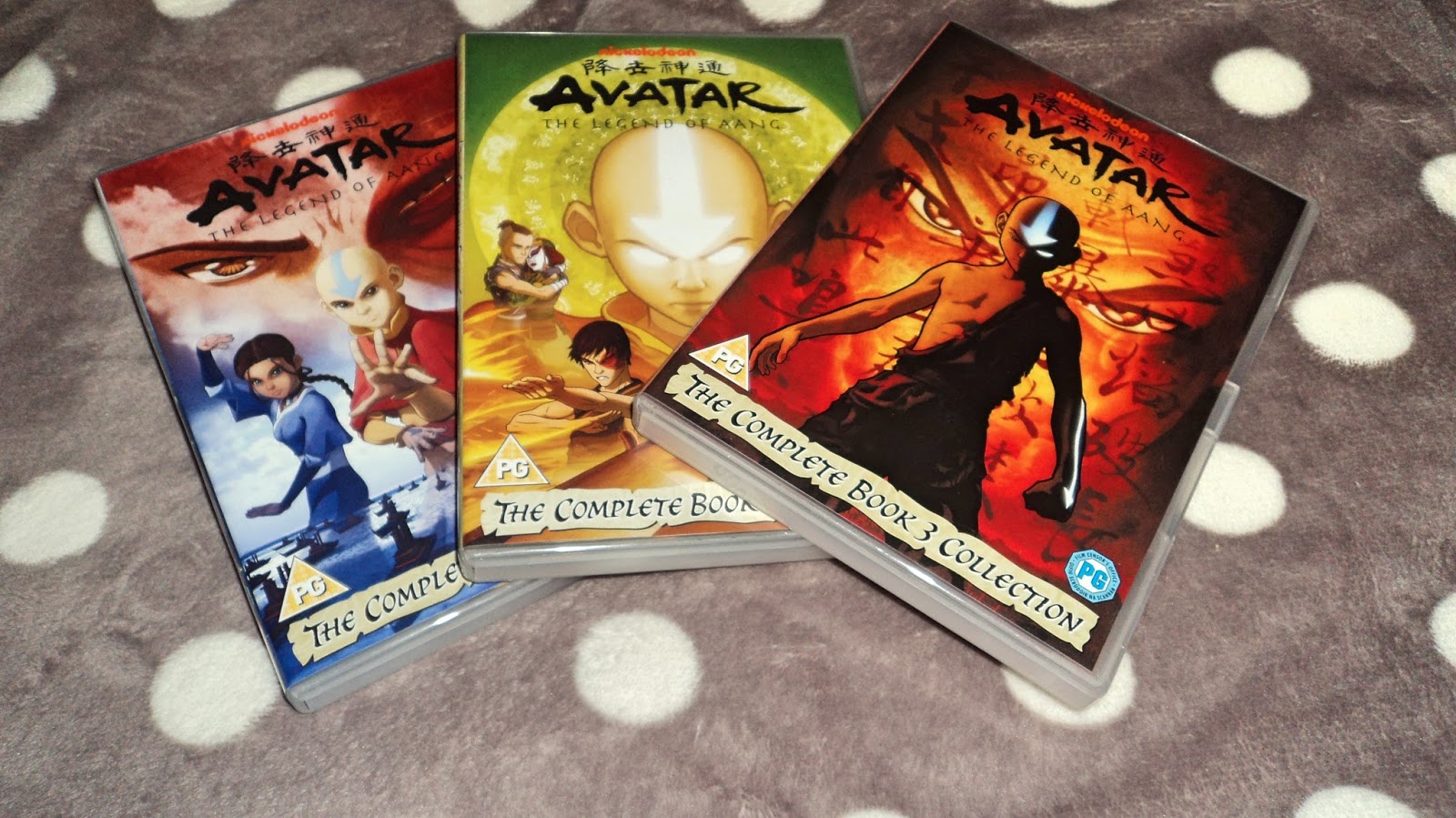 I realise that animated series are not to everyone’s taste, and this one is aimed at children, leading many to reject it out of hand.  In the case of The Last Airbender (not the movie; we do not talk about the movie, it never happened) it’s worth a watch.  This series explores the world of the Avatar, where four different nations each have people who are able to control an element; fire, earth, air and water.  The world has been at war for over a hundred years, and the latest incarnation of the all powerful Avatar has been missing for all that time.  The Avatar, reincarnated thousands of times over, is the only person who can control all four elements, and is tasked with maintaining peace in the world.  When the new Avatar is discovered at the Southern Pole by a pair of siblings, they join him on his journey of discovery to learn how to control his abilities and ultimately end the war.

Once again the real strength of this TV show is in the characters, as the main cast are fully fleshed out people, with significant flaws and strengths.  The series explores the horrors of war, the prejudices of different cultures and ultimately, the idea that people can change for the better.

It’s worth giving this series a few episodes, as the initial ones are heavily filled with exposition to explain the world, but it goes from strength to strength.  The animation is also stunning, particularly in series two and three.

I realise that these may not be of interest to everyone, but if you’re looking for something new to watch these could be something to consider!