First things first, this took me absolutely ages to read.  At only 390 pages, it still took me weeks to get through what I would normally read in a few hours.  The reason for this is not that The Road to Little Dribbling was in anyway complex or difficult to read, it was simply that I found the first 150 pages intensely boring.  It was a hard slog to get past them, but around the 200 page mark Bryson regained his usual wit and the book began to be interesting and amusing, more in the vein of his past works. 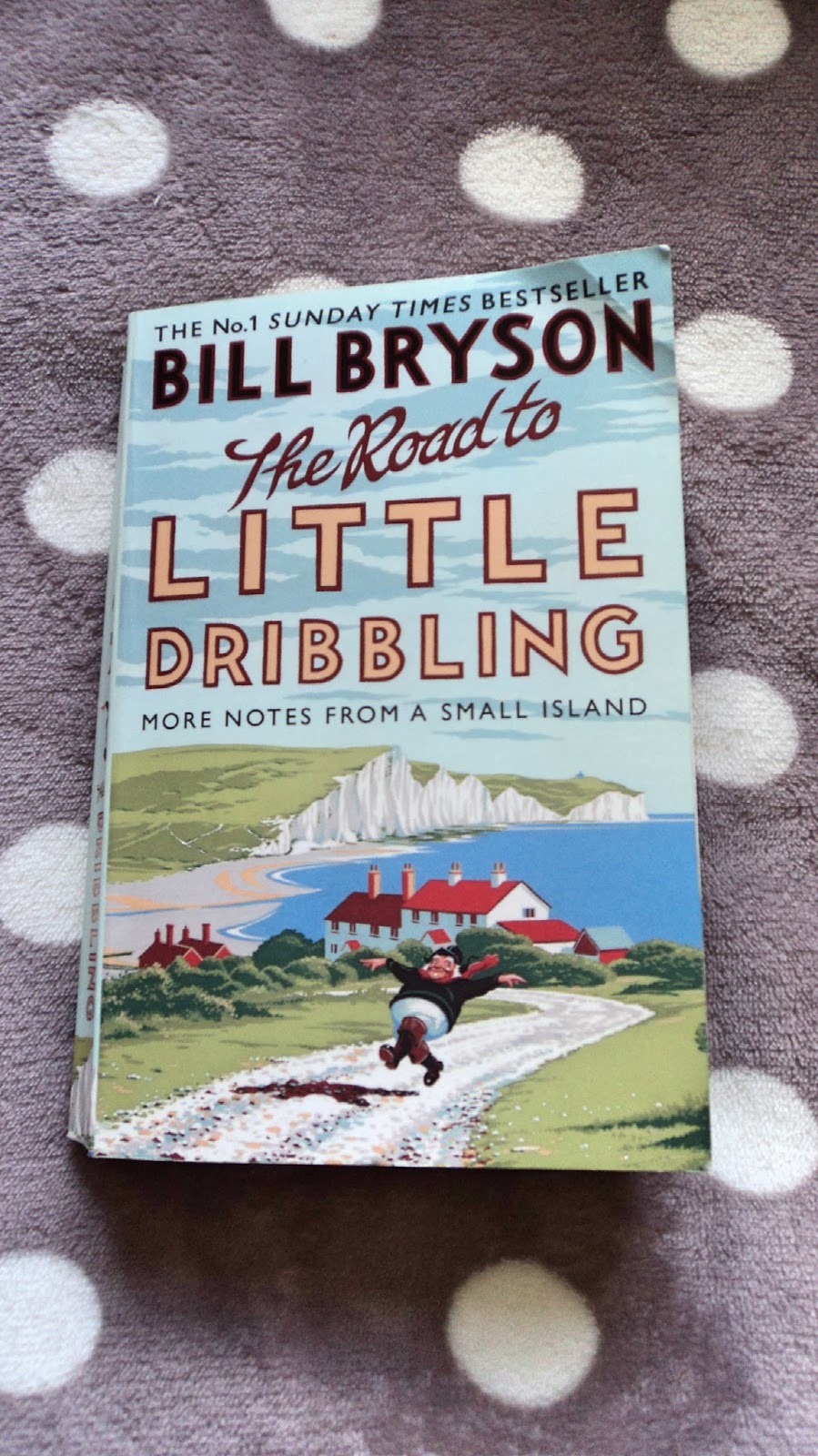 I’m not sure what it was that left me in such despair for the first third of the book.  Bryson was travelling around areas unfamiliar to me, but I have enjoyed books about far flung places many times before without wanting to die, so I don’t think it was that.  However, I am very glad that I persevered with Little Dribbling.  The book flew by with many hoots and giggles, and I’m still not entirely sure what changed.

I particularly liked the illustrations for the chapter headings throughout the book, and ended up photographing a few of them for this review; I really am quite taken with some of them. 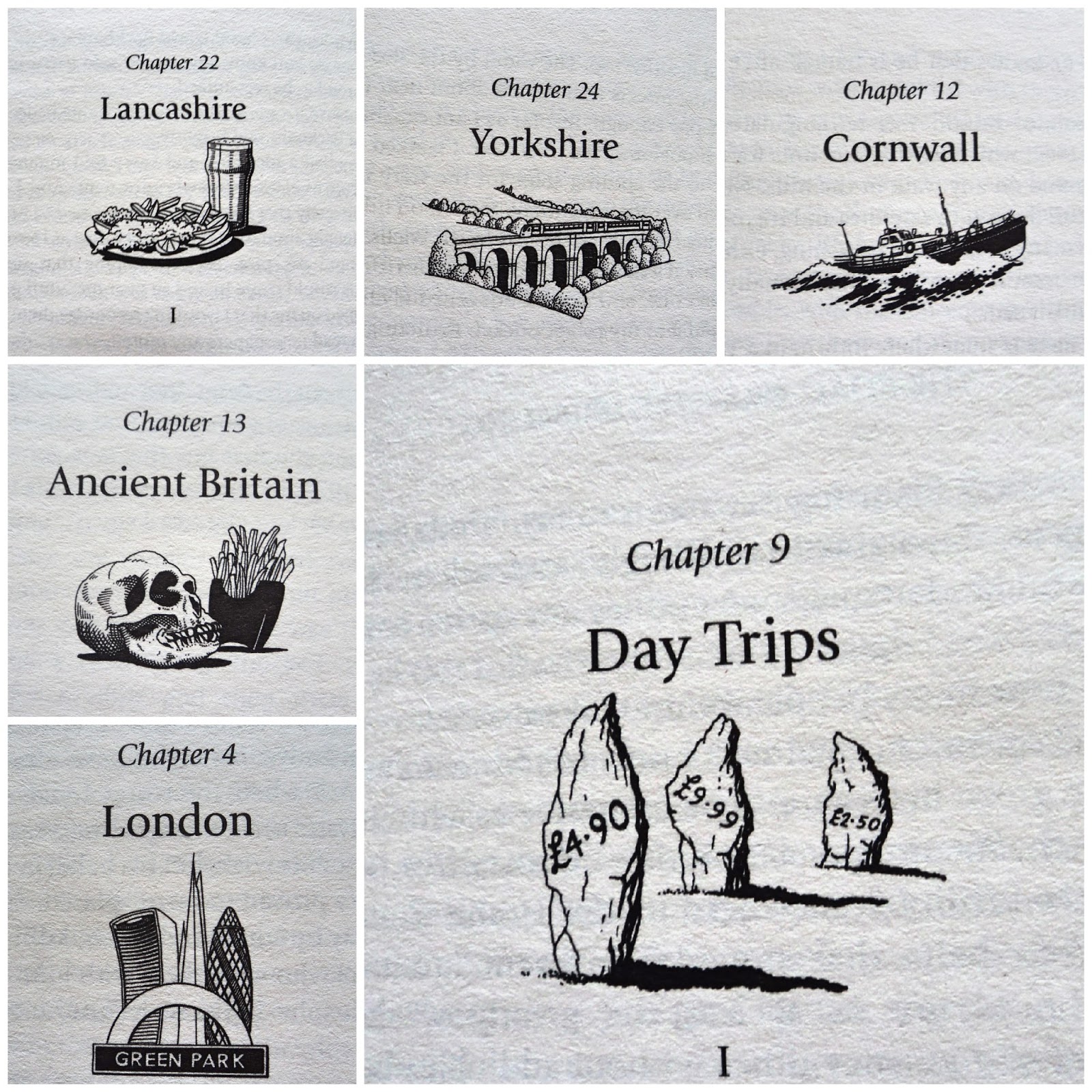 Despite the weak start to Little Dribbling, I ended up really enjoying it, and learning a great deal of useless facts which will probably resurface while slightly tipsy at a pub sometime, and I’m optimistic that others will find the stories of the first man killed by a train and the first man to break the four minute mile entertaining, and I’ve now concluded that the answer to Britain’s failing economy is to start being mean to Quakers.

Bryson is as astute in his observations of the British populace as ever, sometimes making me grin with an odd sort of national pride, and at other times frown in a vague concern for the perceived declining morals.  If ever there was a man to make me feel uncharacteristically patriotic, it’s an American man named Bill Bryson. 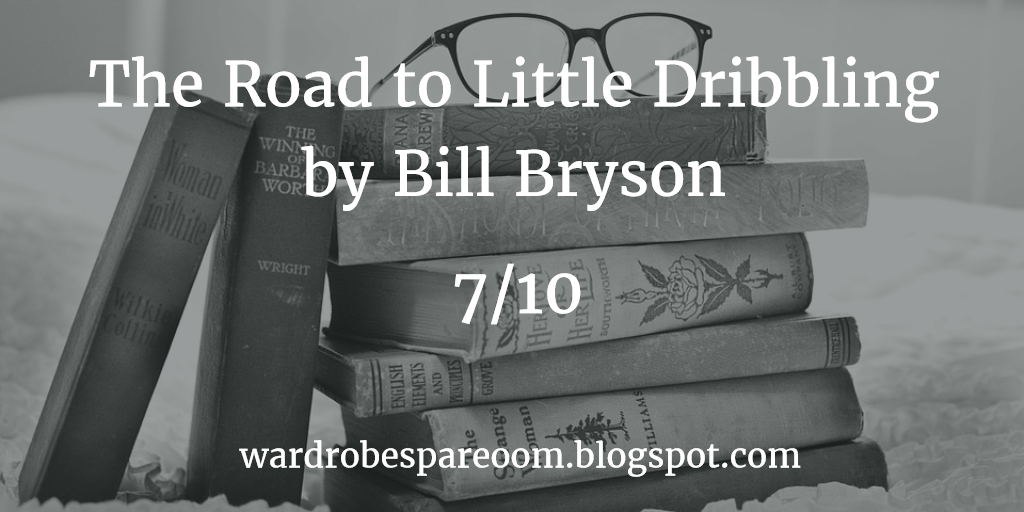 The Square Root of Summer by Harriet Reuter Hapgood

The Trees by Ali Shaw

The Nemesis Charm by Daniel Ingram-Brown