This is basically my own personal GET HYPED post because Goldenhand, the latest in Nix’s Old Kingdom series is due to arrive in my doorstep any day now.The UK publishing house, Hot Key Books have been running an Old Kingdom read along throughout September, and I’ve been re-reading my own copies as well. 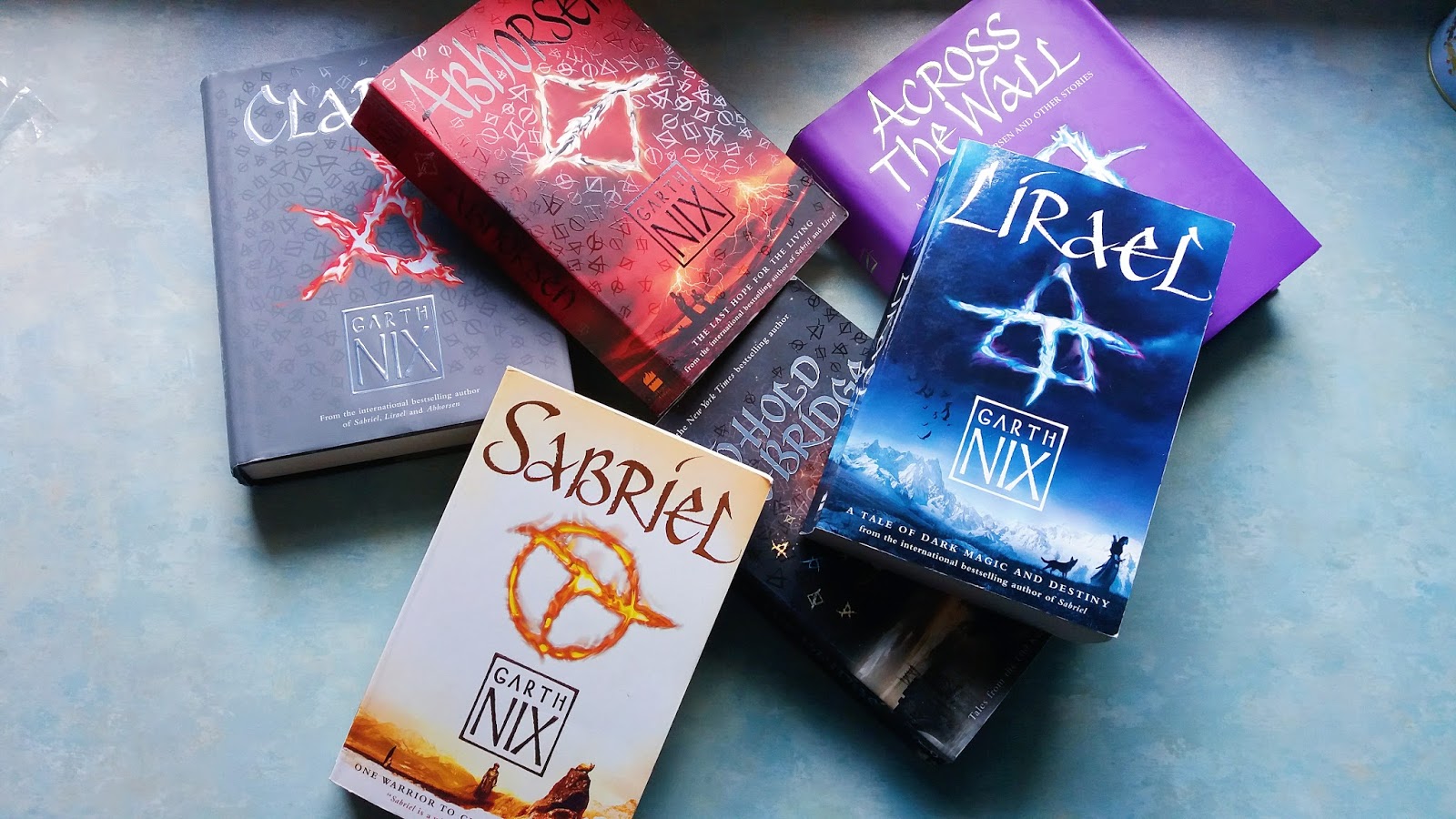 Although the timeline jumps around a bit, I would still recommend reading the series in publishing order, which Sabriel, Lirael, Abhorsen, Nicolas Sayre and the Creature in the Case and Clariel.The short story To Hold The Bridge is also set in the Old Kingdom, and is worth a read, but unless it connects to the events in Goldenhand it’s not really essential reading to be up to speed on the plot.

Sabriel follows the eponymous character as she leaves her settled and comfortable life at Wyverley College in Ancelstierre, in answer to a visit from an undead creature.Believing her father to be trapped in the realms of death, she returns to the crumbling land of the Old Kingdom, the land of her birth.There she learns the true meaning of what it means to be the Abhorsen, which is to keep the dead down where others may try and raise them. 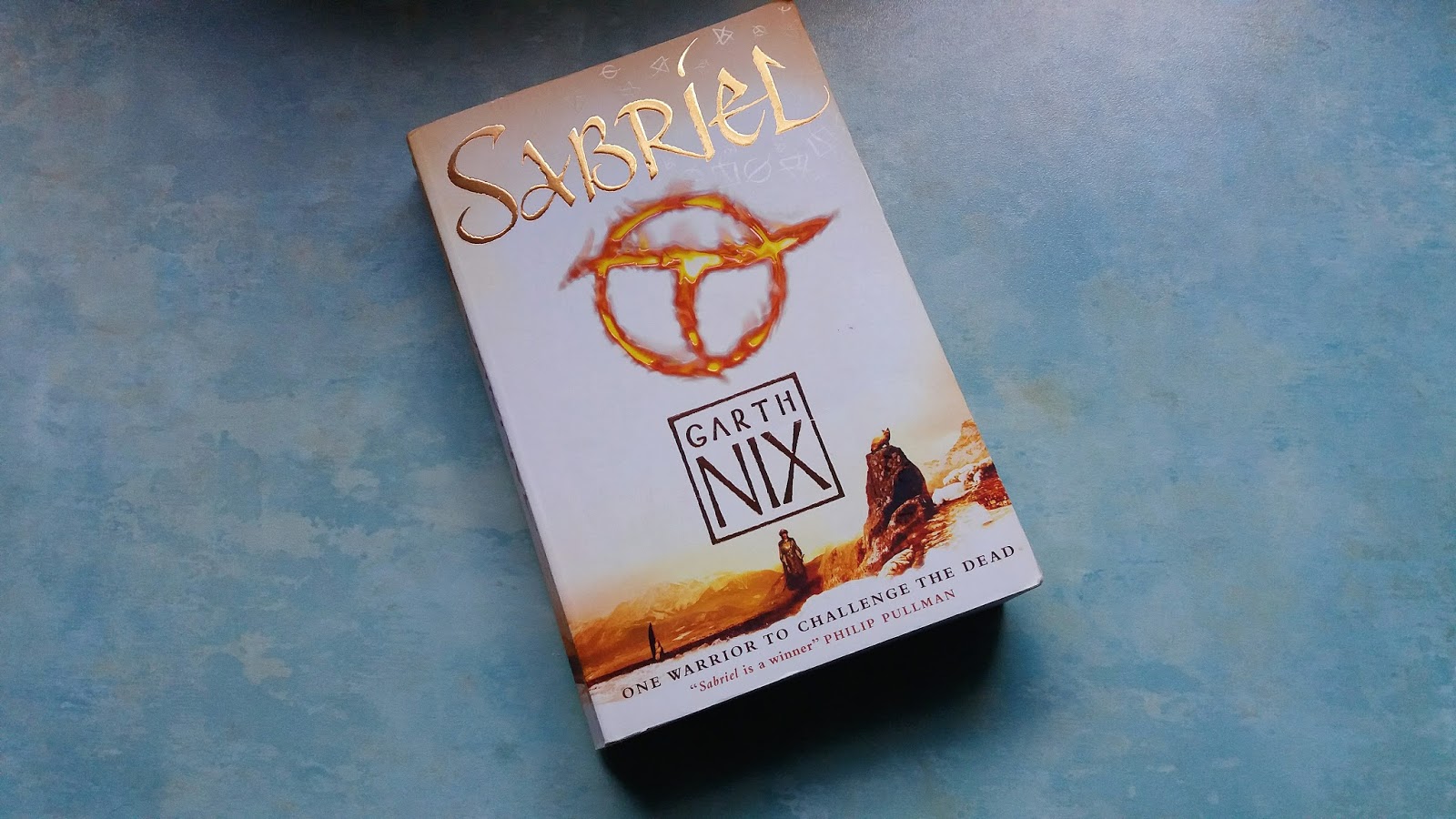 I first read this book when I was around eleven, and it scared the crap out of me.The mordicant haunted my dreams for weeks, but I still kept going back to the library to check the book out.I was captivated by Nix’s writing, and still admire it greatly.His world building is delicate, knowing just what include and what to leave out, and his characters are fully realised and relatable.He created Mogget, the sarcastic cat who is not a cat and you should never trust, and is one of my favourite fictional characters of all time.Mogget is voiced by Tim Allen in the audio books and it’s just the perfect casting.

Around twenty years after the events of Sabriel, we pick up in the far North of the Old Kingdom, and are introduced to Lirael, a Clayr who doesn’t quite fit in.While the rest of the Clayr are generally slightly ethereal and have the gift of seeing the future, Lirael has yet to manifest the gift.She is also physically different from her many cousins, not possessing the bronzed skin and blonde hair common amongst the Clayr.Isolation is the hallmark of Lirael, as she pursues her own interests and gradually creates a life for herself both within and without the Clayr’s glacier. 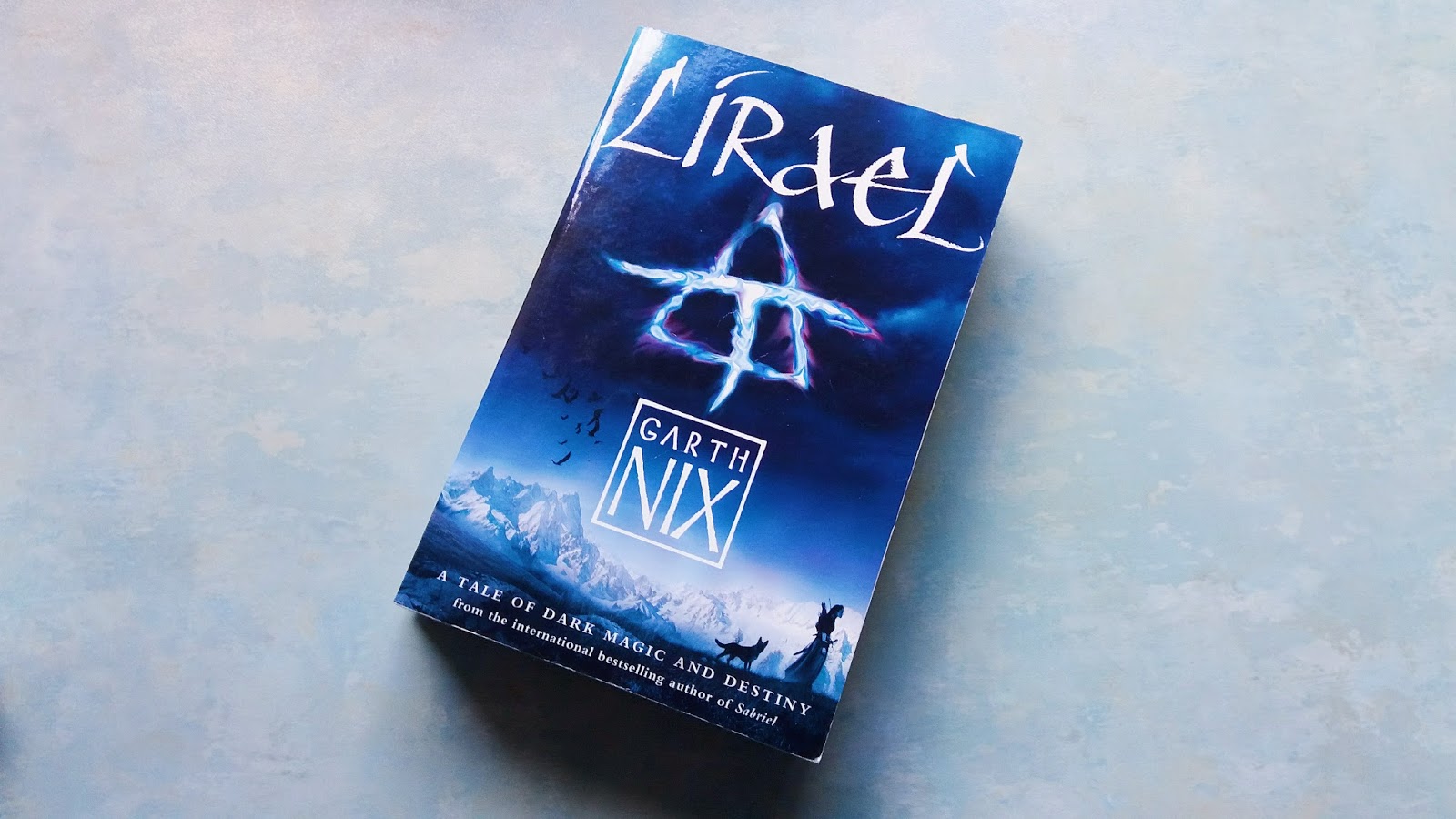 When I first picked up Lirael, I wasn’t a massive fan.I found her annoying and irritatingly weepy, and she just wasn’t Sabriel.Sabriel is a bad ass, and Lirael is constantly upset with how her life turns out.Reading this again now I’m older, I think I actually like it more than Sabriel.Sabriel isn’t quite as fleshed out as a character, and while yes, Lirael is frequently a little on the depressing side, it works well and she learns to deal with it and get on with life, with a little help from the Disreputable Dog.She learns to accept herself for who she is as the book goes on, and frankly I could learn from her.

Abhorsen picks up directly from the end of Lirael, and follows Lirael and Sam as they race to prevent the unpreventable.This was originally meant to be the last Old Kingdom book, and it wraps up the store begun in Lirael.Abhorsen is saturated with lore and myth in a way that the previous books were not, but not so much that it becomes tedious to read.Instead, you get to gradually connect the dots between the myths and what is happening in the present, which makes for a wild read. 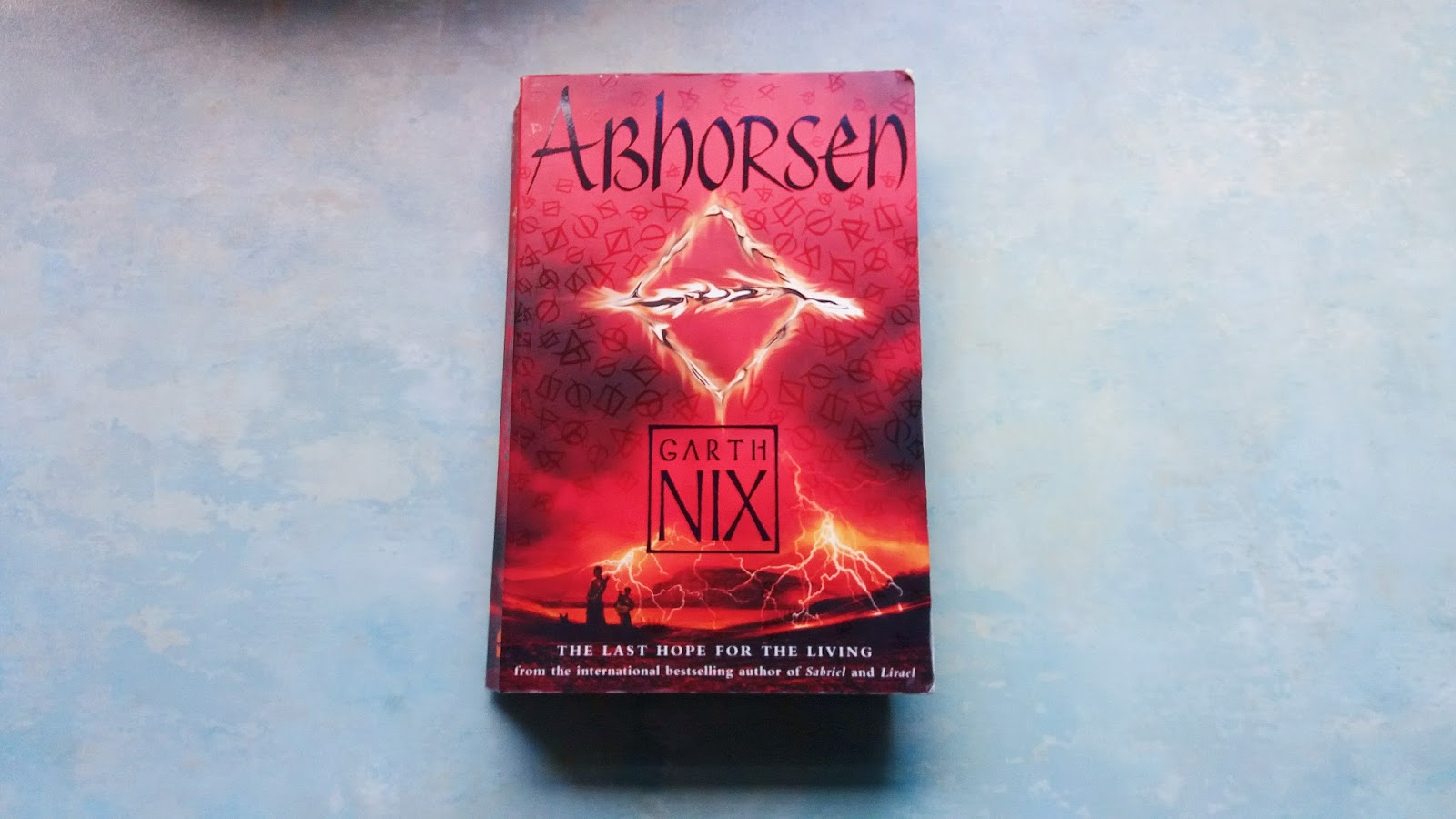 This was a suitable ending to the Old Kingdom series, but my god I‘m glad it’s not over.I’m so invested in the characters and the world, which are both so wonderfully unique that I’m pretty sure I cried when I finished Abhorsen.

Nicholas Sayre and the Creature in the Case

This was a novella within the Across the Wall anthology, which follows Nicholas Sayre as his quest to return to the Old Kingdom is thwarted by one of its less savoury denizens turning up at a high society party.Nicholas is still not the same after the events of Abhorsen, and still somewhat confused over what really happened.As a native Ancelstierran, he was of the opinion that the rumours about that were just simple superstition and that could eventually be explained by science.Abhorsen was all about just how wrong he was.In this novella, Nick attempts to control an extremely Old Kingdom-type scenario taking place far from the Abhorsen’s help in Ancelstierre, being far more aware than anyone else of the danger they are in. 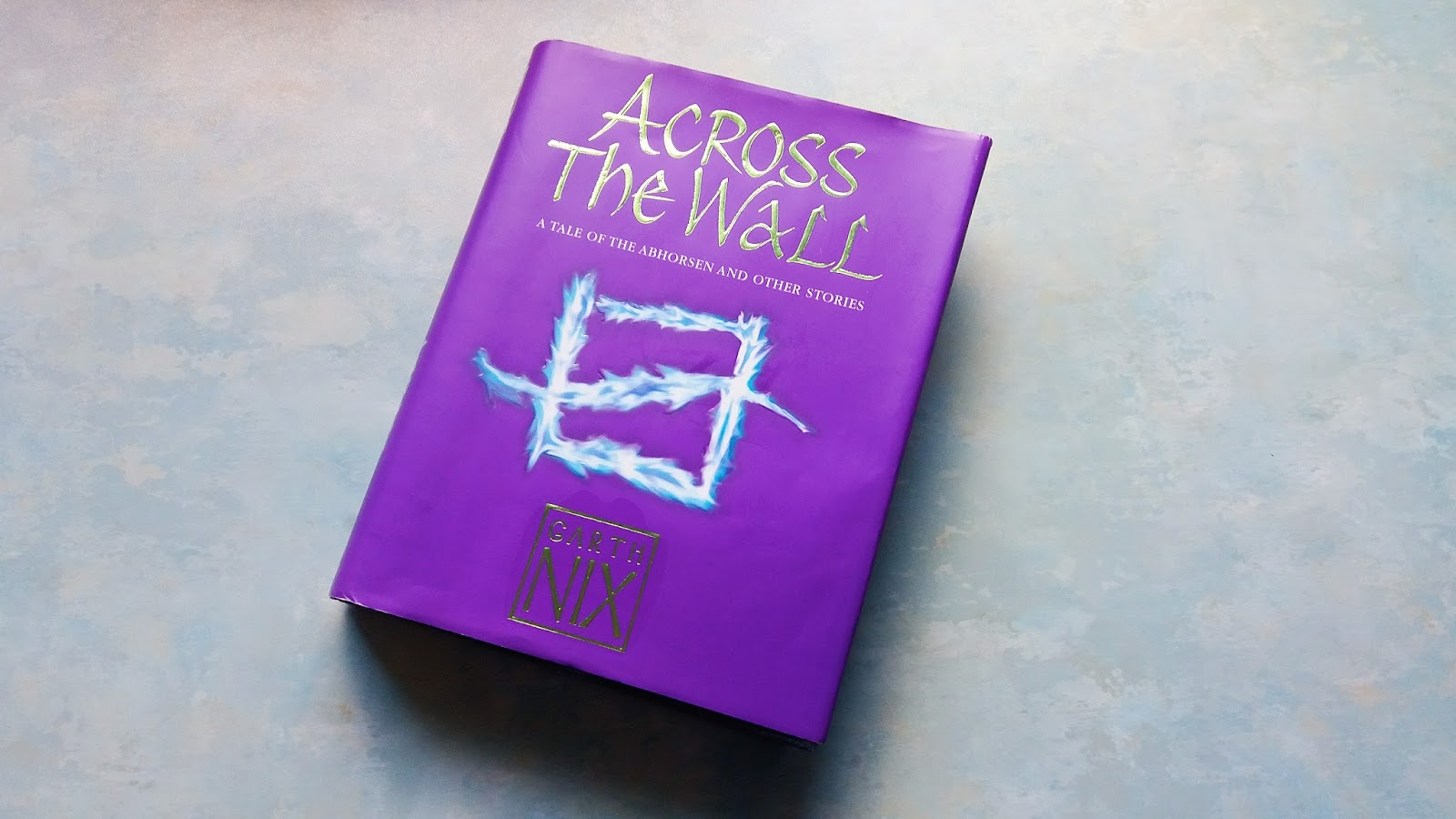 It was a rather different sort of setting than the rest of the series, but I thought it worked really well, as it showed how the creatures of the Old Kingdom can twist and turn circumstances even within magic-less Ancelstierre.I also really like seeing Ancelstierran attitudes towards the Old Kingdom, such as we saw a little of in the previous books.When they’re brushing off danger and you and other characters know full well that they’re probably about to die, it’s almost satisfying when they do.

Clariel takes place several hundred prior to the events of Sabriel, when the Old Kingdom was still a flourishing society of and the dead were almost non-existent in the minds of the people.Clariel is an outsider, the type Nix seems to enjoy writing about, but she is a voluntary one rather than by circumstance.Where Lirael strove to fit in for much of her book, and eventually she and other’s accept her difference, Clariel has no interest in human contact and friendship whatsoever.She craves a solitary existence in the Great Forest, but is dragged into the affairs of politics and magic by her mother, a master goldsmith and relative of the Abhorsen.She becomes embroiled in the hunt for a dangerous free magic creature, and is gradually led further and further down a path of destruction. 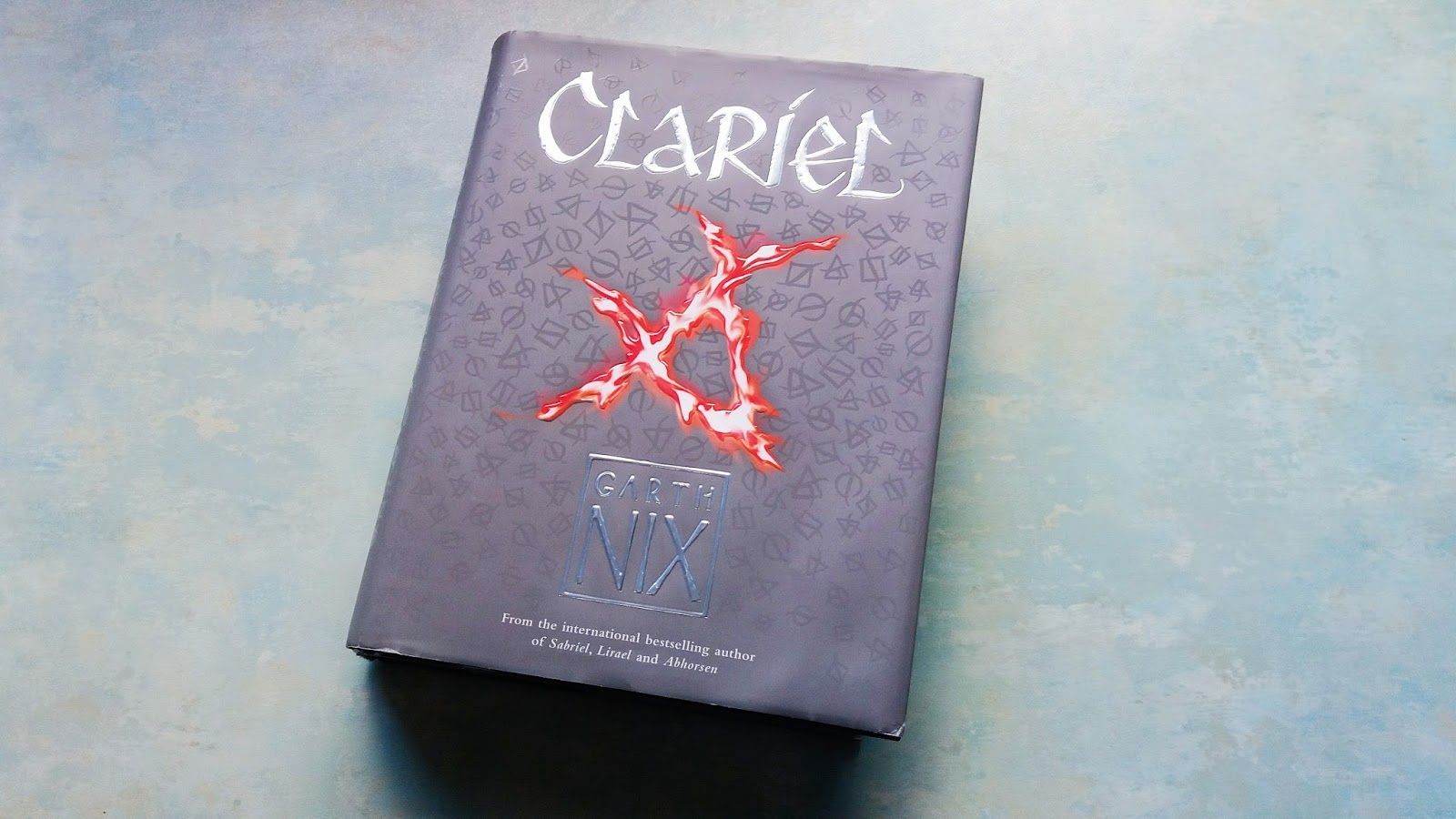 This was probably my least favourite book of the series, simply because I didn’t really connect with the main character.  I instead felt drawn towards Belatiel, and many other readers seem to have had a similar experience.  In light of the plot and the final events, this is perhaps not unexpected, but I can’t really expand on that without completely ruining the ending!

To Hold the Bridge

To Hold the Bridge is again included within an anthology of the same name, and is written sometime between the events of Clariel and Sabriel.Featuring none of the main characters or even references to them, it instead tells the story of a handful of guards that form part of the Bridge Company, and the bridge they have been building for almost a hundred years.  It follows the young cadet Morghan as he learns more and more about the company he has longed to join, despite the many dangers they face. 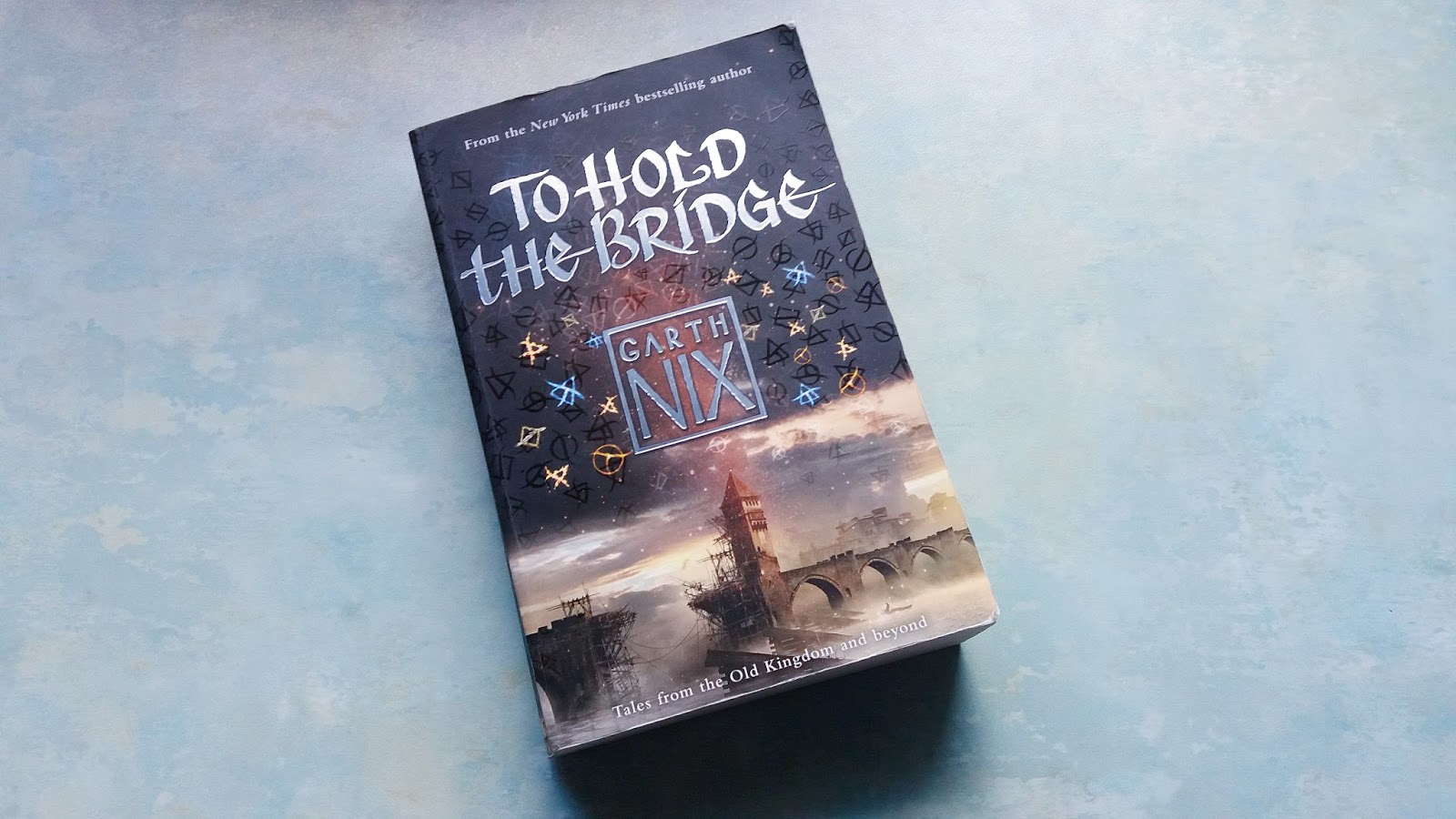 Goldenhand is due to arrive on my doorstep on the 4th of October and I‘m crazy excited.  I‘m trying to get as many posts as possible written so that I can just read it about three times and not have to stress about the blog.

Oh, did I mention that my books are signed by the way?  Because they totally are.  Not that I‘m gloating. 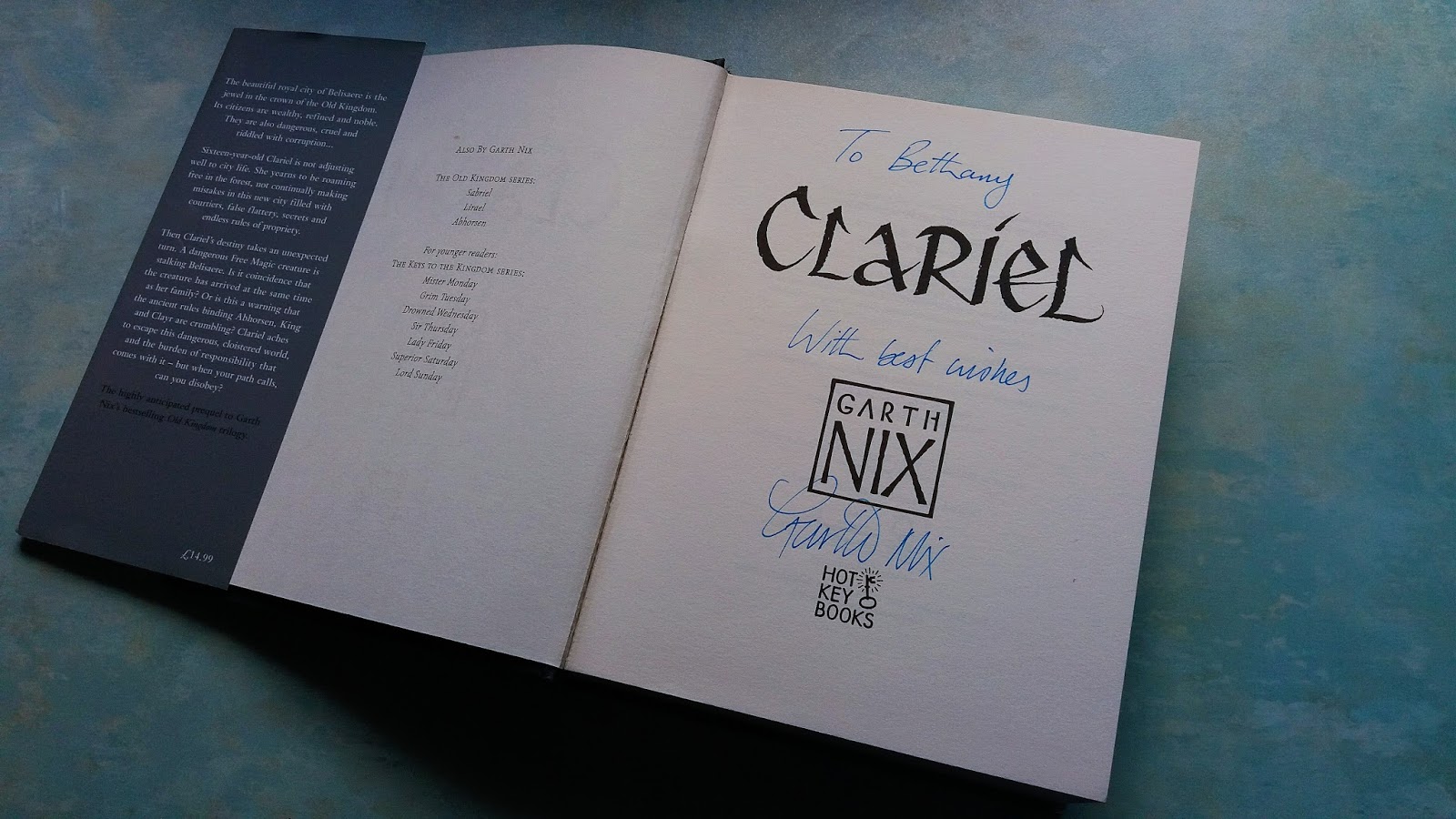