There are items of clothing that evoke certain feelings and memories, good and bad. They’re deeply personal, often reflecting who you were at different times of your life, the place you lived or the people you surrounded yourself with. Lately, I’ve been living in a skirt that’s really seen it all. It’s been plastered all over my Instagram, you know the one, terracotta, pleated and knee-length. I’ve been swishing around in it for weeks now, reluctant to take it off and wearing it at any given opportunity, which is basically all the time thanks to this heatwave. This skirt and I have a long, complicated relationship, and it serves as a touchstone for different parts of my life. 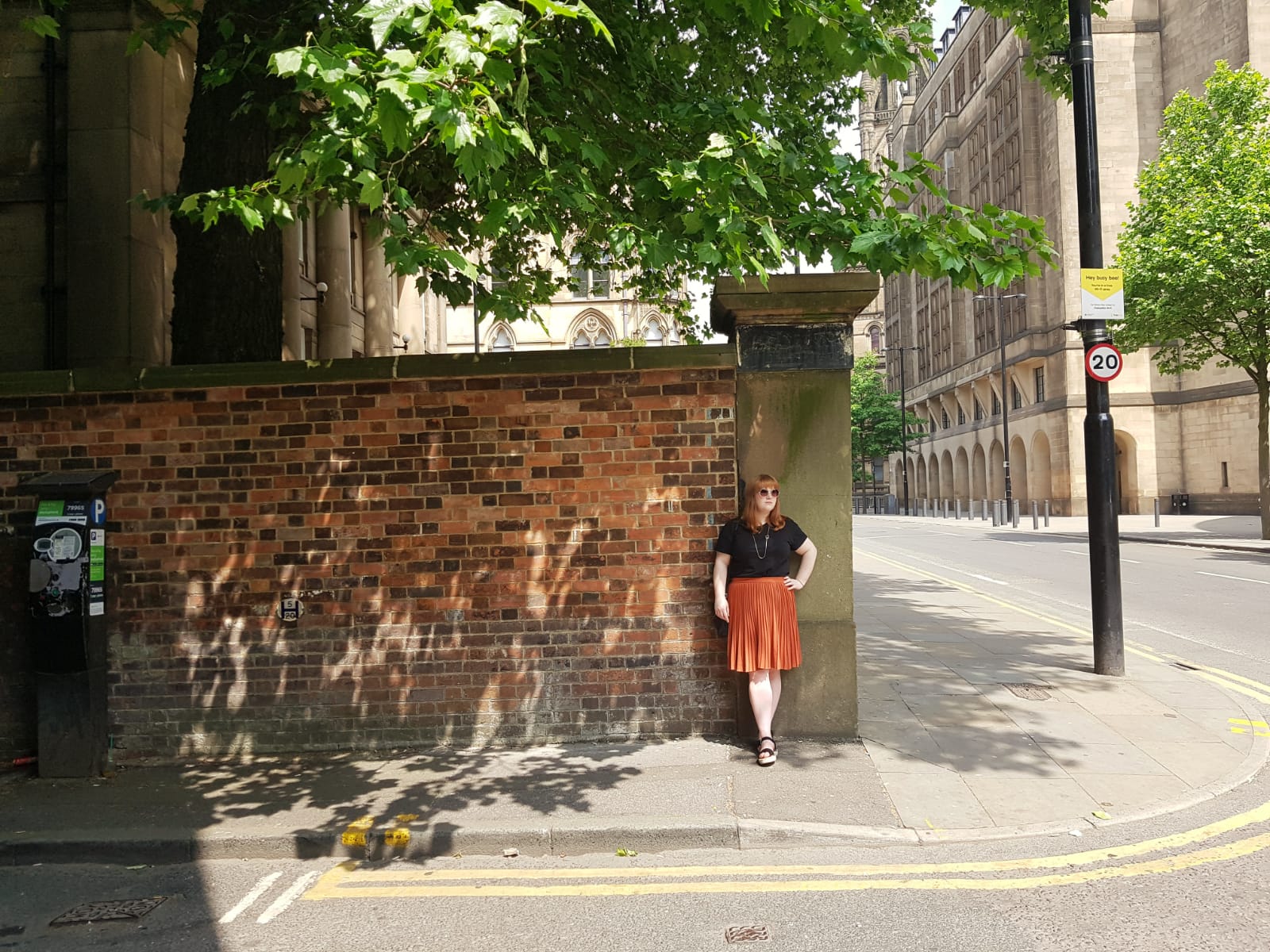 I bought the skirt in my second year of university; I think it was early 2012. I have the same skirt in cobalt blue, and despite the fact that the blue one is supposed to be exactly the same it’s actually about an inch shorter than its terracotta sibling. At that time in my life, I was living in a three-bedroom student house near the University of Birmingham, and my life was very gradually being picked apart at the seams. Perhaps the fortnightly ASOS orders and nighttime Dominos orders which led to me hiding the boxes should have tipped me off, but I wasn’t nearly as self-aware as I am now. I was in the midst of an eating disorder which was greatly exacerbated by a manipulative housemate who seemed determined to turn me into her personal slave.

That’s a story for another day, and would probably end up being a tedious four-part series, but the skirt was part of one of those impulse orders that generally didn’t contain anything that fitted and never got returned. I shudder to think of the money I wasted in those years. I remember loving both colours of the skirt, and dutifully tried them on for that housemate, only for her to shoot them down as being granny-like and unflattering. Eventually she said that the blue one was more acceptable since it was shorter, but honestly, did I ever think I was going to pull if I was wearing that? Deep down I loved the longer terracotta skirt but said nothing. I told her I returned it but kept the blue one, but the reality was that I hardly ever returned those ASOS orders, as that would mean leaving my post as her personal guardian, lifesaver and chef.

I rarely wore the blue skirt, perhaps once or twice throughout university even after I separated myself from that deeply toxic “friendship”. By the time I was studying for my Masters degree, I was a little more secure and willing to take some slight risks with my style. I wore the blue skirt once for dinner with my Aunt and Uncle who had come to visit, with blue heeled boots and a white blouse and I felt amazing. I wore it to a seminar with an orange patterned shirt, and I felt like the blue and orange were an awesome combo. A friend described it as bright, but in that way where they pause and you know they’re not keen. I didn’t wear it again, and actually went home immediately after to change, as I was so self-conscious. The terracotta skirt remained hung up in my wardrobe, unworn but much loved, as I often dressed in it in the mornings before panicking and changing again before leaving, never having the guts to wear the “granny” skirt. 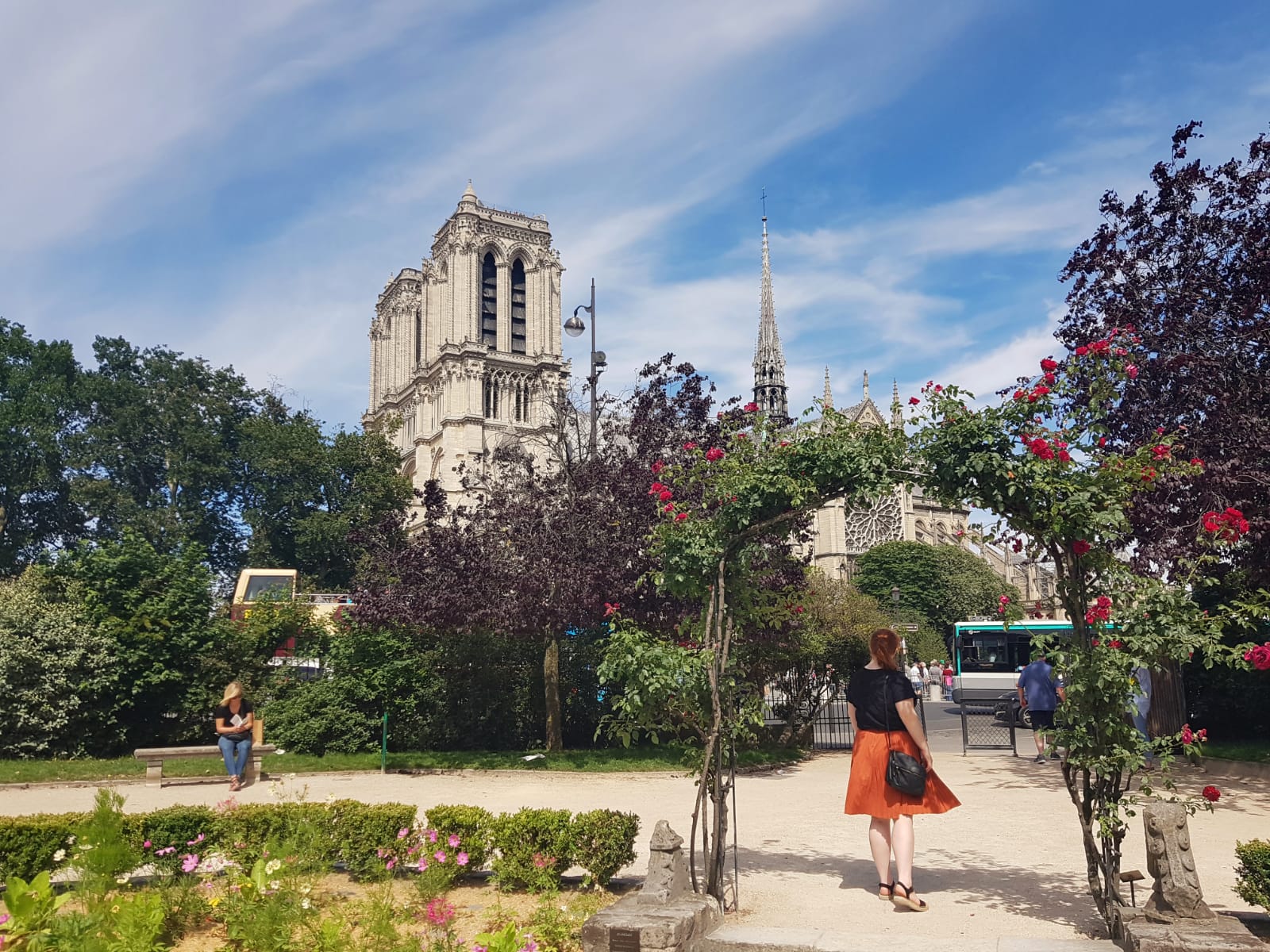 I wore the terracotta skirt for the first time out of the house at a Hogmanay dinner in Scotland, surrounded by family. They had no idea that I was terrified inside, convinced that I looked like an old lady, that it did nothing for my shape, that it didn’t suit me and should probably just go and change. No one said anything at all until one of my cousins actually told me that they liked it and that it suited me. I remember being utterly stunned and sat there for a few seconds not knowing what to say.

I wore the skirt a couple of times in winter over the years, always nervous and only for special occasions. I was always too nervous to truly feel confident and happy in it. Despite this gradual change in how I felt about the skirt, I still felt like it was too dressy to wear except for special occasions. I worked in retail for a long time where we could wear our own clothes and never plucked up the courage to wear it, even though in hindsight it was pretty perfect. It was also firmly designated as a winter skirt, to be worn with skin-coloured tights. Chub rub is the bane of my life, and coloured or black tights always seemed too much with the longer length and bright(ish) colour.  A few years ago I discovered bandelettes, which have improved my life tenfold, allowing me to wear skirts and dresses in the summer without being in complete agony. Yet, I still hardly ever wore it, despite often admiring it in my wardrobe and swishing around in it while trying to come up with outfits.

This year, things changed. The rise of the midi skirt has been a real blessing, although I have concluded that the mid-calf length doesn’t really suit me most of the time. Knee-length is my jam, although I very nearly retreated back into my old fear after two of my best friends had a discussion in front of me about how knee-length skirts and dresses don’t suit anyone. I, panicking internally that I must look like an idiot in my favourite skirt that I had literally planned to wear the next day to work, said nothing. I worked myself back up to wearing the skirt again, and for the last month or so I’ve practically lived in it. It’s become a basic in my wardrobe, often worn with a black t-shirt tucked in, my trusty bandelettes, slightly hairy legs and either black converse or sandals depending on the heat. It works for my office as well, meaning I get to be breezy in a long skirt and shirt combo with loafers, while still being smartly dressed.

Six years after I bought it, I can finally admit to myself that I love it and feel incredible wearing it. It fits my lifestyle, my needs and my age, and honestly, fuck you to my old housemate for making me feel like I couldn’t wear what I felt good in. I mean, fuck you for a whole load of other stuff as well, but that’s not the point today.

I had a wobble when I first tried it on a wee while ago as it turned out that I was too fat for it. I’ve definitely gained (a lot of) weight in the last six years, and with a positive mindset and healthy choices it’s starting to come off but in that moment I made a quick decision. Ordinarily, I would burst into tears upon finding out the zip kept unzipping itself, but faced with having ten minutes to leave and most of my clothes in the wash, I made a slightly rash decision and sewed on a hook and eye. The zip now stays up, and that was the skirt’s first foray into summer dressing. I’d never sewn one before, so I made the hilarious mistake of sewing it on the outside instead of the inside so it can be seen, but I don’t care. It fits, I look great and since I generally have something loose tucked in it’s covered anyway. 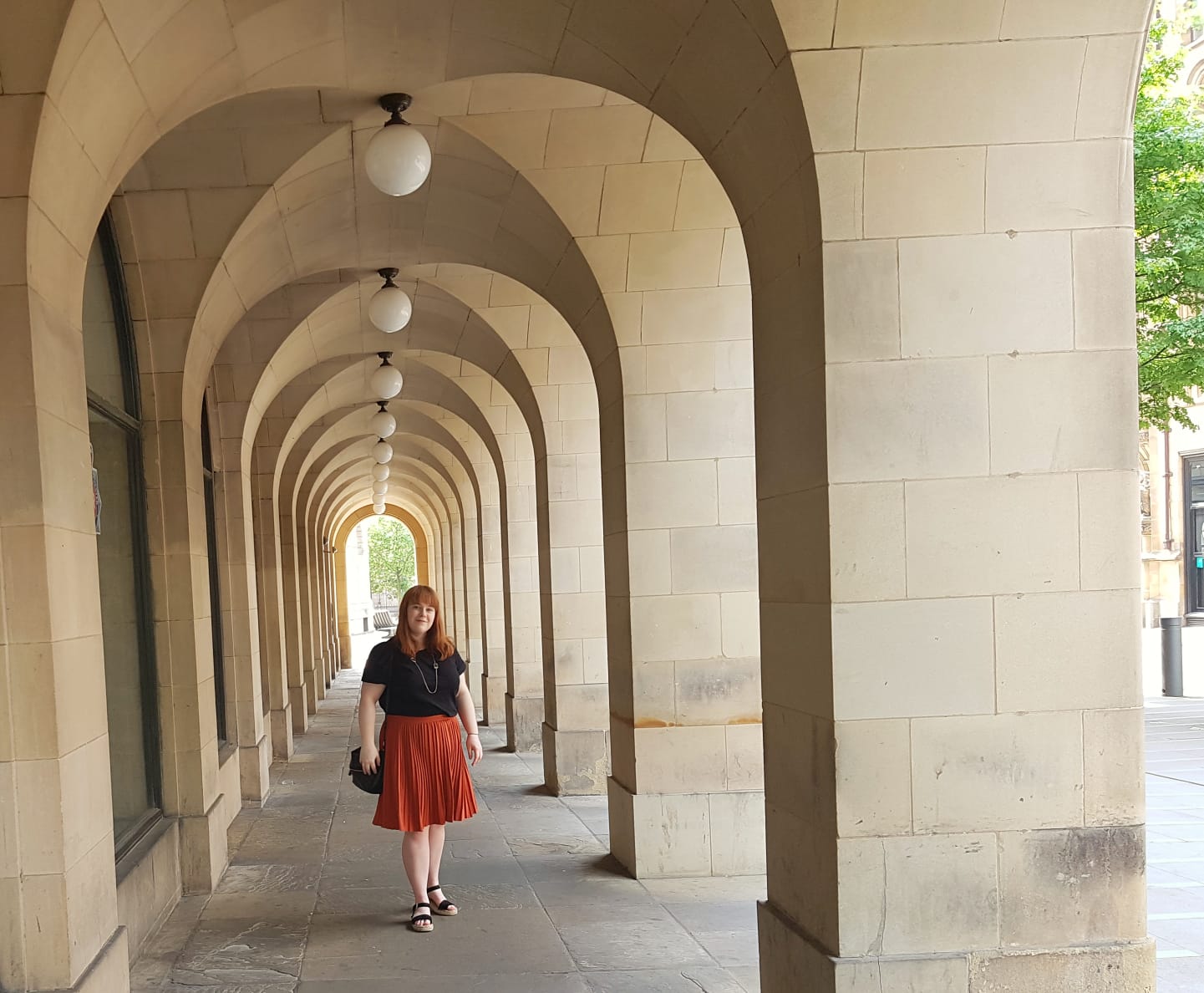 The skirt has been with me through some seriously hard times, and the way I feel about it has changed massively. I finally feel like the girl I had in my head when I bought it. I’m confident in myself (most of the time) and perfectly happy to stray slightly from the norm when dressing.

Do you have any items of clothing that remind you of different times in your life?