Thanks to a £50 Amazon voucher that came as a bonus to switching my mobile phone contract to BT Mobile, I got rather overexcited and bought loads of books despite not having worked my way through my Spring Reading List. What can I say? My to-read pile is ever-growing. I may have to put myself on a little book spending ban after this, unless there’s something I really want. My resolve is weak. 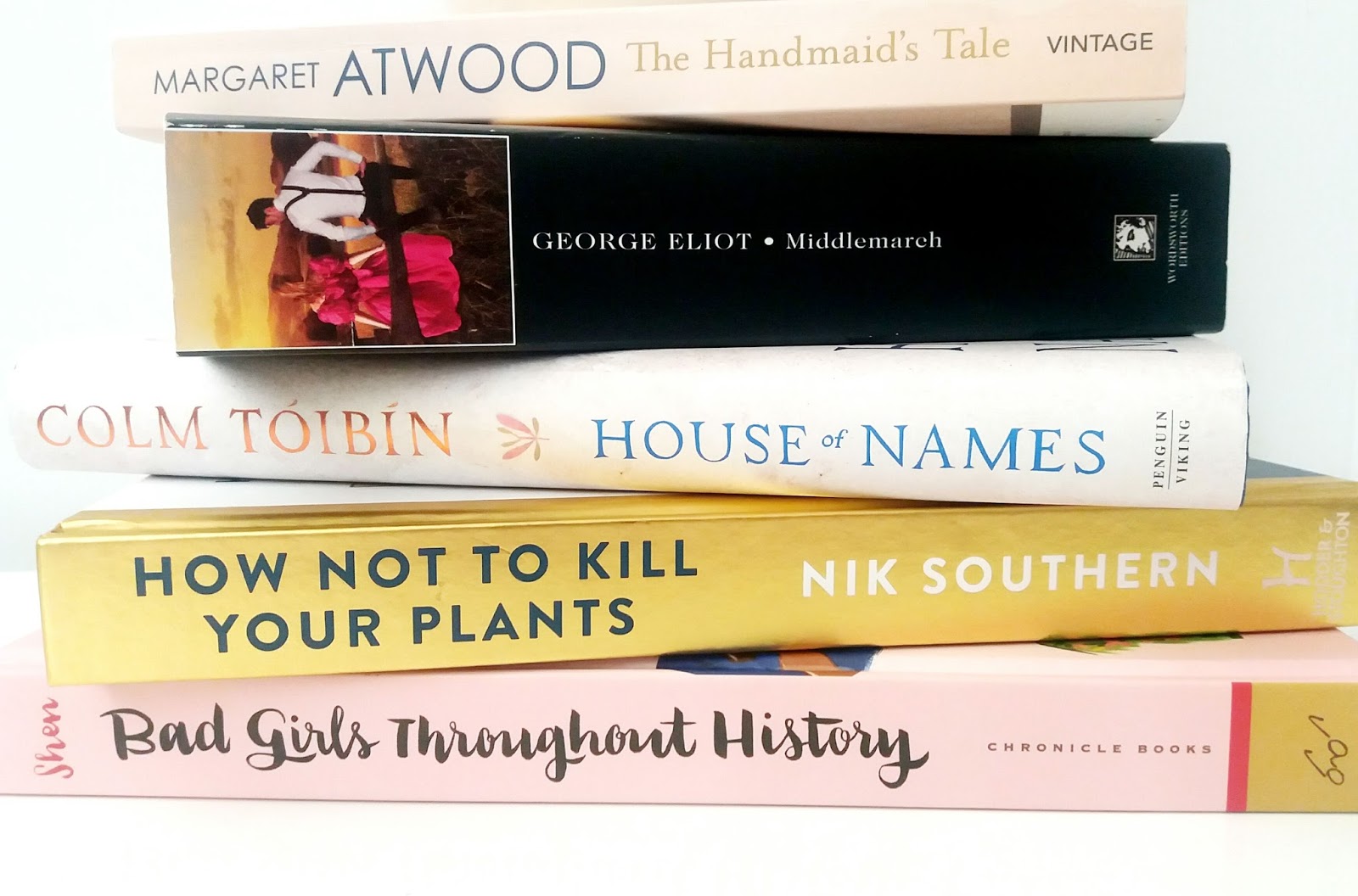 Jumping right on that bandwagon, I bought Margaret Atwood’s The Handmaid’s Tale as it’s been on a mental TBR list for years, and with the new TV series people are raving about I thought I’d better give it a read before watching.

I saw Bad Girls Throughout History on a friend’s bookshelf a few months ago, and as an Ancient History graduate and general history enthusiast this sounded like a fun read. The illustrations are cool and I’m looking forward to seeing if any of my favourite historical badasses feature.

Colm Tóibín, author of Brooklyn, which I only know from the Saorise Ronan film, has now released House of Names, a retelling of the Oresteia plays by Aeschylus. I didn’t study the tragedies at university, preferring to keep things light and ridiculous with Aristophanes, before eventually specialising in the Near East. However, I’ve read all three plays that make up the Oresteia and I’m looking forward to seeing how they’re humanised by Tóibín. The reviews paint it as astounding piece of work, so it should be interesting!

I’ve talked about my houseplant collection on here before, and my minor obsession is only growing. However, I’m notorious for having managed to kill a cactus and feel like my plants are always on the brink of death, so How Not To Kill Your Plants by Nik Southern sounded like a good bet.

At this point I had a few extra quid to spare so I plumped for Middlemarch by George Eliot to use up my voucher. This is one of those ‘you must read this before you die’ books that you see in broadsheet newspapers, so I thought I should at least give it ago.

Have you made any great book purchases lately?