As a child, you’d generally find me with my nose in a book. I’d read anything and everything and I haven’t changed much to this day. I’ve read thousands of books over the years, and my childhood bedroom and Mum’s attic are still overflowing with books I refuse to part with. There are so many books I could talk about as favourites, but today I’ve picked out six for you. These are some of the books that shaped who I am and the things I love to this day; my love of fantasy grew from them, my love of travel was sparked by them and my secret desire to run away and live on an island definitely originates here. 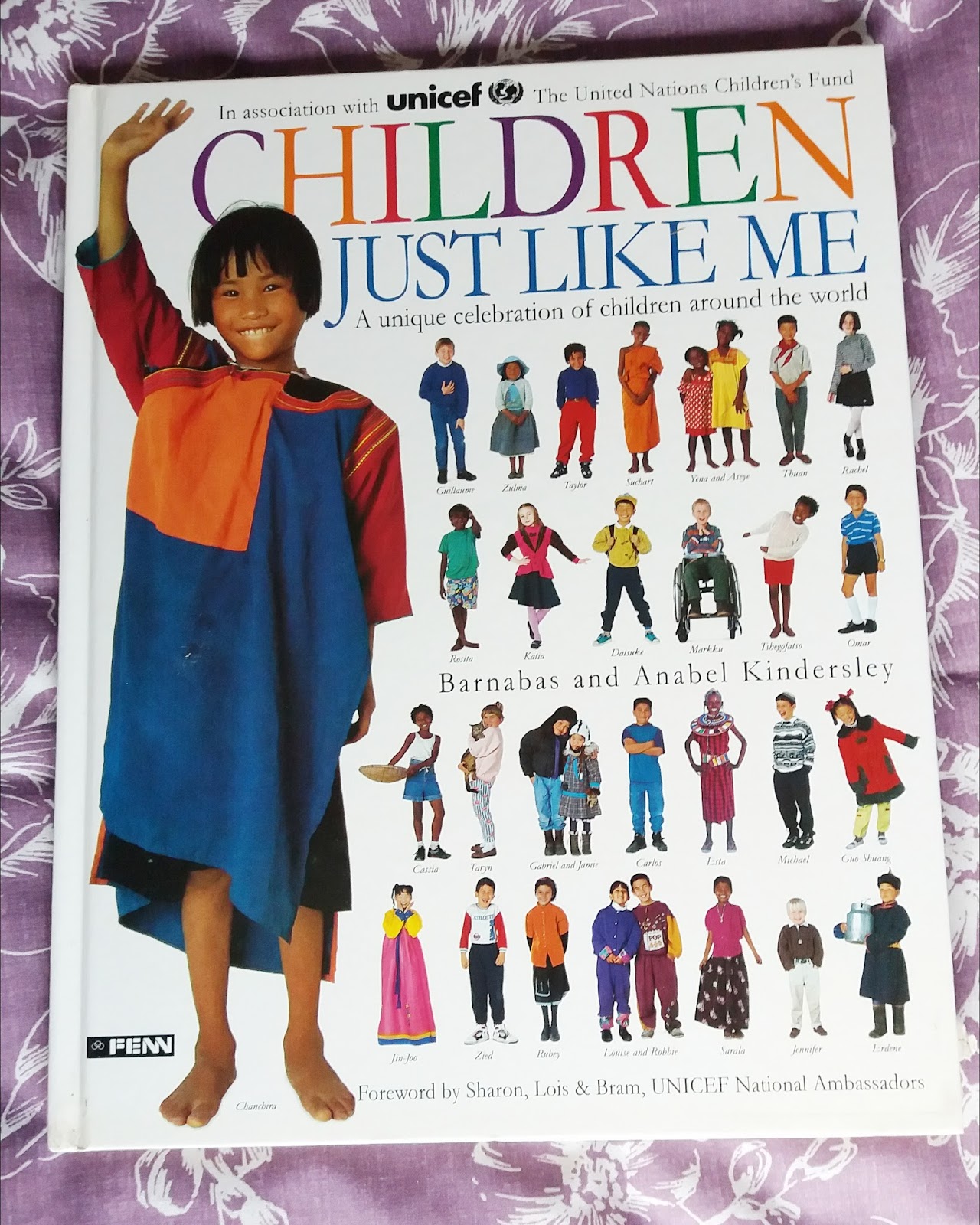 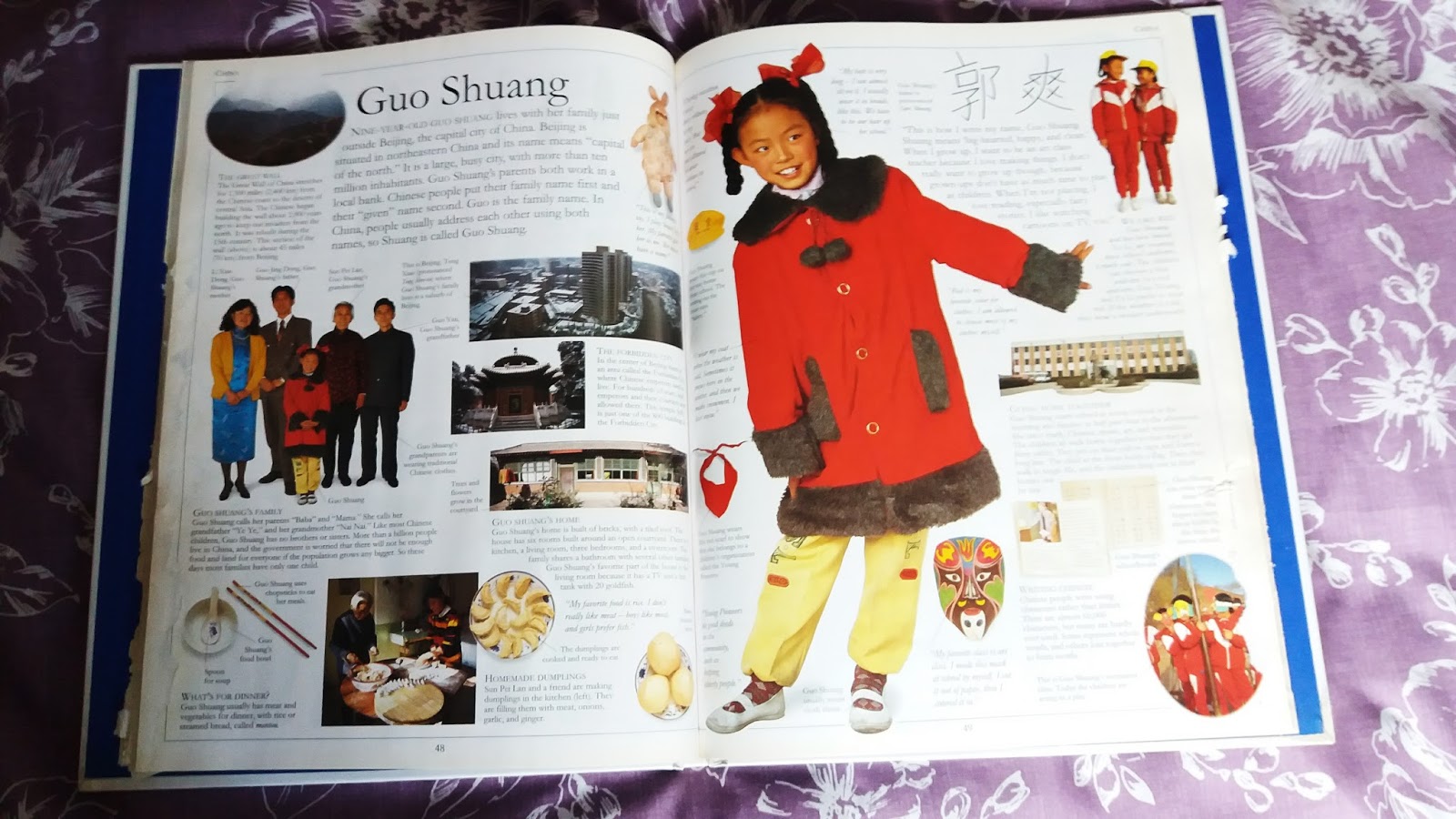 Children Just Like Me by Barnabas and Anabel Kindersley

This was a gift from my Aunt and Uncle, but there’s no date written inside for me to be sure of the year. I adored this book as a child; I remember poring over it every night before bed and in the bath, hence the water damage on one side. It features interviews with children from all over the world, giving a tiny snapshot into the lives of people around the world. I remember Guo Shang in particular and wanting to visit Beijing. There were children from Asia, Oceania, Europe, North and South America and I thought it was the most incredible thing. They were children from all walks of life and I was fascinated by them. This book definitely did some early work in broadening my mind as to how other people live, even if my asking my Mother for “food like Esta from Kenya”, or if we could go to Russia so I could take dance lessons like the girl in the book caused some consternation. 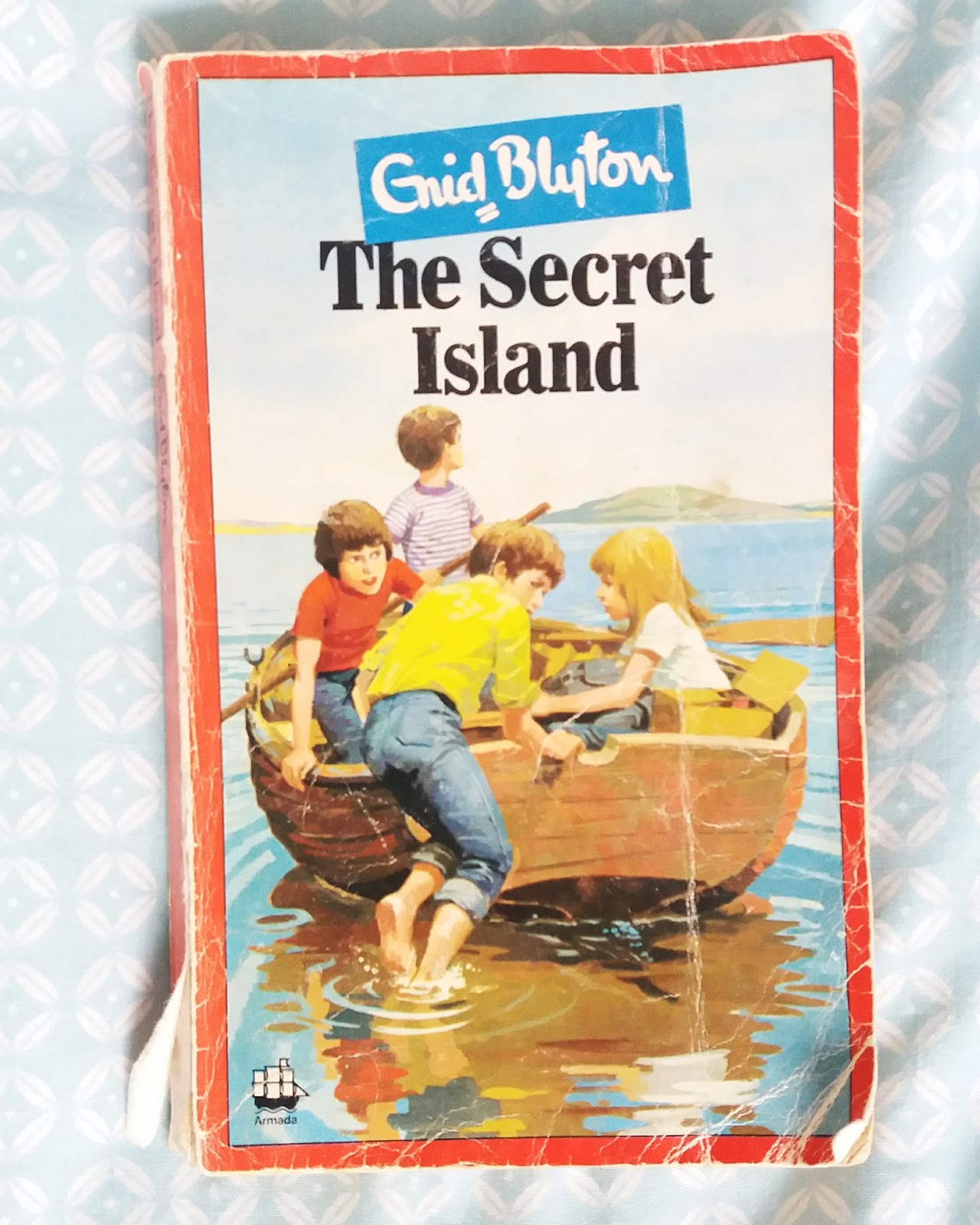 The Secret Island by Enid Blyton

I had a pretty extensive Enid Blyton collection, handed down from my Mother who read them in the 60s and her cousin who read them in the 70s. Eventually, they ended up with me in the 90s, slightly battered but still very much loved. There still scrawls made by my Mum aged nine, and I’m pretty sure I added to them (horrifying, but I was very young). The Secret Island was always my favourite, despite not being a big fan of the rest of the Secret series, not to be confused with the Secret Seven. The Secret Island was about three children living with an abusive Aunt and Uncle after their parents go missing in an aeroplane accident; withing the first twenty pages they decide to run away to a secret island on a lake with their friend Jack. It’s a very short book, but so wholesome that it’s one I have with me in my flat for really, really bad days. Reading about Jack, Peggy, Mike and Nora and their very tame escapades on the island is an instant pick-me-up. The chapter where they manage to get a cow on the island was always my favourite for the sheer ridiculousness. 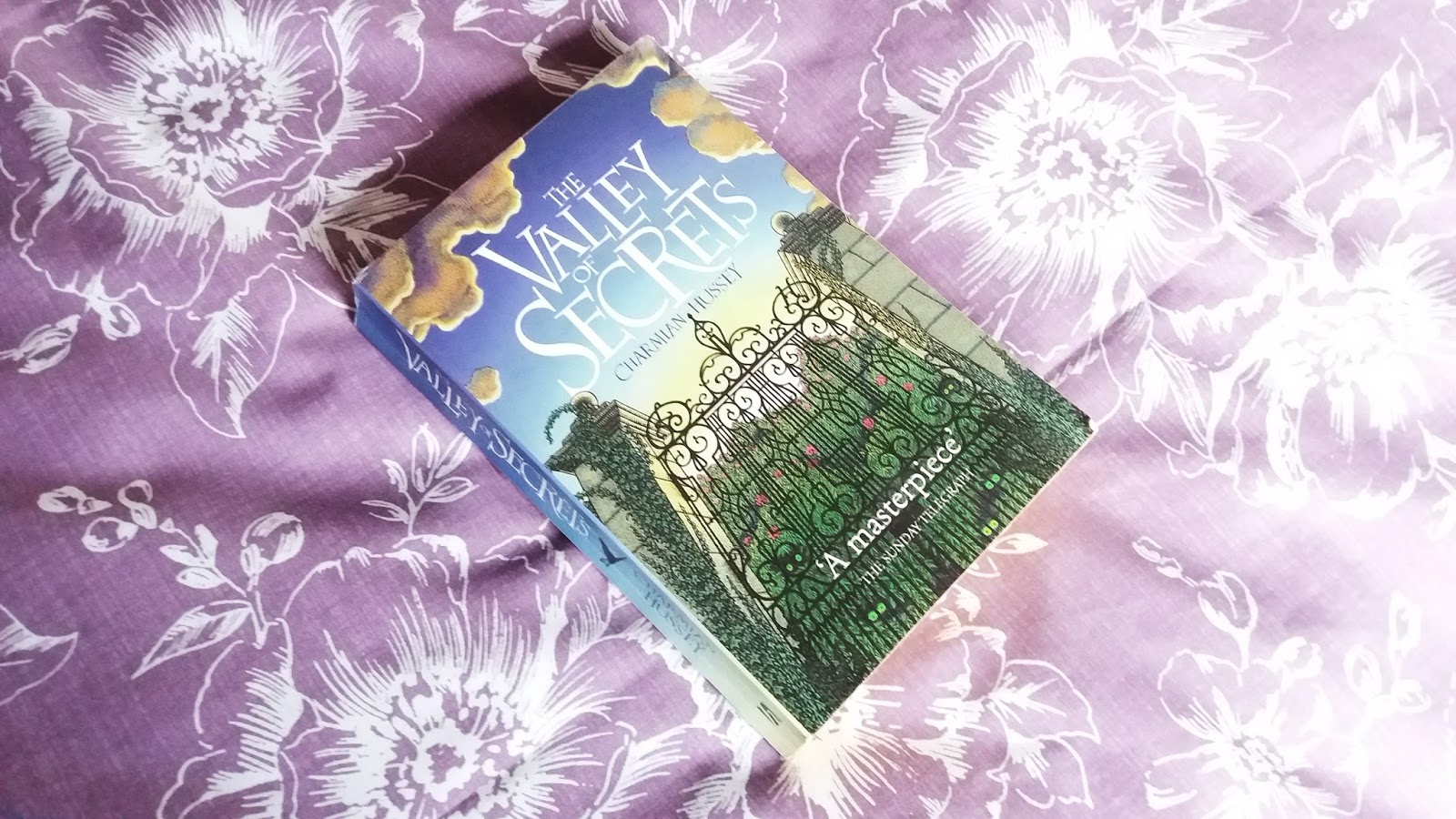 The Valley of Secrets by Charmian Hussey

The Valley of Secrets was not at all what I expected it to be. I bought it when I was about ten in a Waterstones, thinking it would be magical and fantastical; it was fantastical, but not in the way I expected. It follows Stephen Lansbury, an orphan who is left a vast fortune by a distant uncle he didn’t know existed. The fortune requires him to travel to his new estate in rural Cornwall, and comes with several secretive stipulations. It takes a very long time to discover what’s really going on, as Stephen is drawn into the diaries in his late uncle’s office and his adventures in the Amazon rainforest as a young man. There’s clearly something strange about the house and grounds, and Stephen, alone and lost as he has been for all his life, is desperate to learn the truth. The Valley of Secrets gave me a real love for animals that I didn’t really have before; I got very into David Attenborough after reading this! It’s still an enjoyable read to this day, and I give it a solid amount of credit for my A* essay on the Amazon in Year 8 Geography. 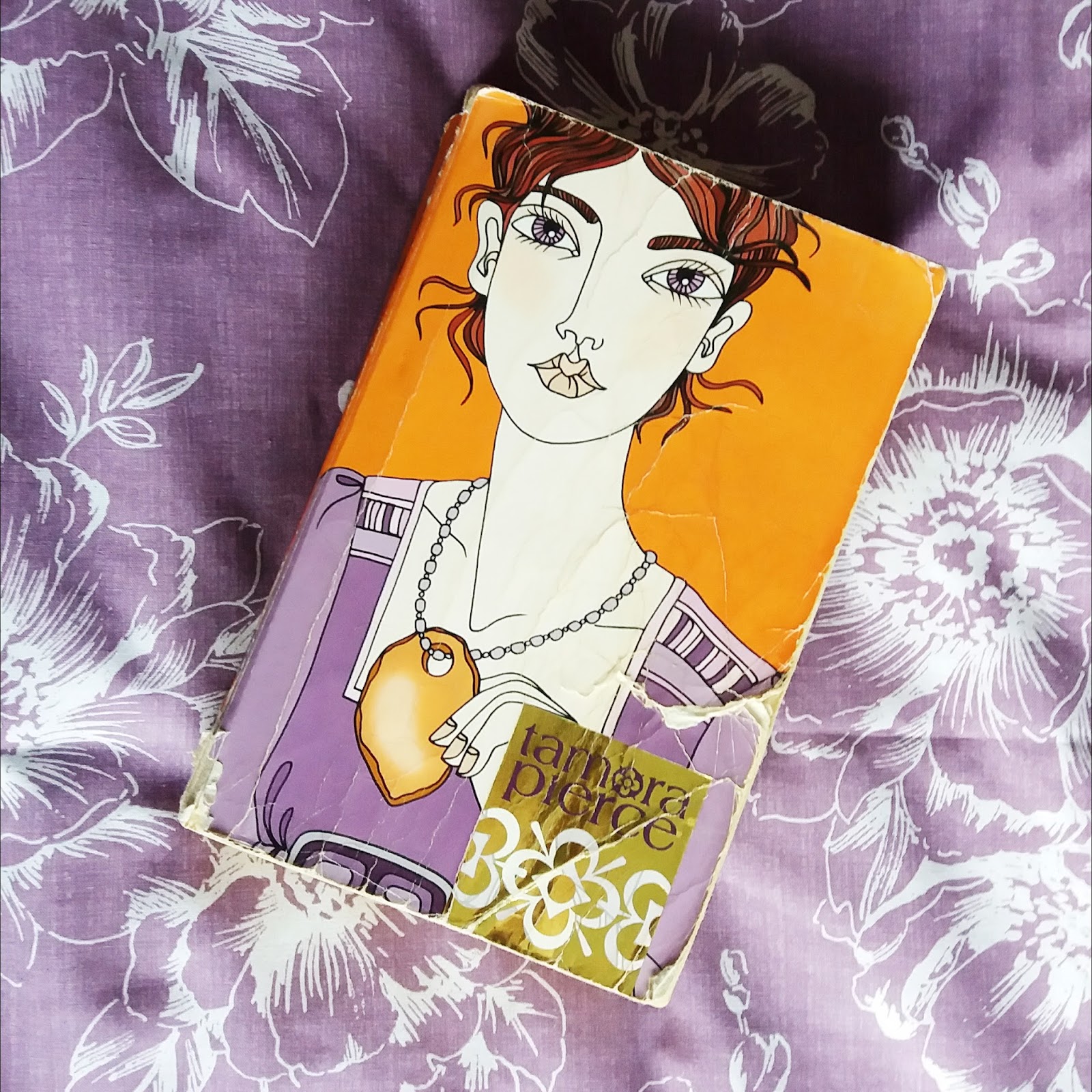 The Song of the Lioness Quartet by Tamora Pierce

My Mum bought the first book in this series, Alanna: The First Adventure, for me when I was nine. We had just been for an interview and open day at a private school (which I ended up not going to because it was too expensive) and they had provided us with a reading list of the kind of books that were recommended for Year 7s. Several of the books weren’t my thing at all, but I dutifully read them all to get a feel for them. I didn’t expect this to be my thing at all, as I tended to turn my nose up at any fantasy that wasn’t Harry Potter or The Hobbit, but damn, nine year old me loved this. I read it multiple times until I found the full quartet in a bookshop a year or so later. You can probably tell how well read this is by the state of the it! It was a very early dip into feminism and female empowerment and all I wanted was to be a knight for a good while. Gone were the princessy dreams of the past, I wanted to ride a horse and be deadly with a sword in the name of fighting evil. The book follows Alanna, who switches places with her twin brother so she can train as a knight and he can study to be a sorcerer. I went on to read everything Tamora Pierce has written, aside from a few short stories, and although I’m really too old for it now I still keep up with it for the nostalgia and an easy read. 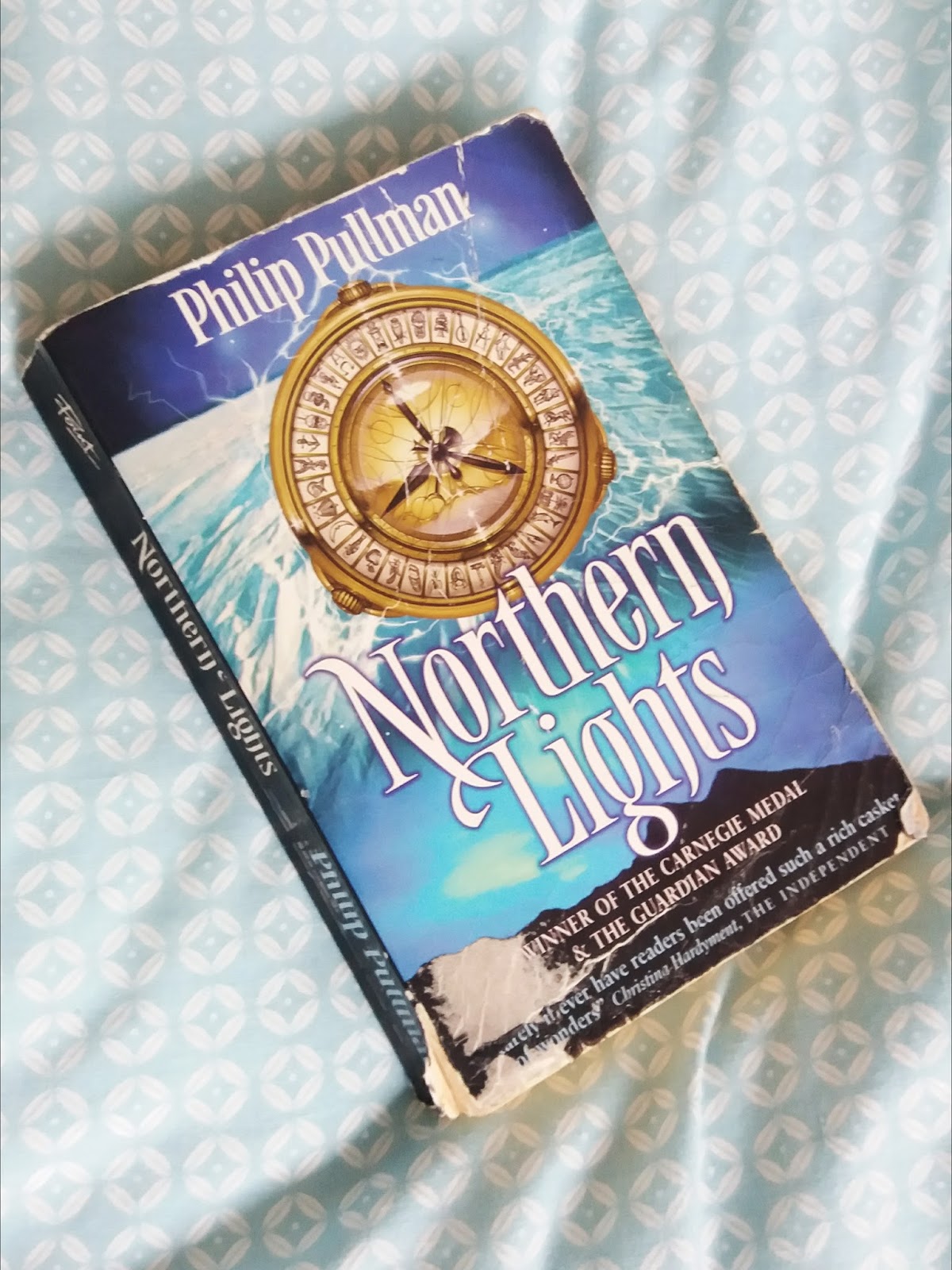 Another one with a very battered cover! Northern Lights, the first book in Pullman’s His Dark Materials trilogy massively shaped my childhood. I remember reading this in Year Five, so I would have been about seven or eight, which is pretty young for a book this dark! The journey Lyra takes to the North and into the heart of the Church’s darkest secrets only compounded my very early distrust of organised religion. I had refused to say prayers in school from Year 3, and while I’m much more open to religion these days, if not personally, it definitely affected how I saw adults and not necessarily positively. I’m still a firm believer that respecting your elders is a load of rubbish; if they don’t respect me I do not have an obligation to respect them just because they’ve lived longer. This book made me a cynic for a while. 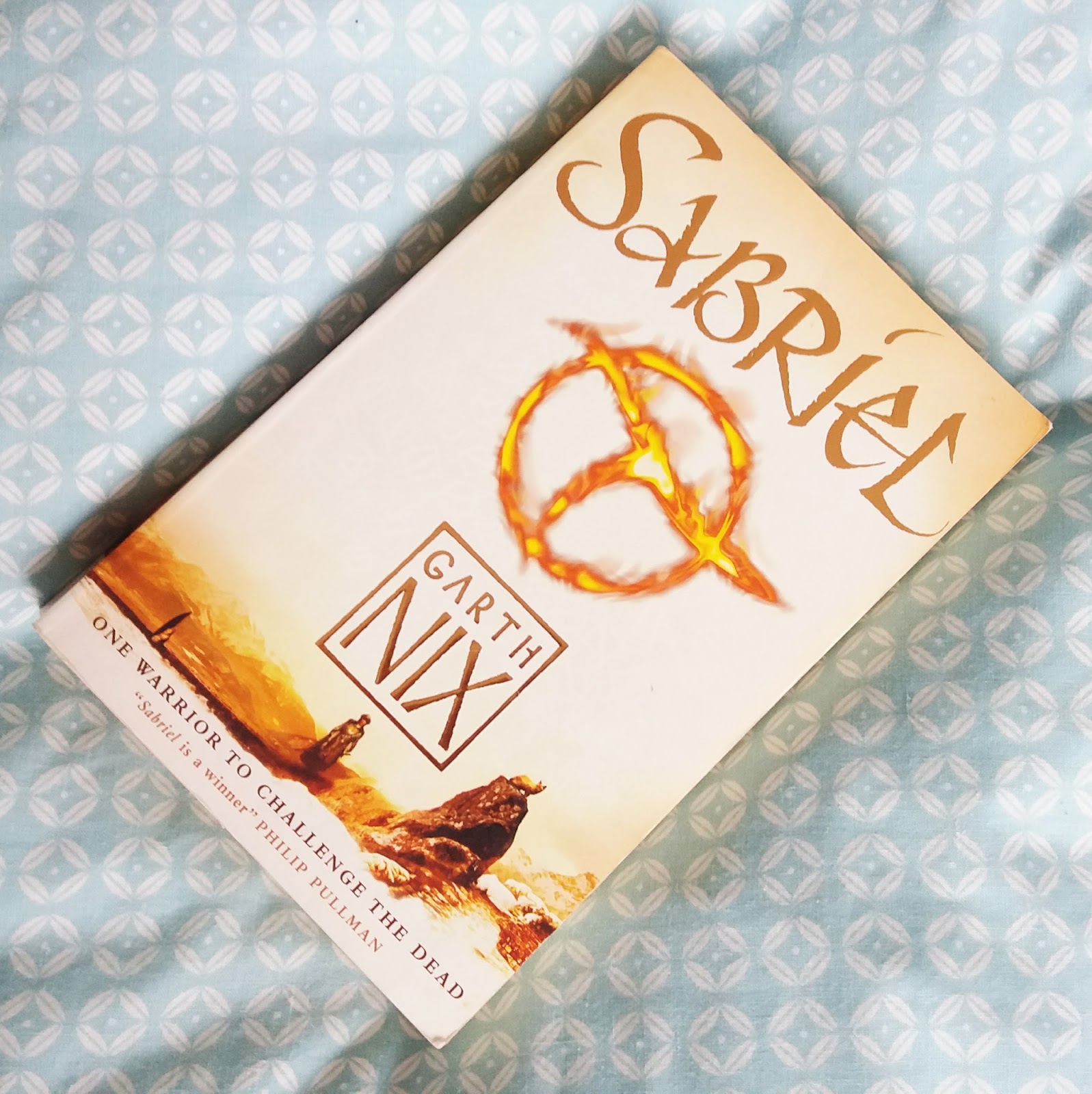 For a book I love as much as Sabriel, this is in remarkably good condition. The reason is that for a long time I didn’t own a copy, and would instead periodically check it out of my local library. This is a pretty scary book, and I definitely remember having nightmares about the mordicant. I was well acquainted with death from a young age and still have a bit of a morbid fascination. I loved the world of the Old Kingdom created by Nix, where death and life mingle with disastrous consequences. My father died when I was very young, and I was definitely drawn to books with father-daughter relationships. Sabriel was relatable for me because it deals with a girl doing her utmost to save her father from death, only to realise the futility and get drawn into world-changing events involving dark magic and the dead. I loved it and still do to this day. I reviewed the latest book in the Old Kingdom Series, Goldenhand, back in October, if you fancy a read!

Let me know if you loved any of these books as a child!