In less than three weeks I’ll be flying to Japan with my younger brother, and I will be leaving him there. He’s starting a year abroad at a university in Osaka as part of his degree, but never having been to Japan or even Asia, he’s understandably a little nervous. We’ll be flying out a week before he starts university to get a feel for the place, try and make sense of the train system and generally help him feel more at home there. I probably won’t see him until August next year, and I’m really going to miss him.

However, I get a trip to Japan out of it! I’ve blown my savings on this trip, but it will be worth it to see him settled and my being there for the first few days has put our Mum’s mind at ease as well. It should be said that my brother isn’t exactly an 18 year old who’s afraid of the dark, he’s 6″3 and built like a rugby player, but I’ve travelled a lot more than him. As a result, even though he’s the one who’s moving there instead of going on holiday I’m the one who’s ended up organising everything. 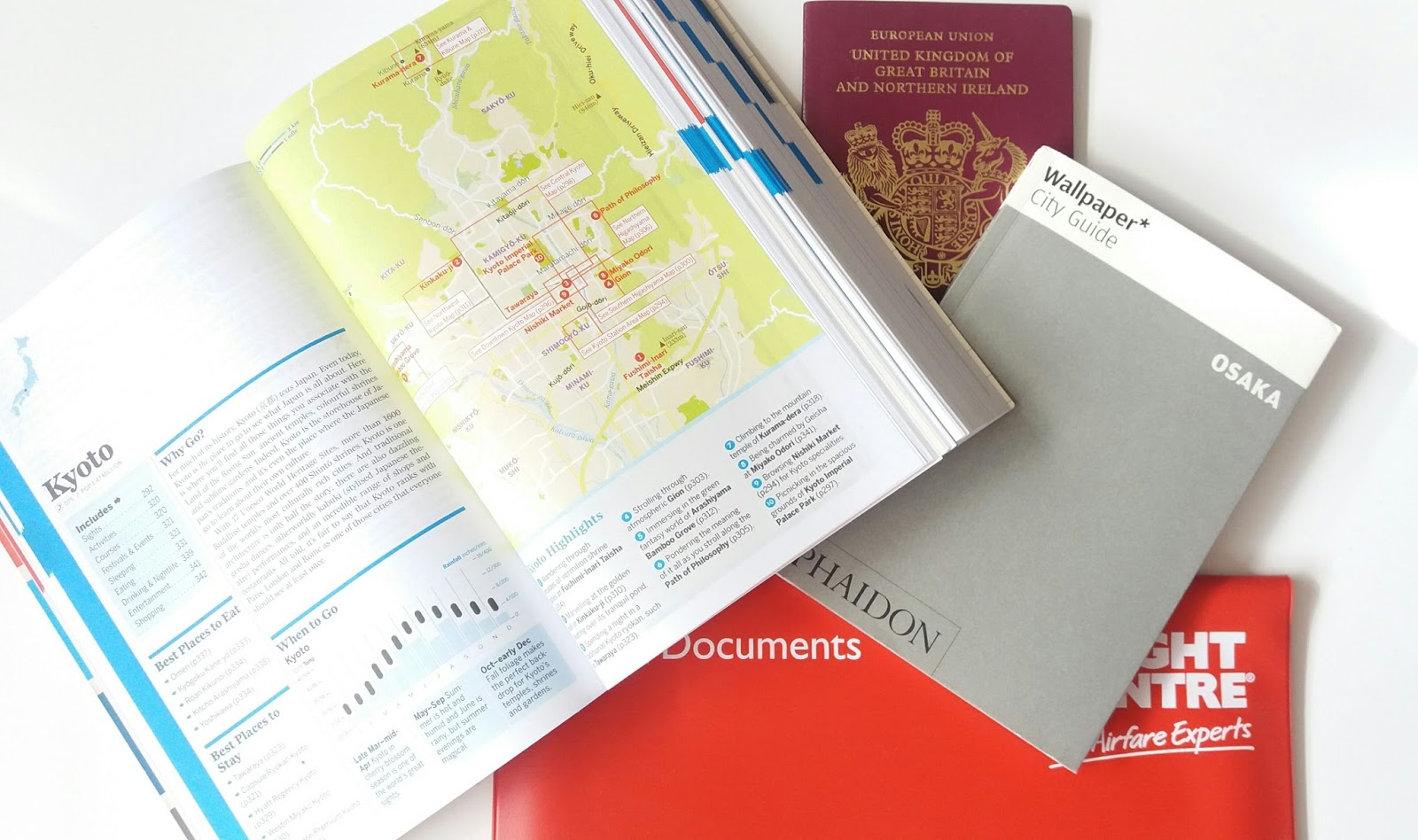 An awful lot of planning goes into organising a long-haul holiday; there’s the obvious things like booking your flights and hotels, and then there’s the less obvious stuff, like visas and vaccinations, how to get to and from the airport at your destination, checking laws about medicines and travel insurance. I’ve made a printable checklist for all the bits and bobs that need doing in the planning stages for a holiday in a far-off land and made them available for download in PDF and word document formats, for anyone who might also find them useful.

I’ve done the majority of them, but if I’m honest, even though it’s less than three weeks away I still need to order my currency and print all my paperwork, as well as general planning of day-to-day activities. I feel like the three or so days before I’m going to be very busy! I should really listen to my own advice.

What are your planning tips for holidays?