For me, the run-up to payday is filled with planning out everything I want to buy once I can finally afford it. I have a massive list of things that I want that I add to pretty regularly, and each month I go through it and figure out what I can afford and what I want or need the most. Here’s what I decided I just couldn’t manage another month without. 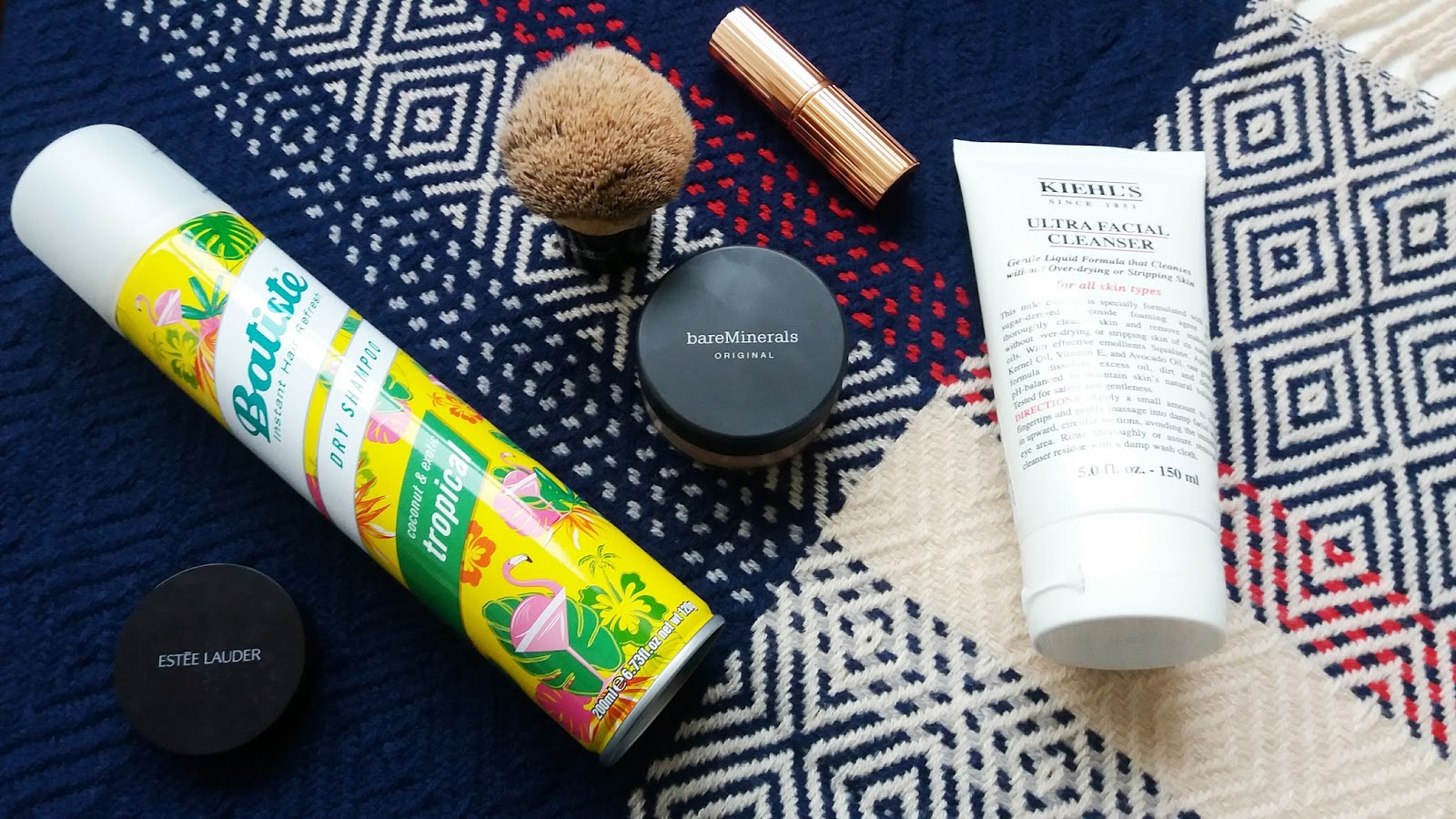 As much as I love the YSL Touche Eclat foundation, lately it’s just been feeling a little heavy and suffocating. It’s a medium coverage foundation, but applying a liquid every day has left me feeling like my skin needs a break to just breathe for a while. After some swatching, testing and generally irritating everyone who works in Boots I settled on the BareMinerals Original SPF15 Foundation in Fair, which is the palest shade available. Looking at the powder it looks way too dark for me, but upon application, it sheers out beautifully and brings a tiny bit of warmth to my face. It’s not an exact colour match, but it’s as close as I’ve ever found. Not gonna lie to you folks, this foundation is amazing. It’s a loose powder, but as it’s applied it changes to a cream consistency on the face, smoothing out any imperfections and generally evening out my skin, disguising those pesky red patches and spots. Everyone always says that this foundation is so pure you could sleep in it, which I won’t be doing as taking my makeup off is genuinely one of the best parts of my day. I have quite dry skin and was initially hesitant to use a powder foundation, but the Clarins Lisse Minute primer, which I usually just use to prime my eyes, smooths everything out and avoids any patchiness or dry bits. 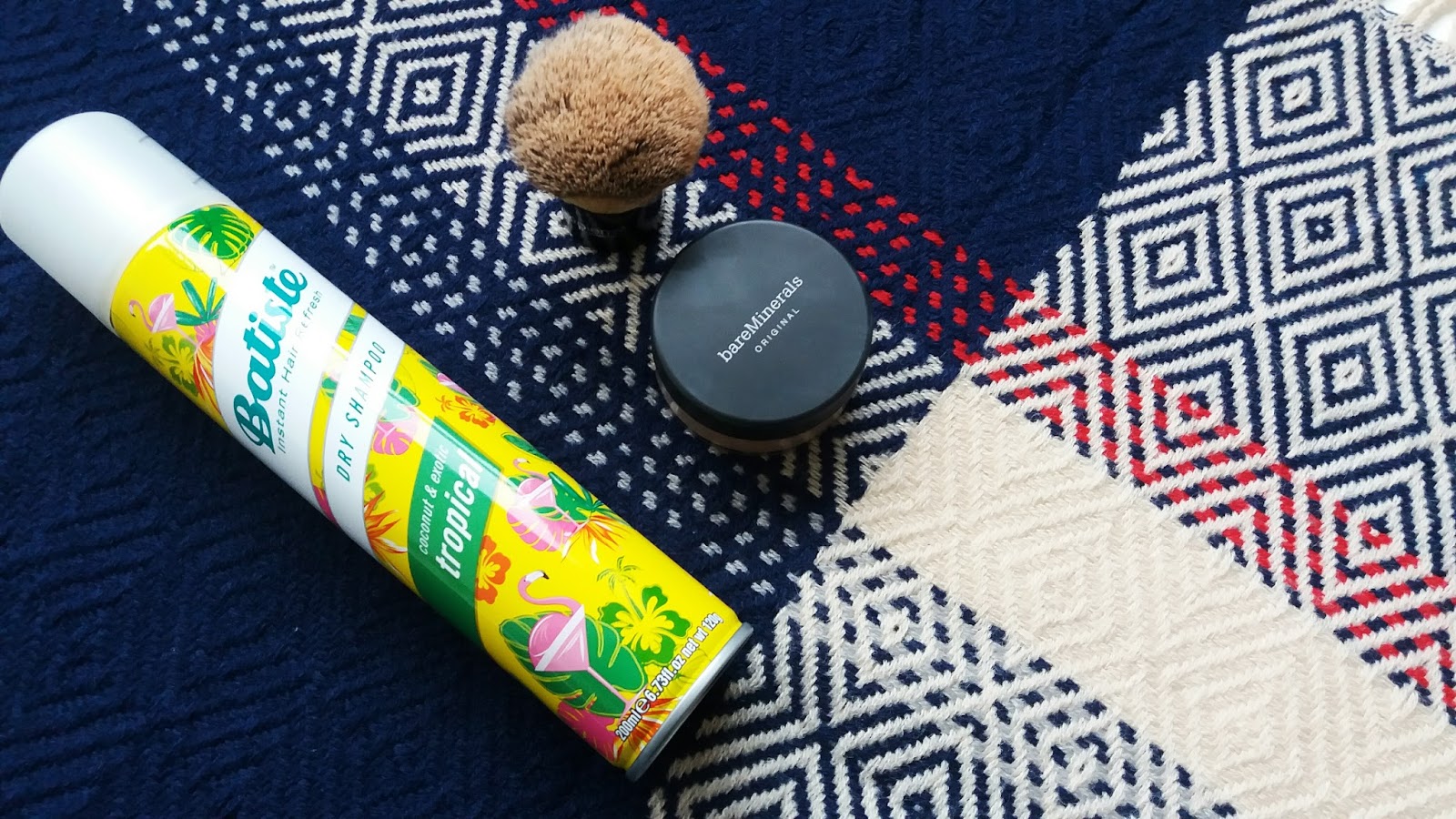 Since the coverage isn’t as hefty as other foundations, I invested in a decent concealer for my under eyes and some very annoying spots I’ve got going on at the moment. I prefer a cream concealer, but as per, actually finding one light enough is the trouble. I ended up with the Estee Lauder Double Wear Stay-In-Place Concealer in 1N Extra Light. I also tried 1C Light as it had a cooler undertone, but it was it was just too dark for me. Extra Light is doing the trick, but it would be better if was a cooler colour. The formula is hella long lasting and covers up even the angriest of spots and the darkest circles. 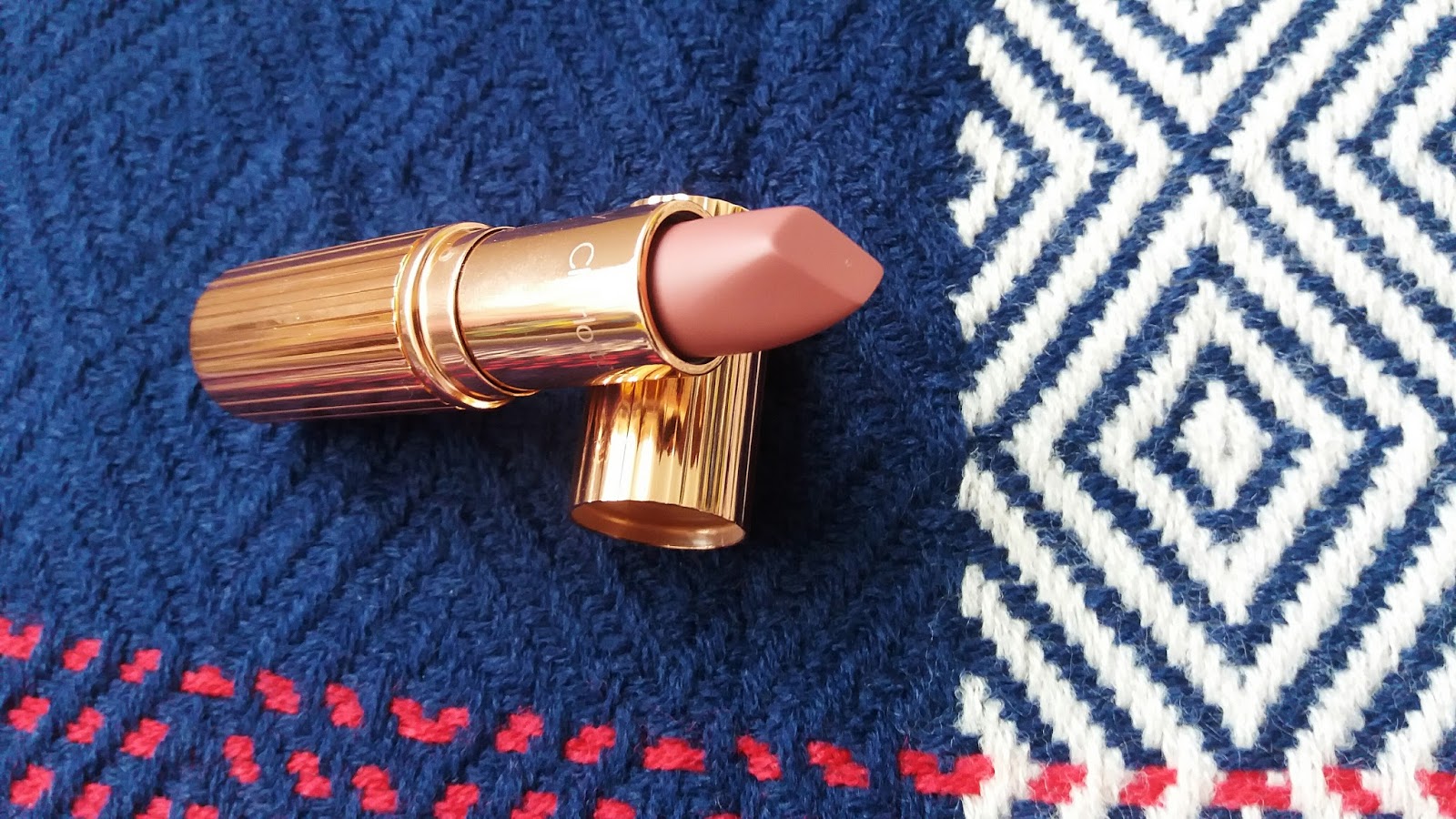 I’ve been in need of a new nude lipstick for a long time, as I generally just slap GOSH Nougat on and go with it. However, the formula of the GOSH lipstick is a little glossy and doesn’t last well, even though I love the colour. The closest thing I could find colour-wise was Charlotte Tilbury Matte Revolution in Very Victoria. It’s a gorgeous creamy taupe-nude, and while Nougat has a touch more pink to it, it’s actually a pretty good dupe for the colour if not the formula. I’ve wanted a Charlotte Tilbury lipstick for a very long time, but they’re so pricey I knew it would have to be in a colour I’d get a lot of wear out of. I’m chuffed to bits with it and I’ve hardly worn anything else since payday. 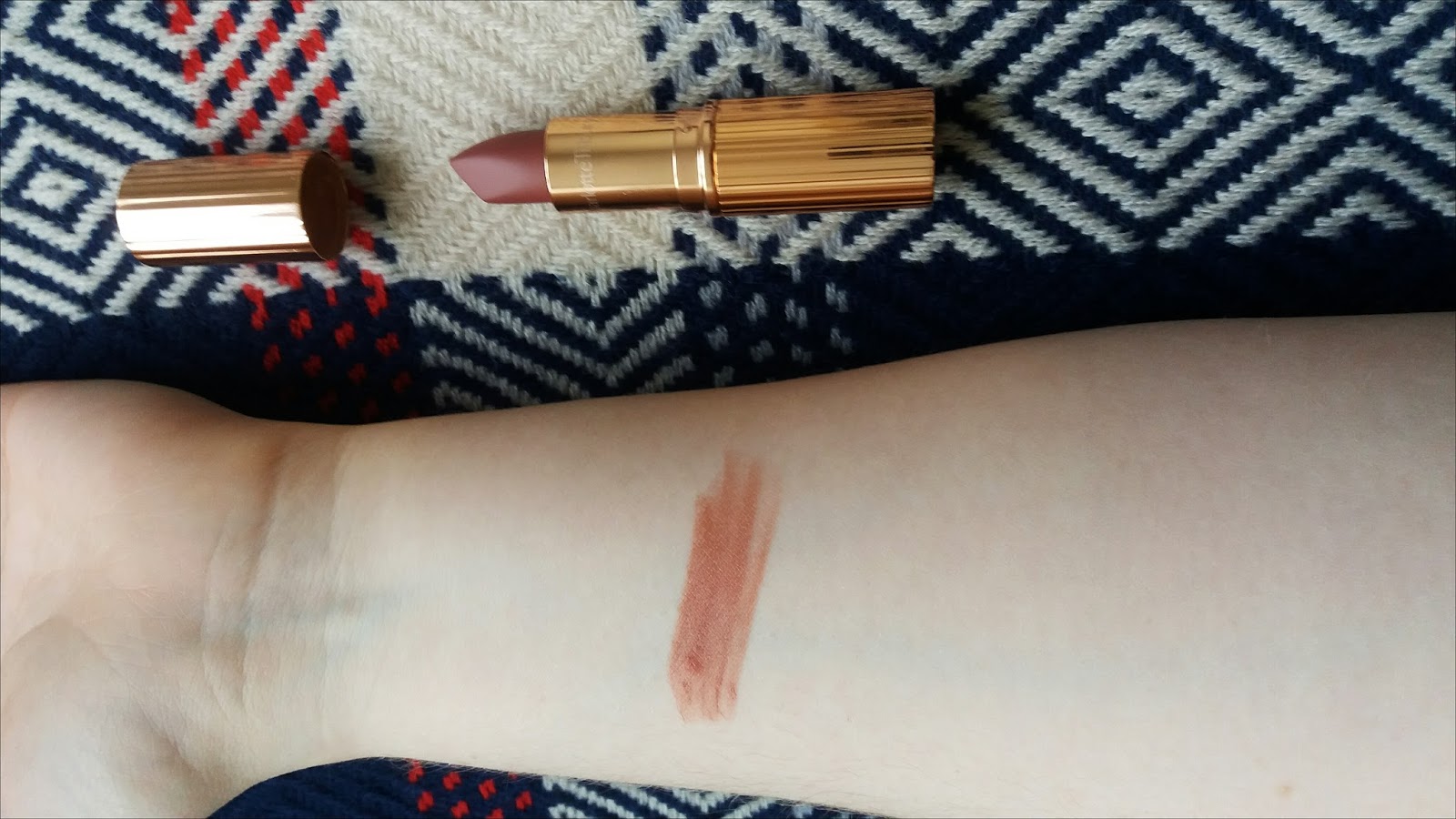 As much as I love the Liz Earle Cleanse and Polish, I was in the mood for a change when I finally ran out right at the end of February. I came close to buying the cult favourite Oskia Renaissance Cleansing Gel, but ultimately I resisted and bought the Kiehl’s Ultra Facial Cleanser, which was half the price and, spoiler alert, bloody brilliant. The Liz Earle stuff is great, but the gel formula melts makeup and grime away instantly, and I’m slightly worried that now I’ll never go back to my old faithful. I have a new love, sorry Liz. 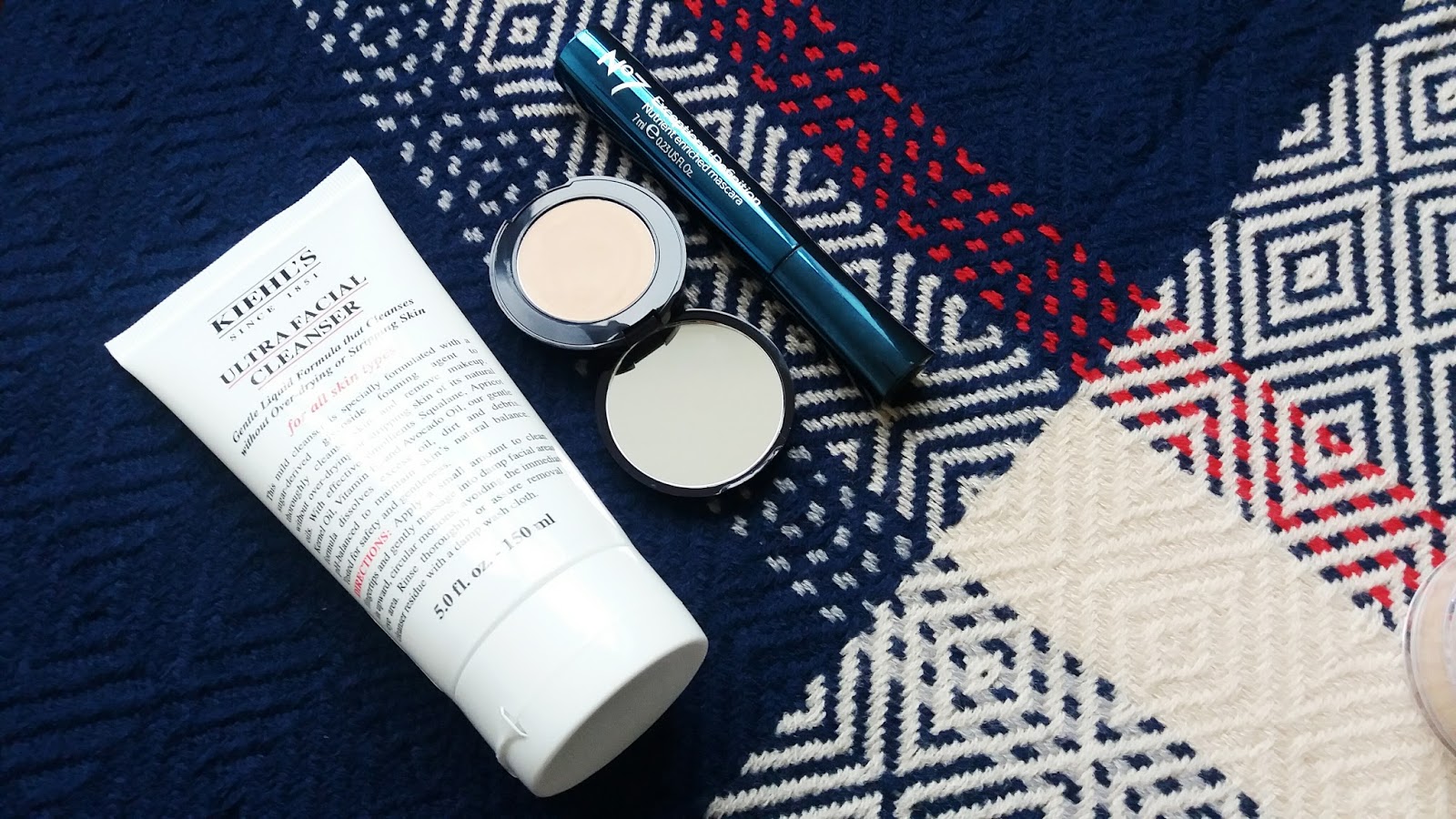 This was an easy-peasy repurchase, no angering shopping assistants required. I love the No7 Exceptional Definition Mascara and have since I received it in a beauty box almost a year ago. The “year ago” bit is the important part of that sentence, as lately I had noticed that it smelled slightly funky and was clumping more than it used to. Time for a new one! I love this mascara as I have long, thick eyelashes anyway; the only issue is that they’re quite pale in colour. All I want from a mascara is colouring and NO CLUMPING. Clumpy mascara is one of my absolute pet peeves and I cannot stand it.

The last thing was a repurchase that’s everyone’s favourite, Batiste Dry Shampoo Tropical. Now that I have a fringe I can get away with only washing my hair every other day, with just this to perk things up in between. It means I get an extra half an hour in bed so I am fully embracing the whole slightly grimy hair thing. 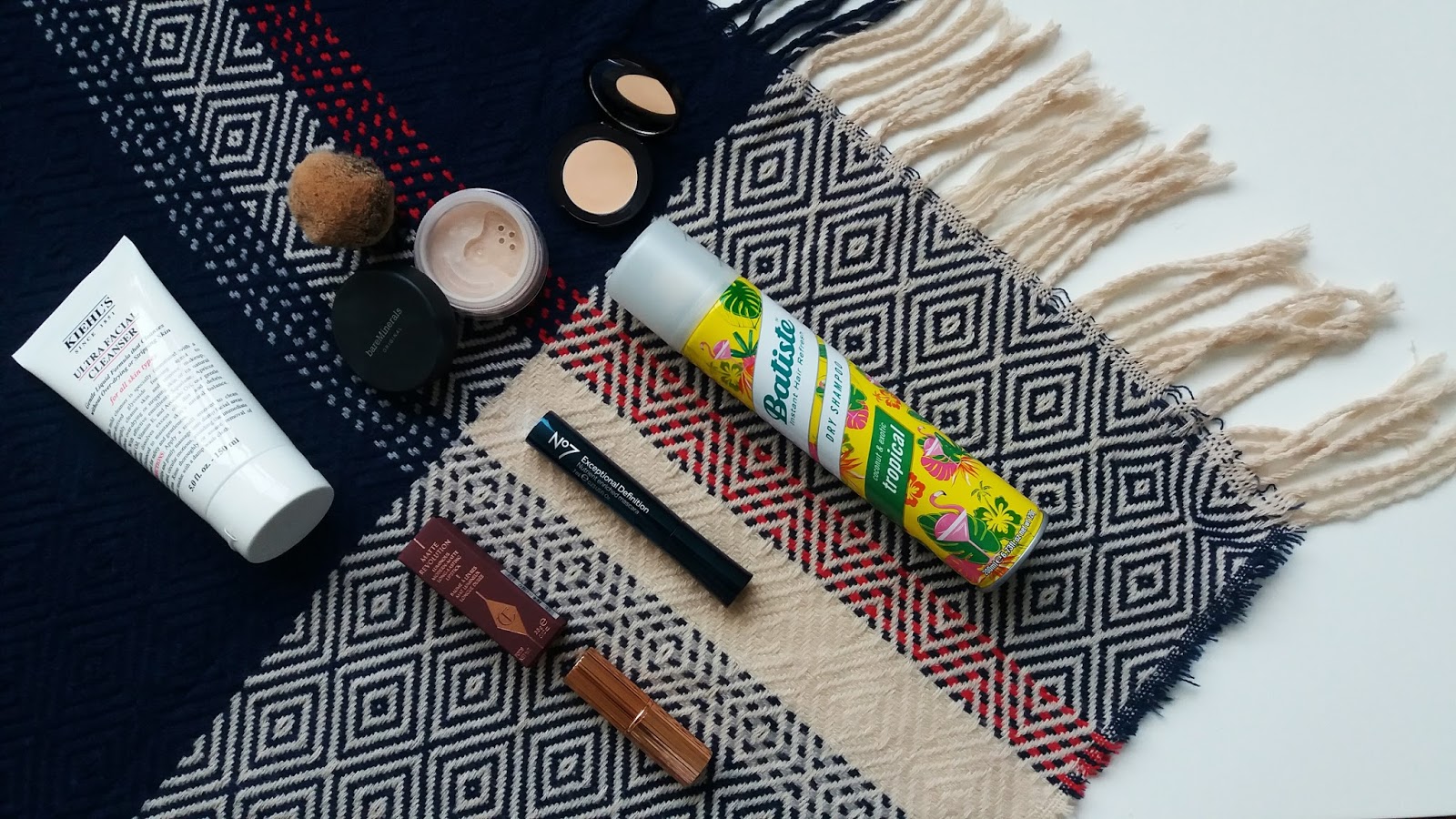 I’m already planning my purchases for April, so keep an eye out for another post like this next month!