Lately, I’ve been really great. I’ve moved in with my boyfriend and we’re having a fantastic time, spending most evenings just enjoying each others’ company. I’m happy. However, my creativity and especially this blog have suffered since the move. While I’ve been twirling around my living room and laughing with the other half, there’s been the niggling thought at the back of my head that I should be working. I should be writing, taking photos and generally being productive. The problem was simply that I didn’t want to. 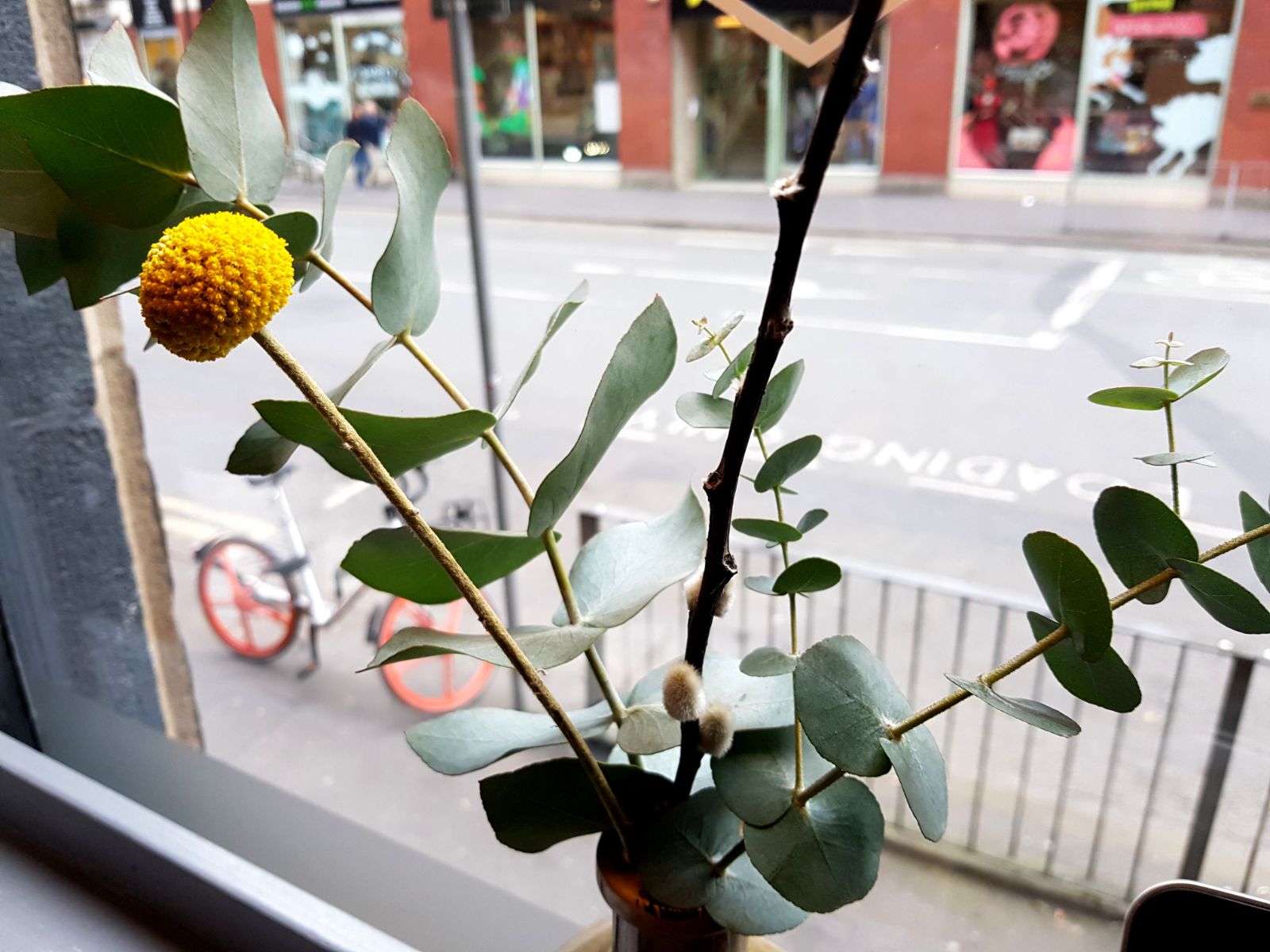 I had a neat little schedule of blog content I was supposed to be working on yet I wasn’t feeling inspired to write any of it. Writing things I don’t enjoy is a recipe for disaster, and a lack of inspiration is the cherry on top. The lack of inspiration was exacerbated by the fact that I’ve spent almost all of my time since the move either in work or in our flat; as lovely as the flat is (notice I say nothing about work) eventually you begin to crave some variety. I’m writing this while sitting in Ezra and Gil, alone, after wolfing down some halloumi and red pepper goodness (and a brownie). The words are flowing from my fingertips for the first time in about a month, so here’s hoping this post isn’t as shitty as the last few.

When I’m in a serious funk I don’t even want to read other people’s blogs because it reminds me of what I should be doing with my time and where I’m going wrong. A change of scenery and a kick up the bum is my solution and so far it seems to be working a treat. This is a big old rambling post so I’ll round it off soon, but stick with me a little longer while I muse about happiness and creativity.

A few weeks ago I saw an advert for a Frank Gehry masterclass and he said something in it that really resonated with me, I can’t remember the exact wording but the gist of it was that if you know what you’re going to do, you won’t do it. On the face of it this sounds ludicrous, but for me, it rings true. When my content is all planned out and I have a set schedule, or even back in school when I told myself I’d revise this at this time and this at this time, I didn’t do any of it. I could never bring myself to revise for anything until university, which was when I figured out the trick of not really planning. Rather than saying I’d do Sumerian one day and Egyptian another, I just picked up whatever I fancied and allowed myself to flit between things. This might end up meaning that I only did half an hour of Egyptian and them two hours of Babylonian, but it tended to average out over a few weeks. I just had to stop restricting myself and do what I wanted to do.

I’ve found it’s similar with blogging. When I plan out my posts too efficiently, it feels like I’ve already written them. There’s no flexibility or allowance for creativity, and as much as I enjoy planning ahead it clearly doesn’t work for me. I think from now on I’ll plan my posts a bit, but will leave gaps to post as and when I feel like it. I’ll still be aiming for three times a week, including my Monday Medleys, but I won’t force myself to fit a mould I made for myself months ago.