As a child and teenager, I was very into personality quizzes of all kinds. I never really took them seriously, but finding out if I was more Mary-Kate or Ashley definitely seemed like a worthwhile way to spend my time. I remembered not being that fussed about magazines generally, the exception being Mizz because it always had the best quizzes. I remember being about thirteen when my Mum asked me to take a personality test. It was a giant quiz that would basically assign you to one of sixteen personality types and she was interested to see what I would be and if I would have a different result as an adult. This was the Myers-Briggs or MBTI test, and she had just had a work training day on office interaction and different personalities. 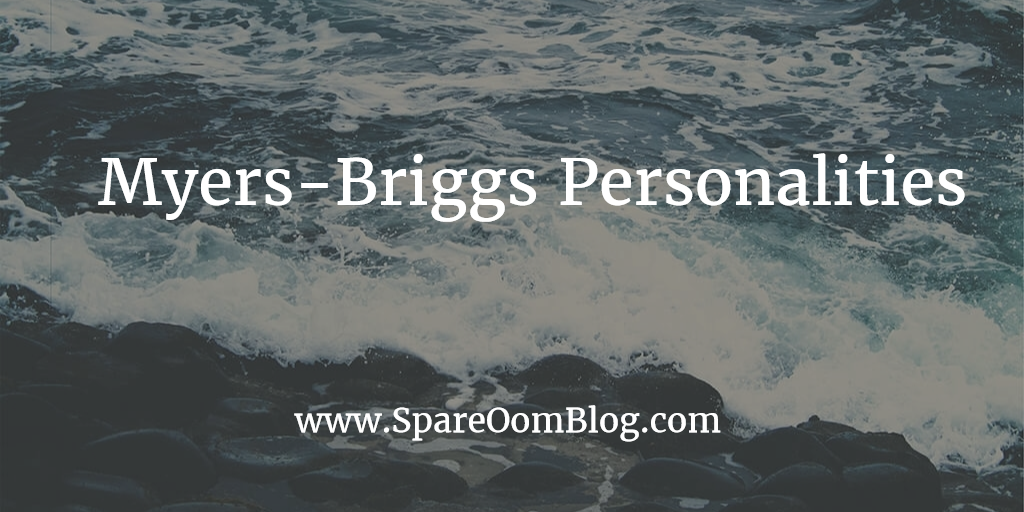 My Mum believes in this test a lot more than I do; I think it’s fun, I think the results should be taken with a hefty pinch of salt because clearly there aren’t only sixteen personality types in the world. However, a lot of the general statements that come from my results do hold spookily true.

As a teenager, I tested as an INFJ. All results are represented in this form. You’re either an I or an E, N or S, F or T and J or P. Each letter stands for a different trait that forms your personality and you can only be one or the other. There’s also lots of stuff on dominant traits compared to others (for example, I’m now an ENFJ, but that would generally be written eNFj as N and F are dominant for me) but if I’m honest I don’t fully understand it.

Although, as I say, some scepticism is useful for any kind of simplifying personality test, I do find it fun reading up on the types and trying to guess what other people are. For anyone who misses the days of teenage magazine quizzes or has a sneaky BuzzFeed-quiz habit, this should provide a (hopefully) fun and (very) brief rundown of the different types.

This is the classic Introverted/Extroverted thing we’ve all heard of. What’s important to understand here is that introverted is defined as someone who feels energised by alone-time, whereas an extrovert gains energy from being around people. That’s not to say that extroverts don’t get worn down by interacting with others, or that they’re always the life of the party, but they generally prefer to spend time with others and feel better for interacting with other people regularly. Introverts, on the other hand, feel tired when interacting with others, generally requiring more alone-time than an extrovert. They may still love a big night out with lots of people, but they crave a balance that extroverts don’t feel the same need for.

This category is all to do with how you handle information, with the letters standing for iNtuition and Sensing. If you’re Sensory you tend to focus on the world around you for information; you start with the facts and then figure out the big picture. If you’re Intuition you start with an idea or big picture and figure out the details as you go. Ss tend to be more methodical and thorough, while Ns tend to work in short bursts and make leaps in ideas that aren’t always logical or even right. I’m a massive N and frequently don’t make any sense to my Mum who is a complete S and doesn’t understand how I’ve arrived at an idea. Equally, I make snap judgments about people or things based on basically nothing and it will take a while for me to realise I’m completely wrong half the time. An S bases their opinions on experiences while Ns base theirs on feelings.

The last category is to do with how you interact with the outside world. My Mum once explained it to me like this: Two people are planning to meet at the cinema to watch a film that’s listed as starting at two o’clock. The J, which stands for Judgment, will be there at about ten to two, buy their ticket, get some popcorn and drink and be ready for two, probably quite content to sit through the usual fifteen minutes of annoying adverts. The P, which stands for Perceiving, will probably get there at ten past two, race through the popcorn queue and their bum will hit their seat as the lights dim and titles start to roll, and they’ll be fine with that. Meanwhile, the J has probably been sat there seething and fretting for about half an hour. The P won’t see anything wrong with this; to them, they were on time. This seems completely insane to me as a Judging type, and I could throttle Perceiving types in situations like this (looks pointedly at younger brother).

You probably already have a decent idea of where you fall in each of these categories, and apologies if my frustration with people who are always late (or late as I consider it) came through there. What’s interesting is when all of these four are put together you end up with sixteen very different personality types. These have been ascribed different names, some overly-flattering and some a little mocking; ENFJs like me are alternately called The Protagonist and The Giver, depending on where you go. If you do this test I’d recommend a healthy dose of scepticism and read a few different takes on your personality type; they can vary a bit from website to website.

Your type can also vary depending on your age and likely also your mental state; as a moody teenager I tested as an introvert, but now I’m an extrovert, but I’m a borderline one. It’s a bit of fun, although the test is pretty long. I like reading up on how my type interacts with other people, and it has actually helped me to understand at times why other people act in ways that seem completely alien to me.

Take the test here if you fancy finding out a bit more, and let me know what your result is in the comments!