The Life Changing Magic of Tidying by Marie Kondo took the world by storm some years ago, and while the KonMari movement has lost some momentum, it’s still going strong and revolutionising homes across the world. When I spotted it for £1.99 in a charity shop window, I thought that maybe KonMari would be the answer to my bouts of tidying followed by periods of mess. 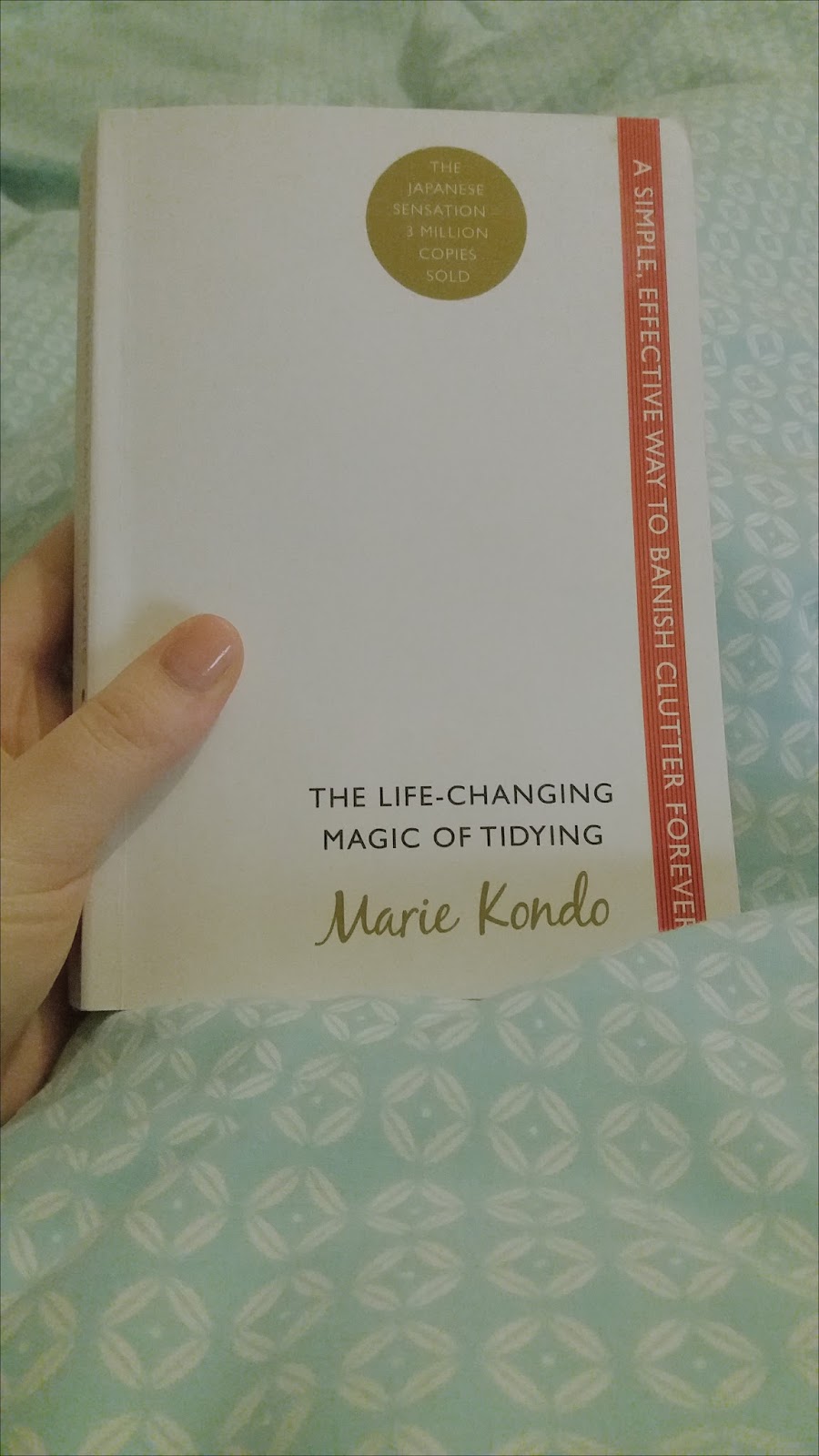 The most well known aspect of the KonMari method is the way in which she recommends choosing whether or not to keep something. She suggests asking yourself for each item, “does it spark joy?” and if it doesn’t, you should immediately take steps to remove it from your life. There’s no denying that this method is effective so long as you are ruthless and don’t second guess yourself. As soon as you pick up that jumper, book, or random ornament you picked up at a car boot sale because the guy selling it was cute, you’ll know whether you really enjoy owning it. By doing this you rapidly trim down your possessions to the bare minimum, allowing you to begin seeing your home as it was before you filled it with junk.

The “Spark Joy” question is the crux of the KonMari method, but there’s also a complex list of the order that you should apply this method, such as tidying by category rather than room, and starting with things like clothes and shoes, before moving gradually to more sentimental items like keepsakes. The method then goes into detail about how to store items effectively, which is definitely the least interesting part of the book, and also where it tends to get a bit airy-fairy. I’m not here to judge, but I’m sure as hell not going to sit and take all the labels off my food and clothes because of the “noise of information”. Nor am I going to thank my bag at the end of every day for it’s hard work lugging my stuff around; I’m sentimental, not batty.

Marie Kondo claims that once you have followed her method, providing you do it thoroughly and all at once, you will never have to tidy again. I’m calling that bullshit, because I don’t think Marie Kondo understands how much of an impulse buyer I am. Just look at any of my haul posts; half the time I went out for batteries or a packet of tissues and ended up spending £40 in Boots and £60 in Topshop. That says more about me than Marie Kondo, but I still don’t think that the method would really work for me and those like me. 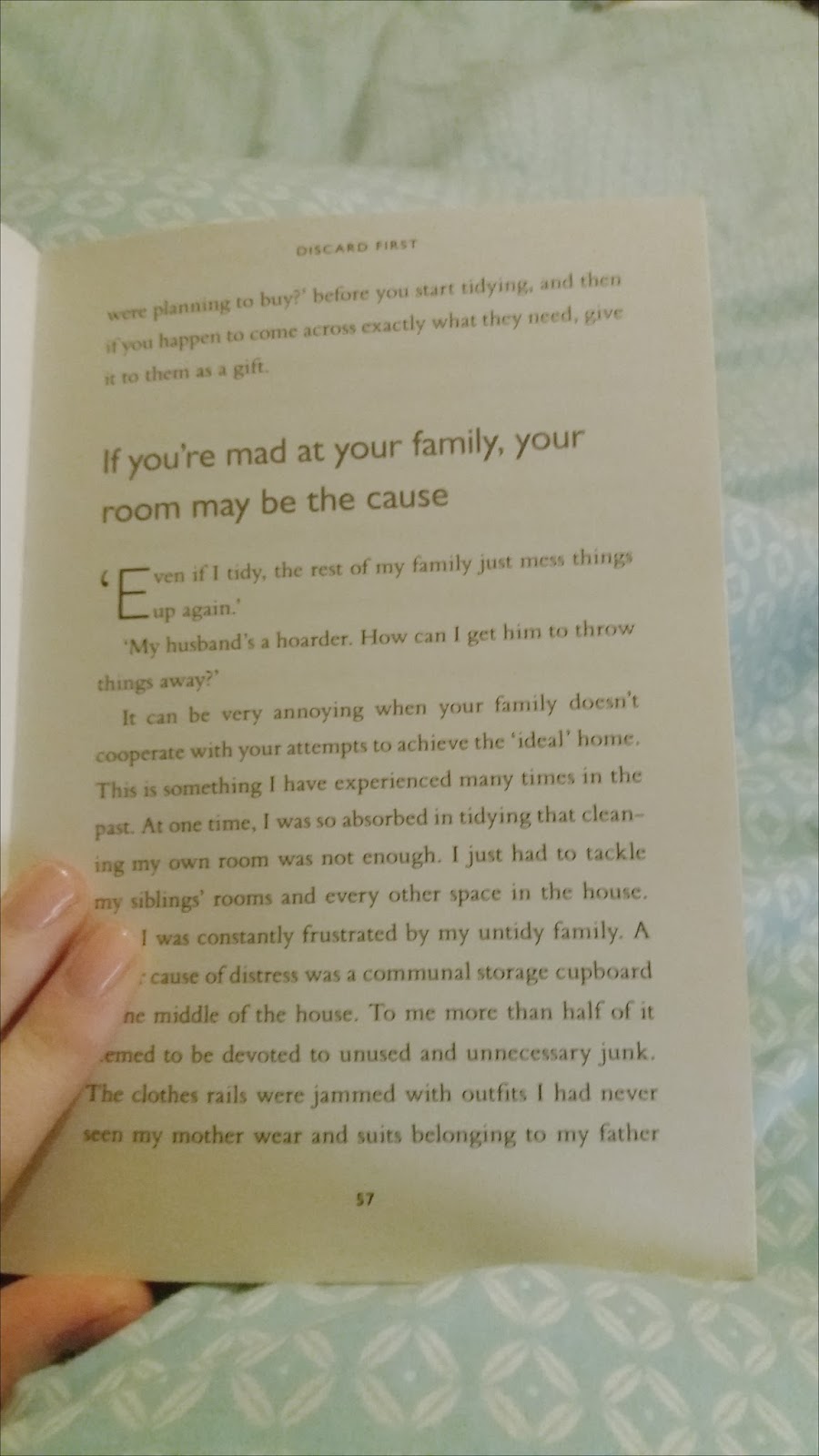 The Life Changing Magic of Tidying did send me into a more extreme tidying phase than normal, and has only inreased my desire to have a capsule wardrobe, but as lifestyles go, it’s not mine. I love minimalism and the general organised aesthetic, but it’s not practical for my current situation. Stuck at my Mother’s house for now, I have a whole flat’s worth of stuff crammed into one room. I also have a great deal of love for so many of my things, and while there is definitely more trimming down to be done (especially in the book department) I’m pretty happy with how much stuff I have. It’s actually quite difficult to throw things away here, as inevitably anything I put together for the charity shop is searched by my Grandmother, resulting in her convincing me to change my mind on several items.

The KonMari method is great, but the more spiritual aspects of it aren’t for me, nor is it really workable with my current lifestyle. I may return to it some day in the future, but right now, I’ll stick with my organised clutter.