The “My Little Mountains Box” seemed like an odd choice to me when I first opened this month’s parcel of surprises. It took me a second to realise that it was in reference to the ski season; since My Little Box is a French company, I figure skiing features more prominently in the French idea of Winter than in the British one (it having actual mountains rather than big hills). This month was a very cute little collection of ski-related gifts, but as is often the case with MLB, it was a bit of a mixed bag. I’m a pretty big stationery fan, as you’ll see very soon as I have two such posts (a haul and a subscription box) coming very soon! Sticky notes are always handy to have around, especially since my memory is pretty dire. I like to scrawl things on them and stick them in strategic spots around my flat so that I actually remember to wash up, shave my legs or the fact that I’m supposed to be on a diet. I usually only remember the last when I’m halfway through a slice of cake. 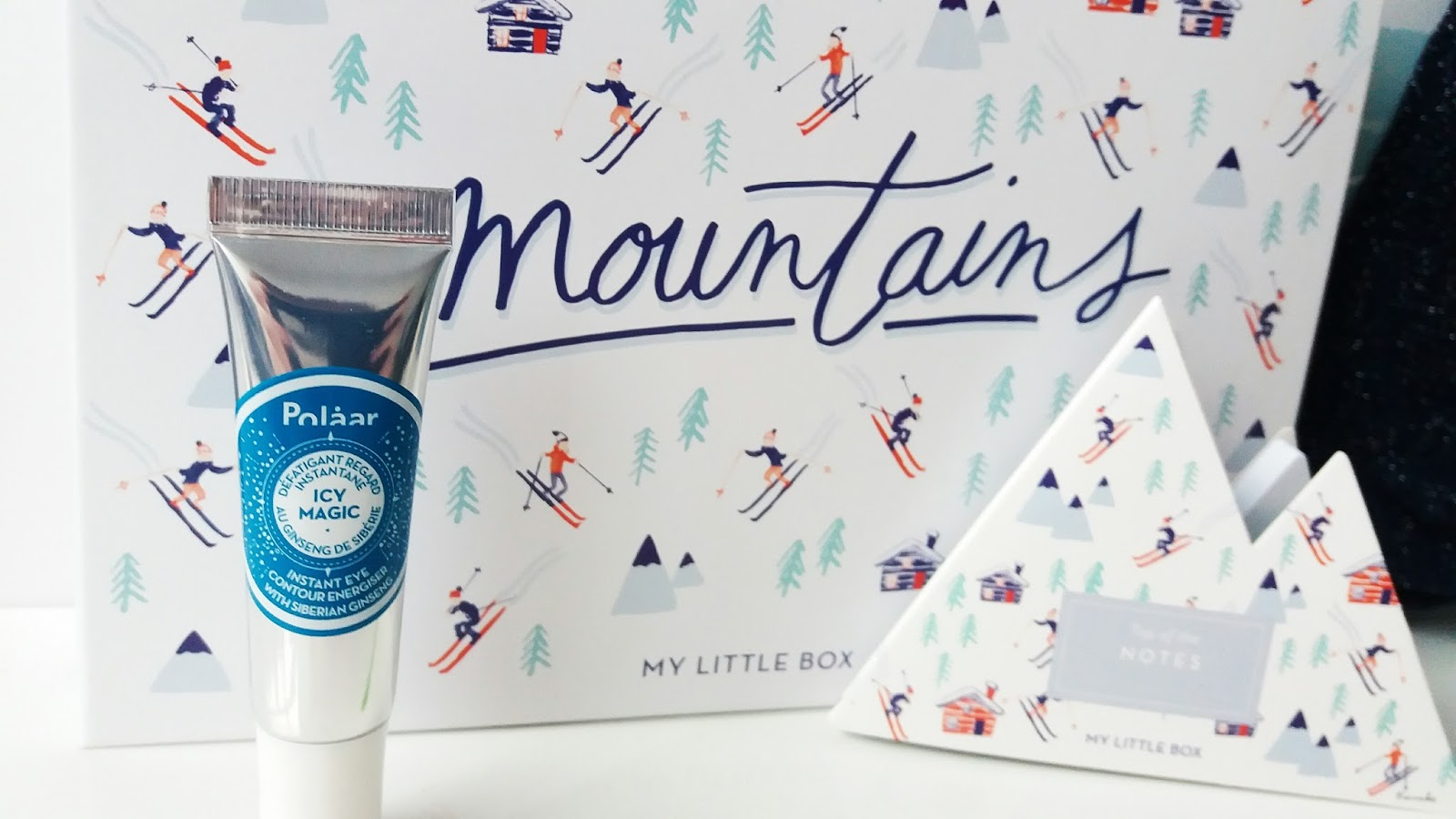 I don’t think I’ve ever had a lip balm in a ball like this, although I have seen them around. This is a pretty basic lip balm, and it’s just the packaging that makes it special. It’s lovely and moisturising on the lips and doesn’t leave a gross white cast like the lip balm I was using last time I went skiing. This is perfect for on the slopes, or just for fighting your way through the High Street crowds in a bitter wind.

I used to be a big fan of the Laura Geller Spackle Under Eye Primer, which had a metal tip like this one and was wonderfully cooling on puffy under eyes in the morning. I eventually had to chuck it because it was rather old and smelled…funny. With both milk and makeup, I trust my nose. This is a different sort of formula; rather than a cream, this is full of oils designed to drain those puffy eye bags and erase dark circles. I love the Polaar Eye Contour Energiser for the same reason I love the Spackle Primer – it’s amazing first thing in the morning for waking me up and making me look like I slept for more than a few hours. 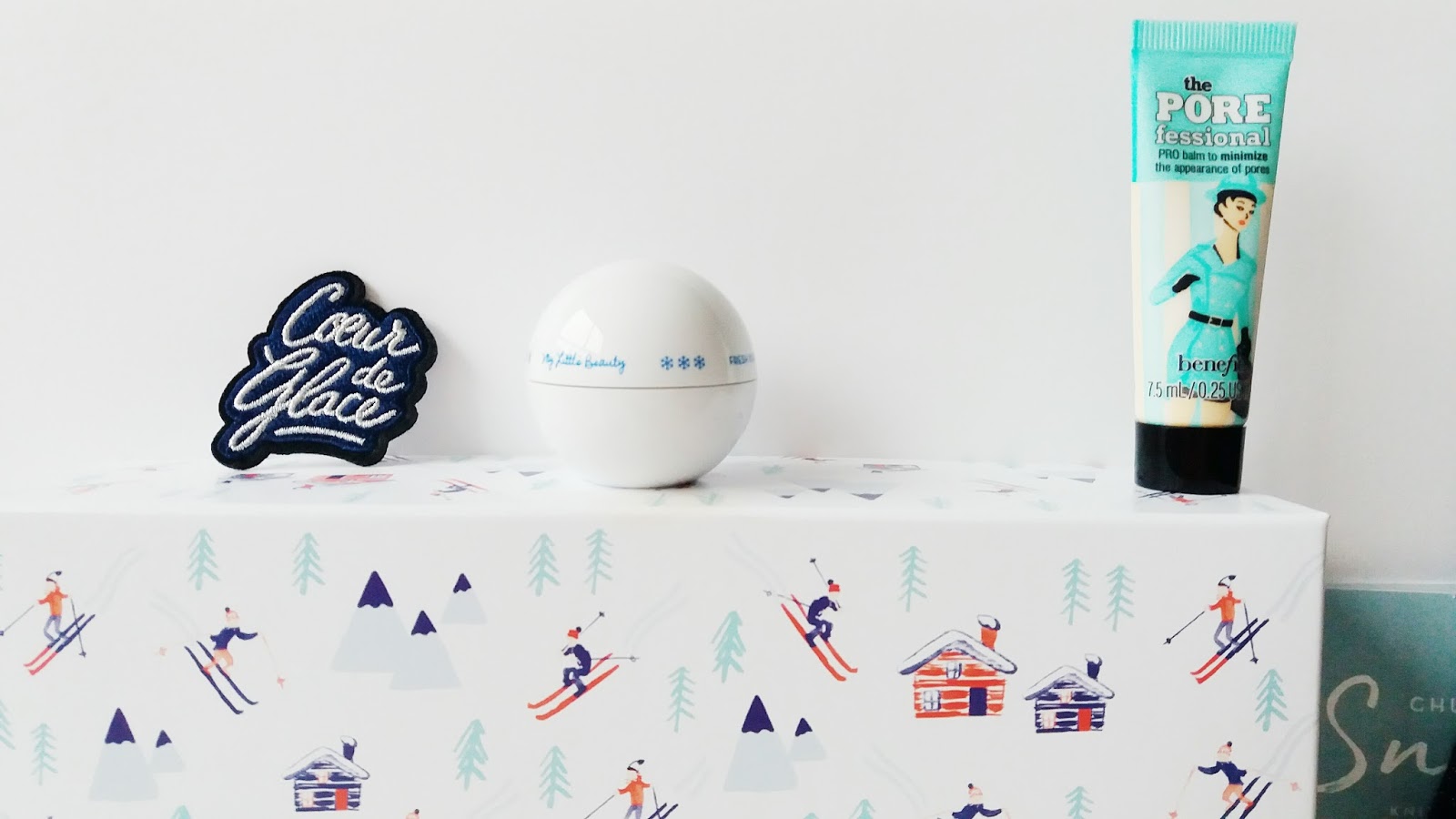 This is one of my absolute favourite primers, and a part of my regular makeup routine, so I was absolutely chuffed to bits to find a little travel sized tube in this month’s MLB. It’s silicone based, which I know isn’t for everyone, but thanks to acne scarring I’m all for a little bit of smoothing and blurring. I already had a mini one on the go at my boyfriend’s house, but since that’s starting run low this one will be making the trip over there to go in my “emergency makeup stash”, because I can’t be arsed carting everything to the other side of Manchester every time I stay over.

This was an interesting thing to included in this month’s box, and something I have absolutely no use for. I haven’t attempted to knit since I was about seven and my Gran tried to help me make a scarf. I still have a scar on my thumb and she forbade me from ever picking up the needles again. I might have had a go and risked her ire from beyond the grave had the required wool been included, but I really don’t have enough enthusiasm for the project to go out and get everything. Binned. 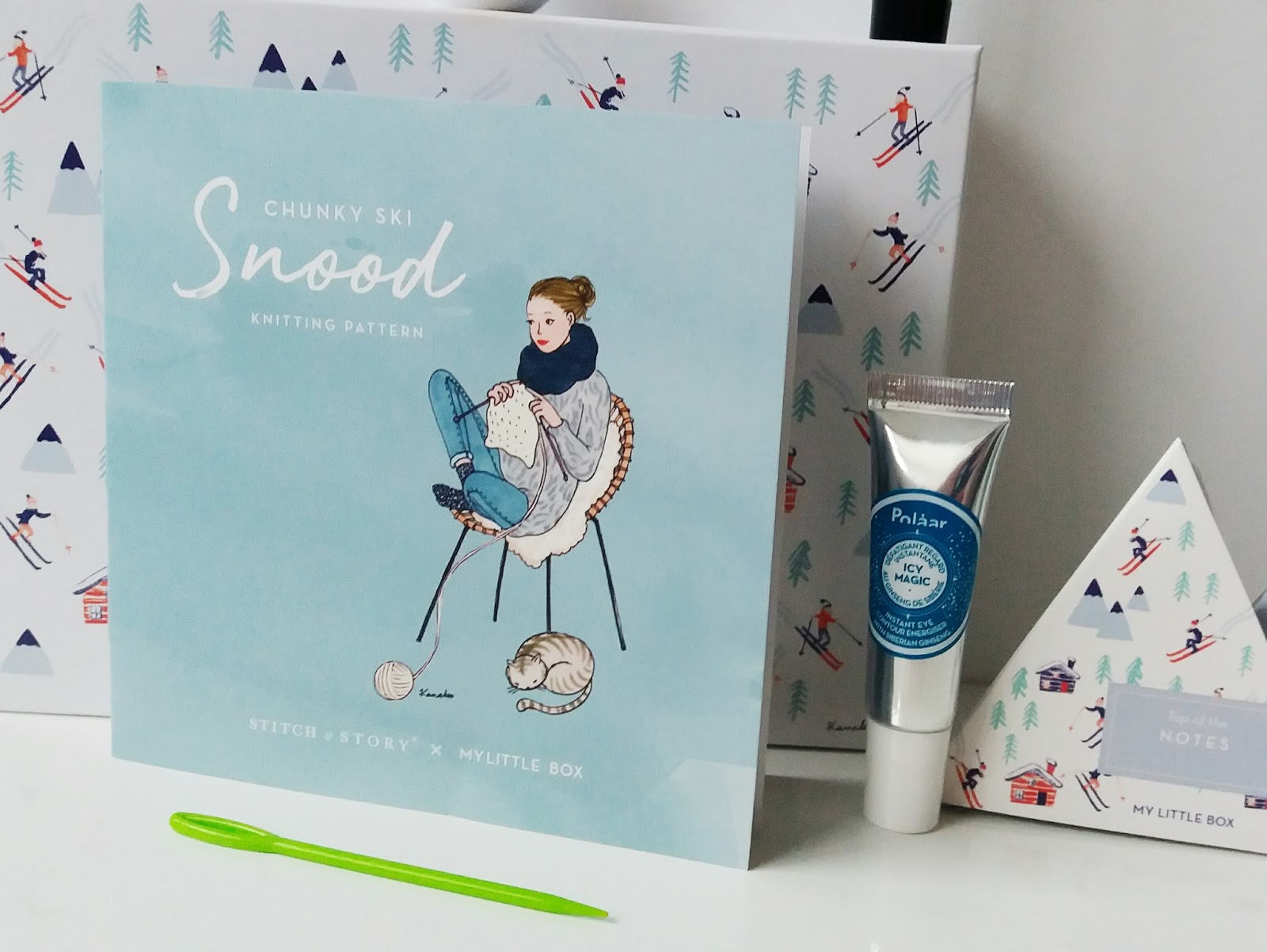 Now, this is more like it. I’m absolute murder for wearing through my socks and at least half of them have holes in the toes and I’m too lazy and too forgetful to buy more. The socks are navy with a silver thread running through and are my new favourite bed socks. Give me socks in a subscription box any day. 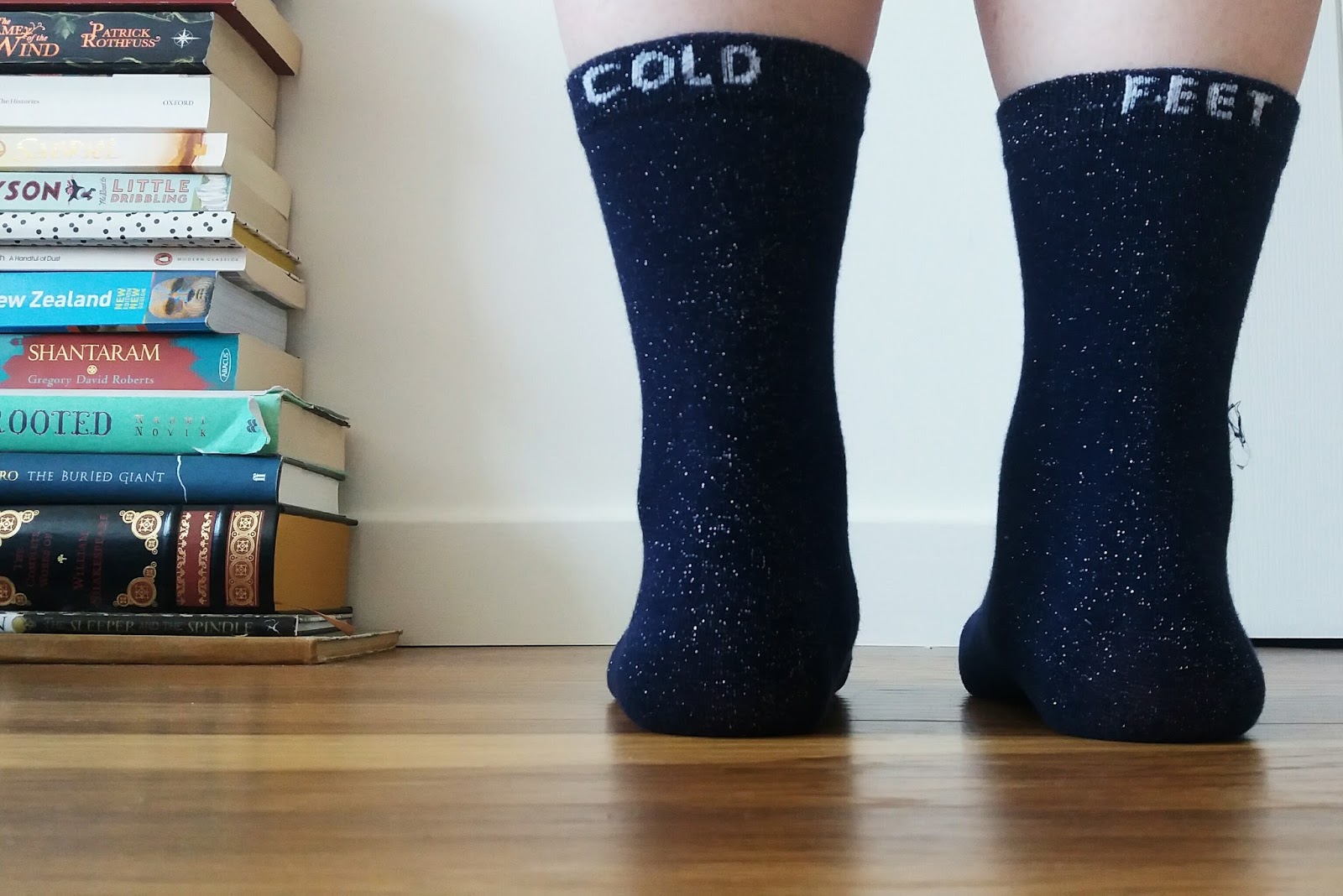 I’m not generally one for pins and badges, but I really like this in its little tin. It’s navy with silver thread, and while “Heart of Ice” may not exactly be true (my heart is soft and fuzzy) I still kinda like it; I harbour a secret desire to be a badass.

Included in this month’s MLB was a little book featuring a slightly strange quiz on ski etiquette, a graphic of some of the world’s tallest mountains and four soup recipes. Weird, but the parmesan, spinach and artichoke soup and the pumpkin cashew soup sound pretty great. 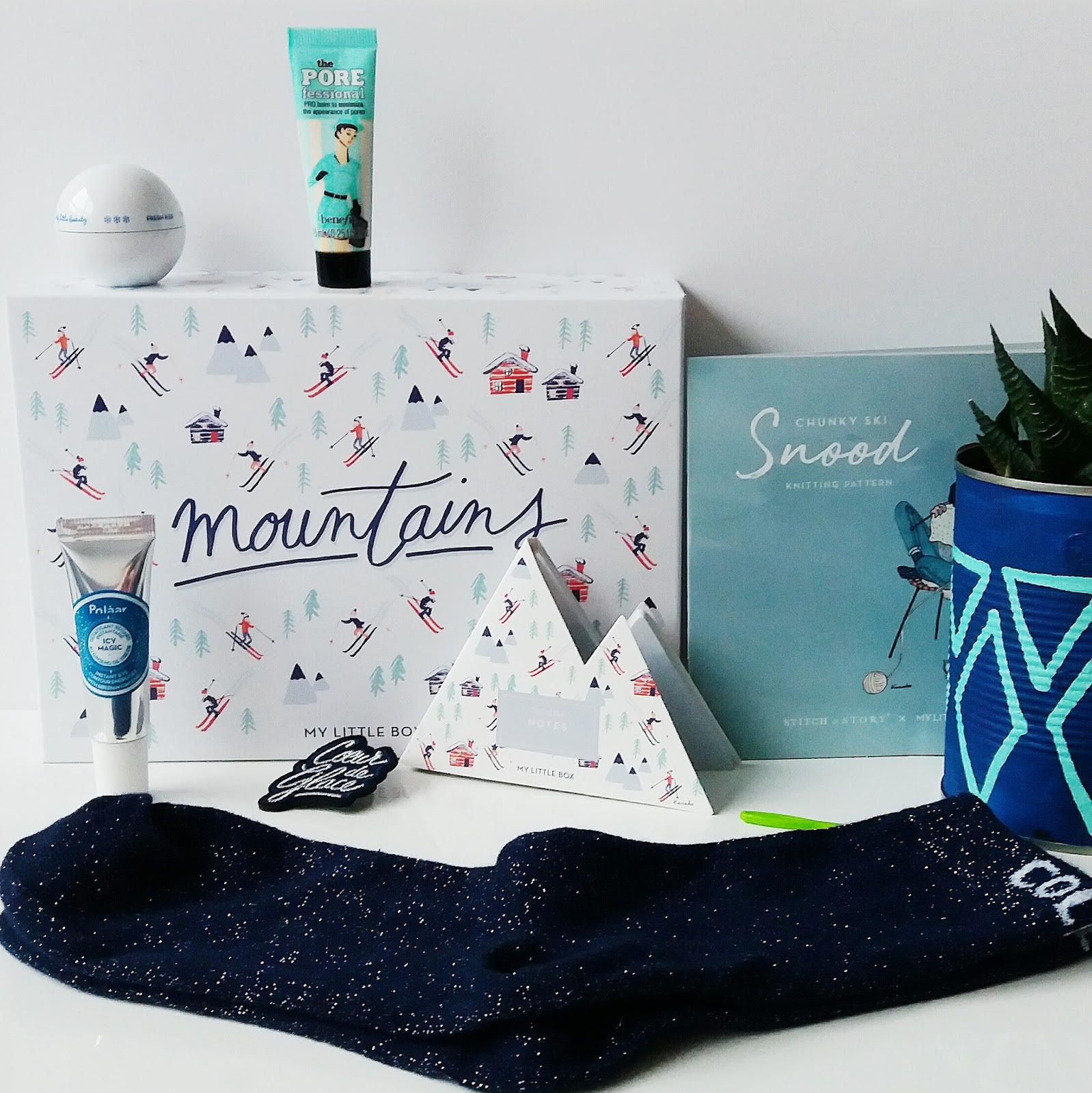 This month’s box was pretty good! The only thing I was disappointed in was the knitting pattern; the inclusion of Benefit product and a new find from Polaar made this an excellent box, plus SOCKS!

Check out the January and December boxes!