A few weeks ago I went to see the Talawa Theatre‘s production of King Lear at the Royal Exchange Theatre in Manchester.  I had high expectations, as just two weeks before I saw a fantastic production of A Midsummer Night’s Dream by the RSC, and although the plays are very different, I expected this one to be of a similar calibre.  The truth is, in my opinion King Lear and the Talawa Theatre blew the RSC out of the water. It is unfair of me to compare two very different plays, but it is somewhat inevitable when watching two Shakespeare productions in quick succession.  The tone of King Lear is dark and dramatic, with madness always on the periphery of events.  A Midsummer Night’s Dream however, is whimsical and fun, born of a misunderstanding and centred around love.  Where A Midsummer Night’s Dream is light tinged with dark, King Lear is all dark, with only the tiniest rays of hope in the characters of Edgar and Cordelia.

King Lear follows the title character as he gradually descends into madness and rage; feeling betrayed by his daughters, he become ever more reckless.  His decisions and the machinations of those around him bring the kingdom to war and despair, with no real happy ending in sight.  I won’t spoil anything for anyone who hasn’t read or seen the play, but it is called a tragedy for a reason. 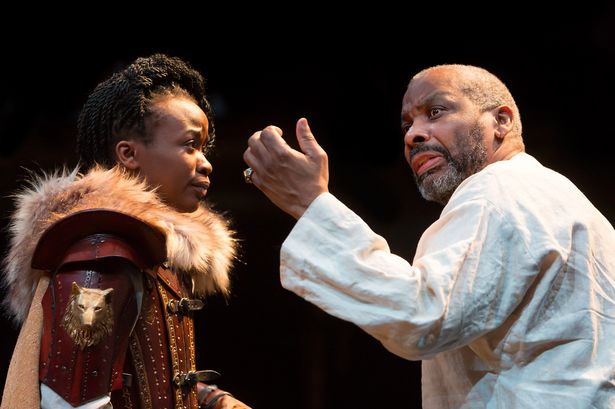 I have never known a play to affect me in the way that King Lear did.  Perhaps it was the personal connection, as Lear’s decline reminded me of several elderly family members, but in truth I think it was the power of the story and performances that resonated with me.  Don Warrington as Lear was heartbreaking and terrifying, and Rakie Ayola as Goneril was masterful in her portrayal of a manipulative princess.  The other stand out performances were from Alfred Enoch (Dean Thomas from Harry Potter who I definitely do not have a crush on, honest) as Edgar, and Thomas Coombes as Oswald, who was utterly hilarious and very camp.  Enoch was so masterful that despite the good portion of the play where he is wearing little other than a loin cloth, I was so distracted by the story and the plights of his character that I wasn’t even remotely pervy.  I’m almost disappointed in myself. 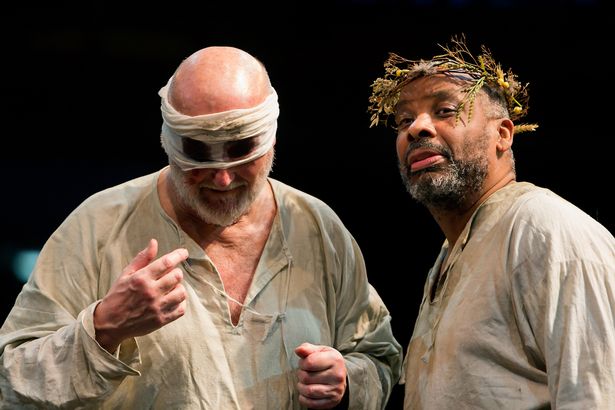 The Royal Exchange Theatre itself deserves a mention, as do Signe Beckmann and Johanna Town for their use of the stage.  The Exchange has a tiny stage entirely surrounded by seats, with only small walkways amongst the audience for the actors to exit the stage.  The darkness and closeness of to the stage added to the intensity of the play, and the use of a dirt floor and rain grounded the play firmly in reality.  Where in A Midsummer Night’s Dream everything is, well, dreamy, King Lear is determinedly real.  It smacks you in the face with the dark and the cold; with the madness that lies within us all.

King Lear is showing at the Manchester Royal Exchange Theatre until the 7th of May, and then moves to the Birmingham Repertory Theatre from 19th May to 28th May.