About three and half weeks ago I finally moved out of my one-bed flat with a leaky roof and windows that didn’t open nearly wide enough for actual fresh air and moved into a city centre flat with my boyfriend. The windows actually open properly and the roof doesn’t leak so that was already a plus, but it’s also a heck of a lot bigger even when filled with my hundreds of books and his crazy amount of bass guitars. 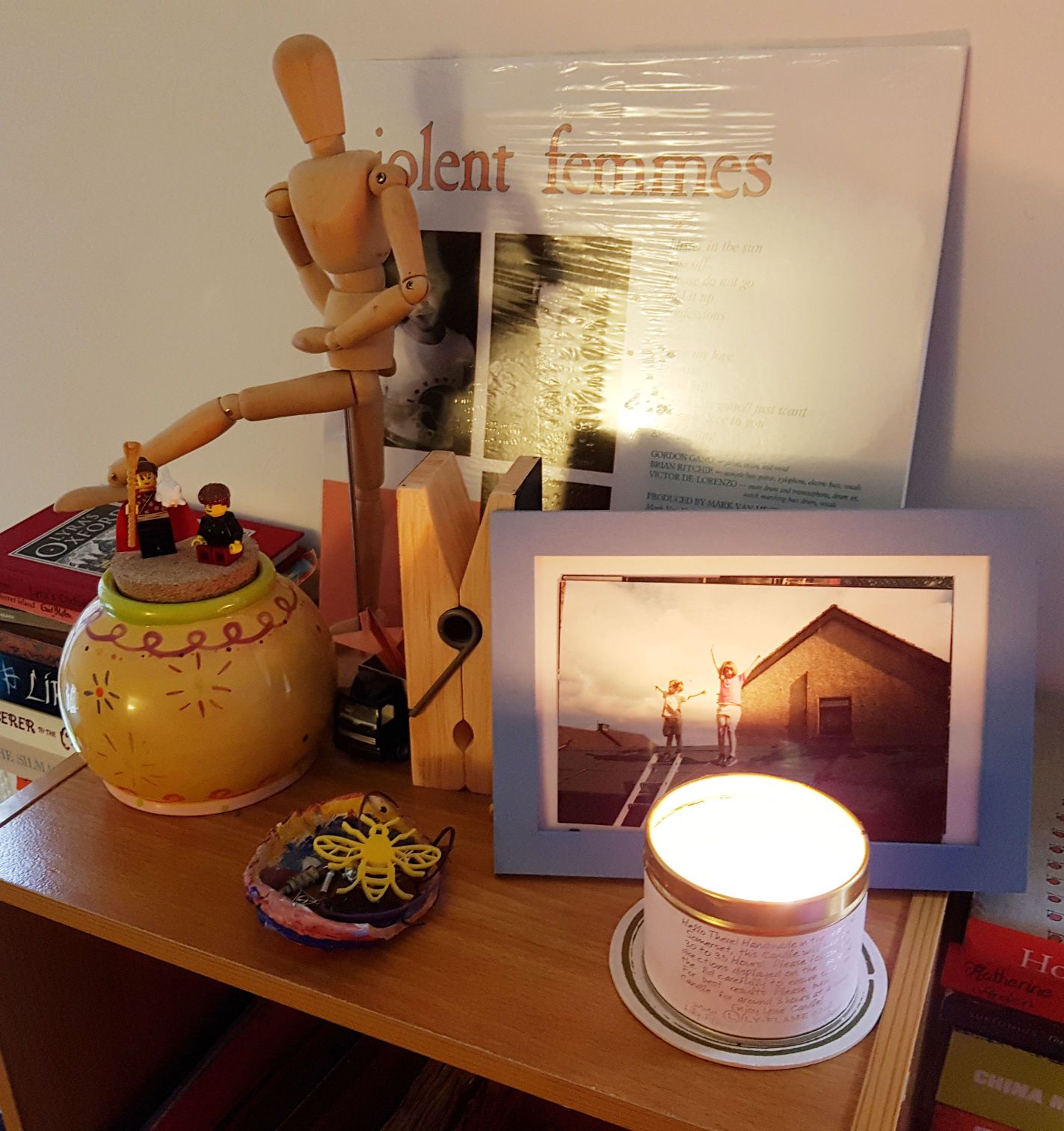 I’m also really happy here. I won’t lie to you, there have been a few arguments since we moved in, but they were mostly because we were either hangry or knackered, and frequently caused by a misunderstanding. Given twenty minutes of bickering, we generally end up figuring it out and then feeling like complete lemons for arguing about nothing. We knew that it was a bit soon to be moving in, having been together for less than a year, but our contracts were running out and the time was right. It helps that we’ve been friends for nine years so we’ve already seen each other at our worst, and had a pretty good idea of what we were getting ourselves into. Plus, sometimes you just know it’s right.

I’m constantly astonished at how happy I am living with him. I lived with my ex for about a year and I was never even close to as happy as I have been in these last few weeks. It’s kind of hard to explain with sounding crazy, but I tend to dance and sing when I’m happy (please note, dancing is of the dad variety and singing is more like three note bird-like trills). I have been jigging about and singing the entire time in a way I never felt like I could with my ex. Every day with my boyfriend makes me laugh and I can’t stop smiling and it’s all really quite sickening for any observers.

As to the flat itself, it’s an old converted mill in the Northern Quarter, and you can see straight into the dance studio across the road and into the large groups of people meditating in the Buddhist Centre at the weekends. The location is fantastic and I no longer have to take the tram to work every day, and all the wonders of the NQ are on our doorstep.

We’re still missing hooks to hang pictures on the walls and some lampshades, plus there’s always a need for more plants, but it really feels like home to me now. There’s the cluttered corner of guitars, mysterious cables and lego, the two tottering towers of books by the window and the succulents and leafy plants that I’m trying to squeeze onto every available surface. Frequently there will be copies of The Week lying around and washing drying on an airer by the guitars, but most days I’m curled up on my spot on the sofa, feet up on the ottoman while watching a sitcom or playing a game. It’s a pretty sweet life.