I’ve been waiting for this book for about ten years, so it’s safe to say that I was pretty excited about it.  I even wrote a whole post about the Old Kingdom series and my love for it.  Annoyingly, the book didn’t actually arrive on publication day, leaving me wishing that I had decided to go out and buy it instead of waiting for Amazon.  Eventually, the book popped through my letterbox and I devoured it in one sitting. 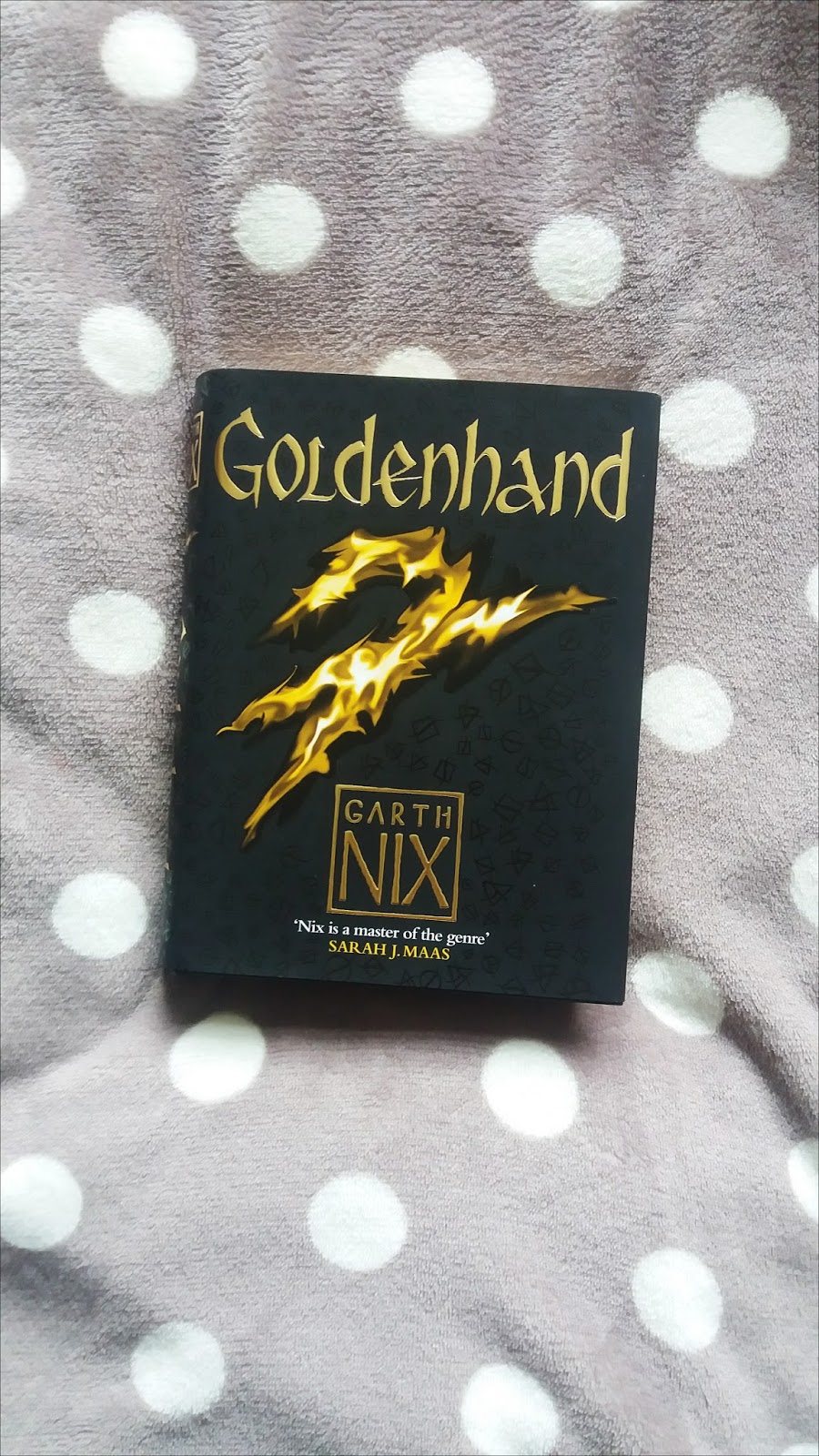 Goldenhand picks up in the aftermath of the events of Abhorsen, and ties in nicely with Nicholas Sayre and the Creature in the Case. Its main protagonists are Lirael and Nick, as they travel to the Clayr’s glacier to find a cure for Nick’s unusual condition. They become embroiled in a mystery involving Arielle, Lirael’s long lost mother, the tribes far north of the kingdom, and the undead necromancer Chlorr of the Mask. They are quickly swept into the perils of battle, as the Old Kingdom descends into all out war with the northern tribes. Lirael and Nick must travel beyond the northern rift to finally put a stop to Chlorr, before thousands die in battle. Ferin, a girl from the mountains in the north, delivers these tidings through great danger, and is another principal character within the story.

I thoroughly enjoyed the first two thirds of this book.  It was steady, with building tension, and the interactions between Lirael and Nick were sweet and felt genuine.  It reminded me a great deal of the earlier books in the Old Kingdom series. Unfortunately, the latter third of the book felt very rushed. It’s actually quite hard for me to write this, because I’m such a huge Garth Nix fan and love his worlds and characters, but this book wasn’t up to his usual standard. Several characters, notably Sam and Sabriel felt diminished, reduced to stock characters with little realism or personality. While some of this is down to their being side characters, their behaviour and reasoning at time simply didn’t gel with what we knew of them from previous books. Sam’s romantic entanglements that emerge as the book goes on feel forced, with very little chemistry between the two. 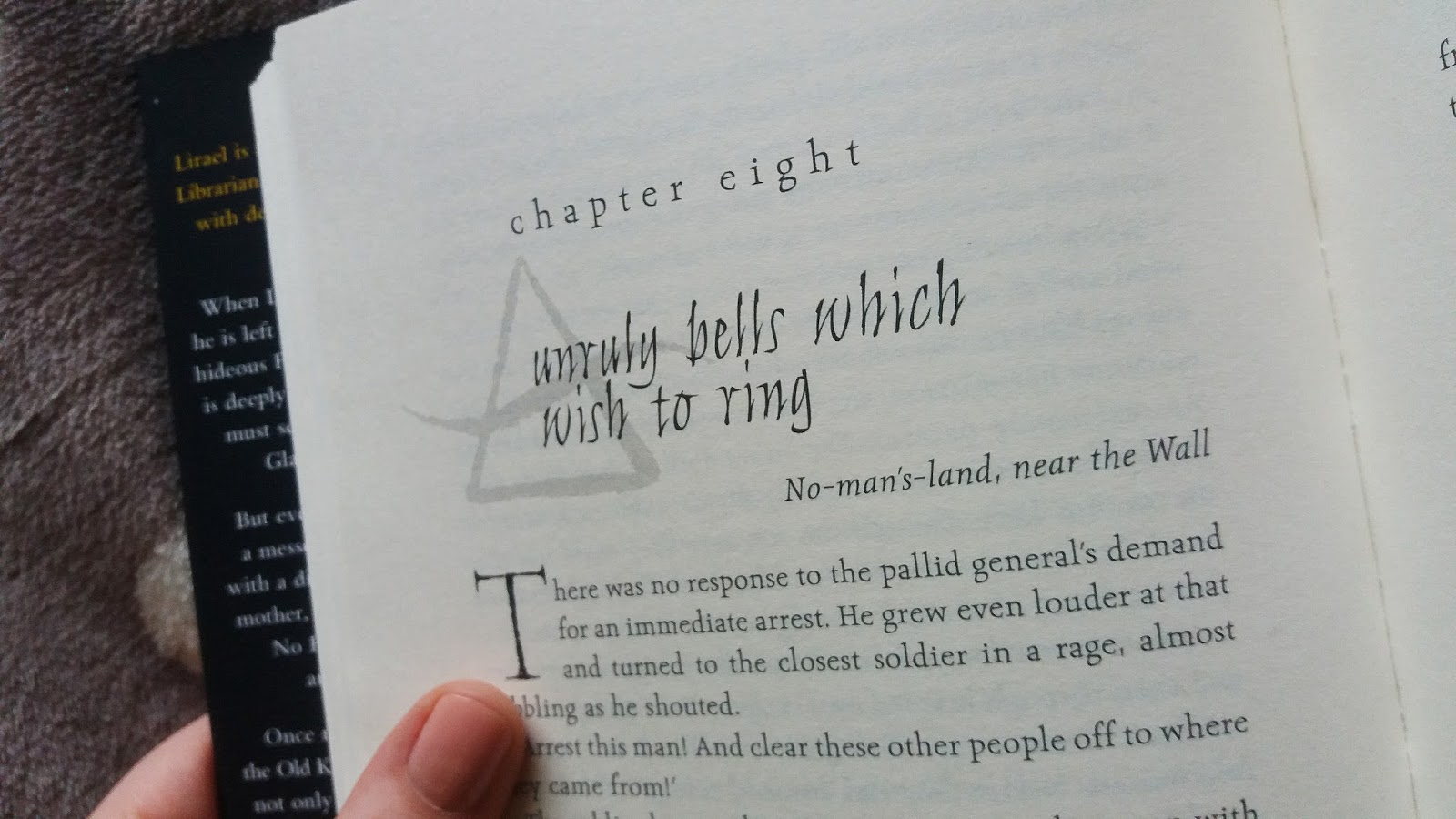 Despite my misgivings and the rushed ending (this really should have been two books) I enjoyed reading Goldenhand.  Lirael and Nick are a great team who really bounce off each other and are a joy to read about, and the expansion of the world of the Old Kingdom was very welcome and beautifully portrayed in Nix’s classic style.

You’ll definitely get more out of this book if you’ve read the earlier works, in particular Nicholas Sayre and the Creature in the Case, which is part of the Across the Wall anthology. As it also ties in directly with Abhorsen I would definitely recommend reading that, and although Clariel isn’t essential, reading it would definitely add to the experience. 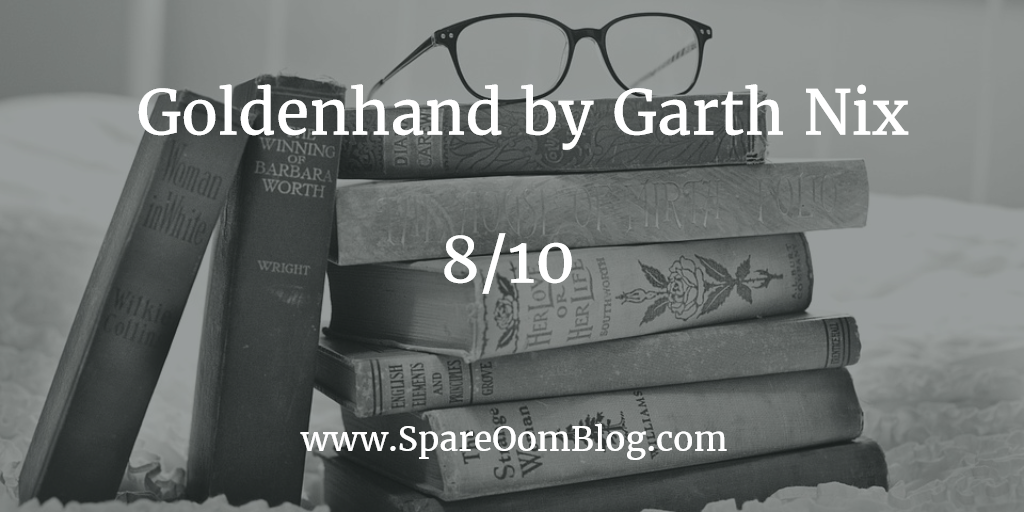