I’m back with a wee book review today. Considering Godsgrave came out almost a year ago this review is hardly hot off the presses, but after recently checking it out from the library I found that I had a few things I wanted to say about it. Scroll the bottom for a quick version of this review! 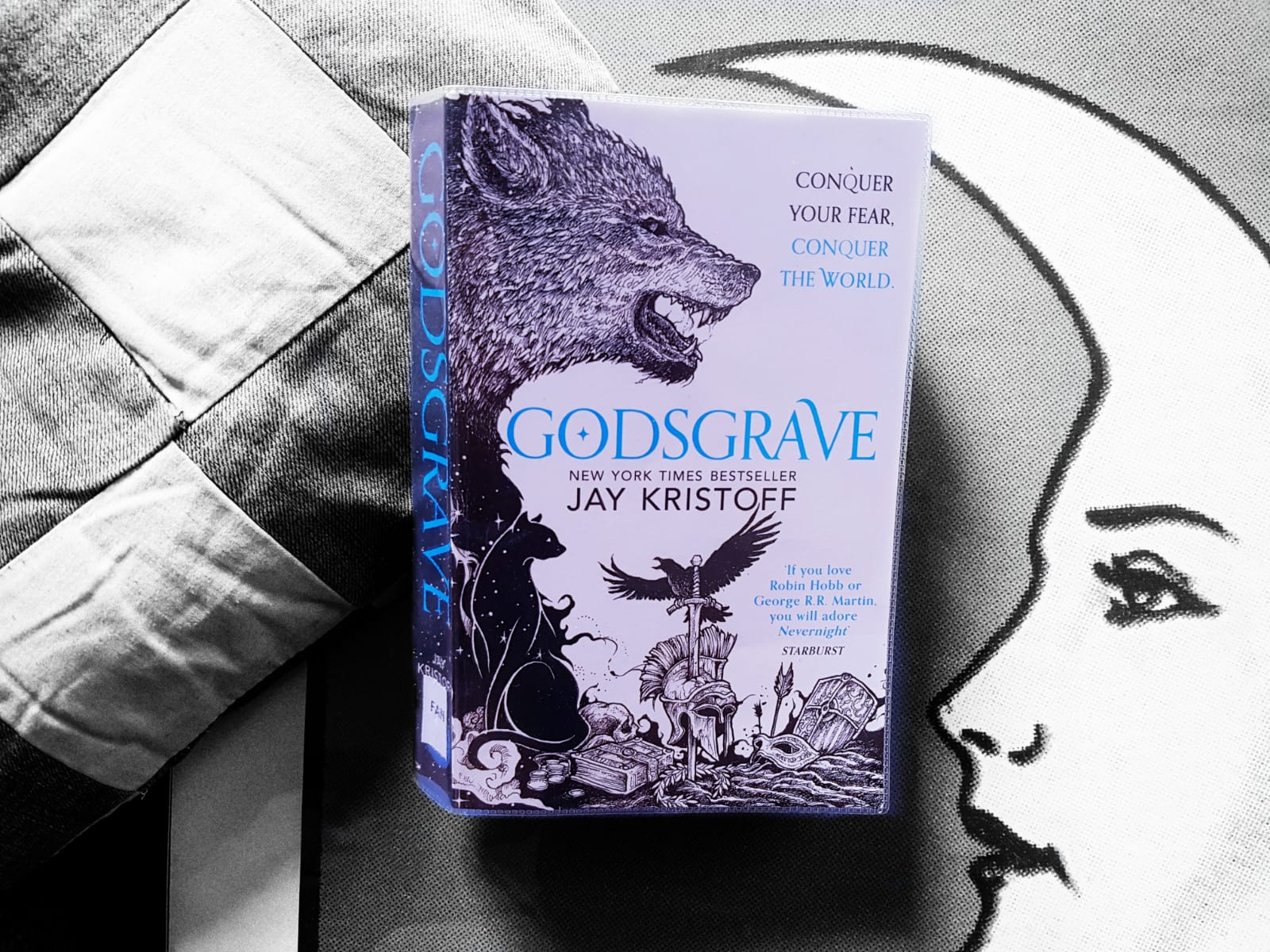 I reviewed the first book in the series, Nevernight, back in February 2017. I enjoyed it, but didn’t beat about the bush when saying that the characters are a little bland at times. The story had its twists and turns, and I enjoyed the hints at greater world-building to come. I wasn’t in a rush to read Godsgrave, as is made clear by how long it took my to get round to reading it, but I was looking forward to another fun read that I could devour in a day or so and relax with.

The reviews for Godsgrave are wildly positive, filled with the ravings of people who seem to be such complete fangirls that they can’t even consider the book’s flaws. Godsgrave is a fun read, but lacking compared to Nevernight. The story is far weaker, and although I enjoyed the gladiator plot, it felt as if it shouldn’t have taken up almost the entire book. Mia is still a bit of an over-powered heroine with few weaknesses; she just doesn’t feel like a real person to me. I also remember her being pretty cold and calculating despite being driven by her emotions, which I really liked. In Godsgrave she seems to have lost the cold and calculating part and be completely driven by emotions and hormones. I don’t mind characters like that, but it was as if she was a completely different person.

The sex scenes were written like fan-fiction. This isn’t necessarily a bad thing, but they did go on for longer than necessary and frequently didn’t have a purpose or further the plot. Similarly, the arena action scenes were actually quite dull in parts, especially the chariot race, which I had to fight the desire to skip.

The world that I loved so much in the first book was also greatly diminished in Godsgrave. It had far less depth and richness to it; the mythology was less woven into the story and seemed instead to simply be a means to an end (or a means to another book) rather than enriching the story in a fulfilling way. We learned very little about the wider world other than that insect people are thing, which would have been cool except there was virtually no information about their culture or relation to the wider world. It was as if Kristoff just wanted a  to take regular gladiator fight and make it harder and his solution was just “give the baddie more arms and more swords”. It’s lazy writing at its finest.

A reveal at the end of the book felt cheap and just left me irritated with the path the series is going down, rather than the shock the author was going for. I also felt like the story didn’t actually advance that much; when you compare the beginning and the end of the book you realise that very little has changed for the main character and she doesn’t seem to have undergone any character development other “huh, maybe I’m bi?”.

Perhaps I’m being overly critical, but I promise it’s just one last paragraph before we get to the good points about Godsgrave. I can’t stand the narrator. His incessant use of “fuck” is irritating, the frequency cheapens any emotional impact and it reads like the author is just trying to sound edgy and in touch with his audience. The self-aggrandising language that is most prevalent in the footnotes drove me mad, often making me roll my eyes and skip the interesting bits of information about history and mythology that’s in the footnotes. Also, if your footnote is half a page long, that’s too much. If it’s important it should be in the actual text, not tacked on. If it’s just some fun extra information then keep it short and sweet, otherwise it distracts from the story.

So that’s what’s wrong with Godsgrave, but here’s what’s right. IT’S FUN. Not every book has to be a masterpiece to fulfil its role. I wanted a book that would distract me from my everyday life and allow me to get lost in another world, and it succeeded in that (unless the bloody narrator dragged me out of it). The story is engaging, the characters likeable enough, and I had a good time reading it. I my wish there had been more world-building, but the world as it stands is interesting. If you enjoyed the first book I’d give this a read, but don’t expect anything incredible or even the same standard as Nevernight. It’s definitely YA, anyone categorising it as Adult Fantasy is kidding themselves or it’s been put there for the graphic sex scenes.

Long story short: It’s a fun and easy read for fans of YA Fantasy. Nothing special, lesbian sex scenes and an entertaining, if a little lacklustre, plot.