And so begins the deluge of Amsterdam content. I figured I’d kick things off by talking about my absolute favourite places in the city and sharing why I loved them so much. No doubt there are hundreds of incredible things to see and do that I didn’t get chance for, but these were the best things I saw and did in April in Amsterdam.

I first learned of the Nine Streets in the Jordaan from Nicole Parise’s brilliant blog post on the area, and unsurprisingly I loved the whole area. We spent a lot of time wandering up and down the canals, slightly lost, just enjoying popping our heads into the tiny independent shops and perusing various menus. We had a light lunch there, which I wouldn’t really reocmmend as everywhere is pretty pricey. It was at its most enchanting at night, when the low bridges are lit with fairy lights to warn narrow boats. 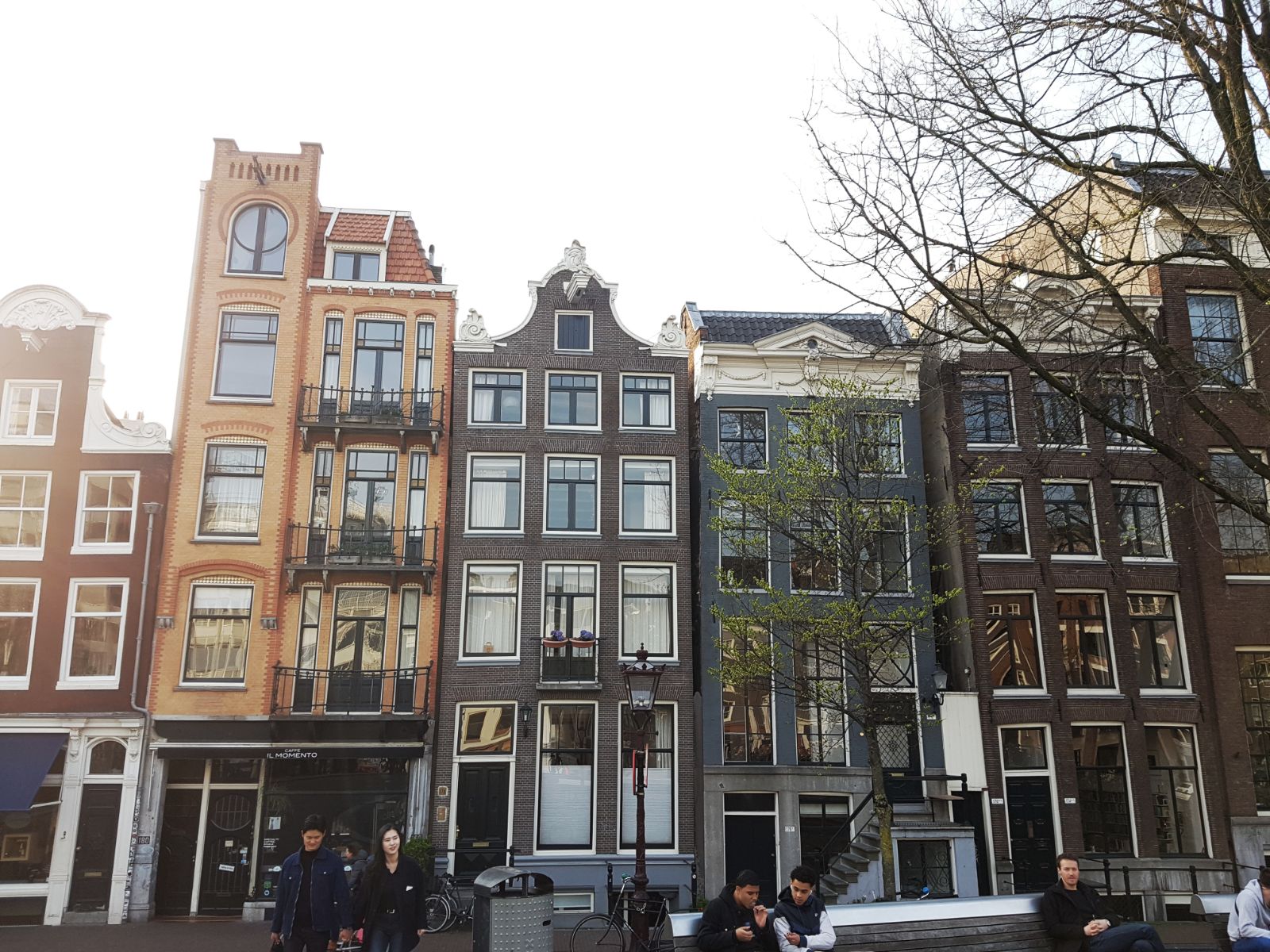 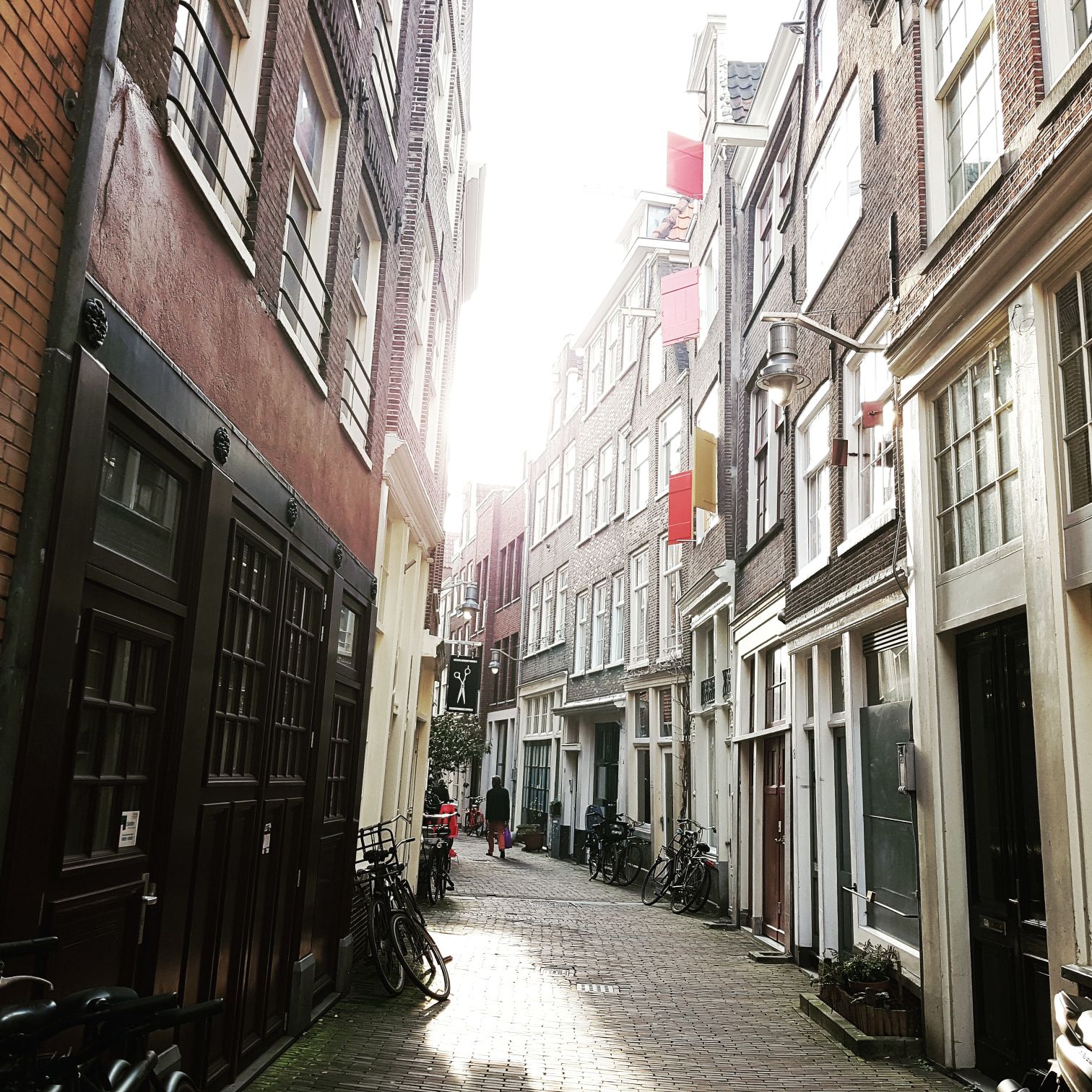 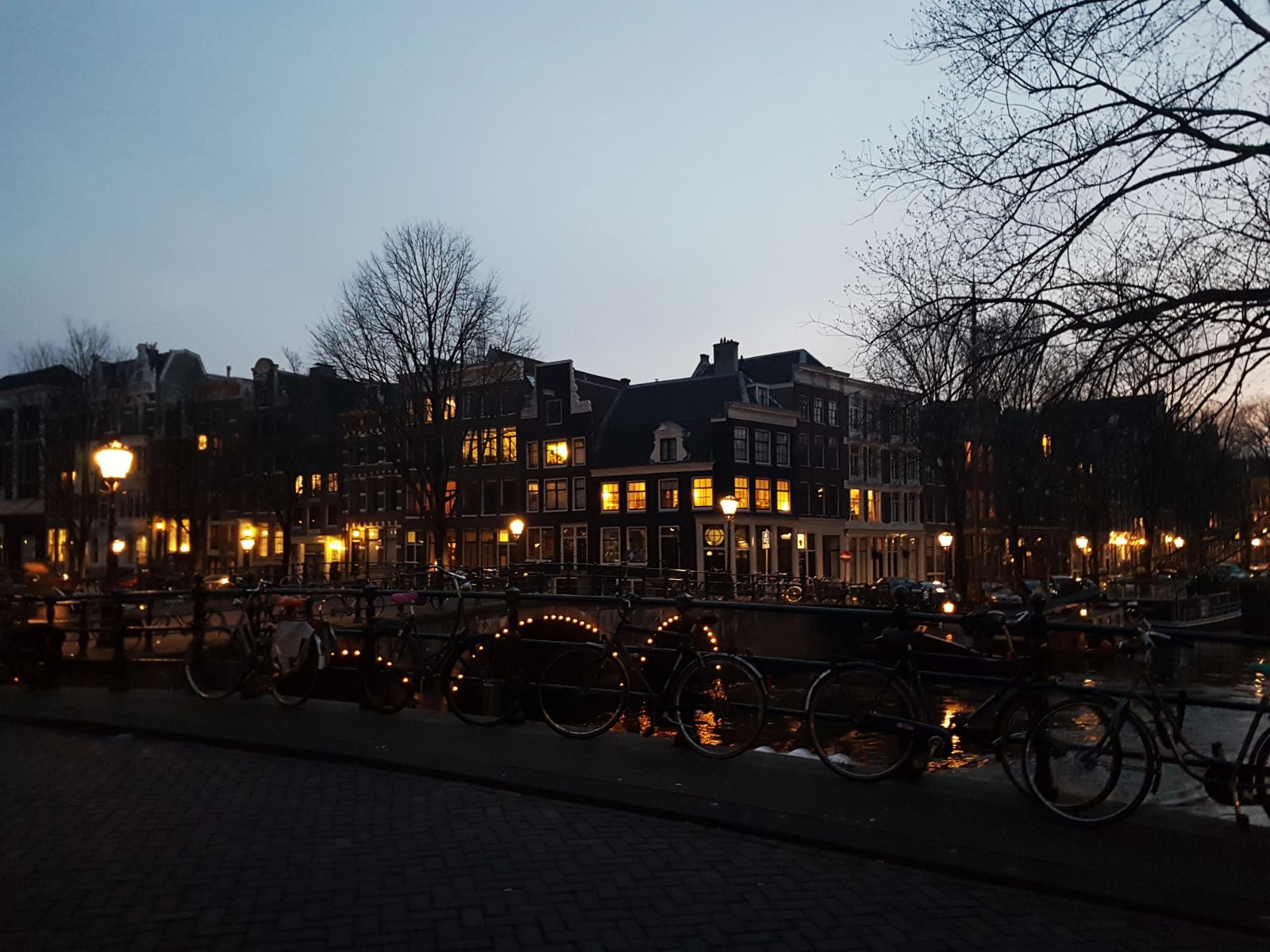 We almost didn’t go to the Foodhallen; it was a little out of our way and not close to any of the big tourist attractions or shopping areas, but I’m so so glad we took the time to go. We followed google maps down the usual canal paths and between the leaning houses and ended up somewhere rather different to what we’d seen of Amsterdam so far. It seemed more like how the locals lived; there didn’t seem to be any tourists apart from ourselves and it was a lot more low key and normal compared to the city centre. Rather than the high end boutiques, Bulldog coffee shops and musuems, there were more ordinary off licenses and supermarkets, and it seemed more like the Amsterdam you’d experience if you lived there.

The Foodhallen is a giant covered market, reminding me of Mackie Mayor in Manchester but bigger. It contains a few independent shops and craft areas, but the majority of the building is taken up by a food market which had some of the best food we ate in our time there. The cuisines ranged from bao to curries to pizzas. We had pulled pork rolls and they were incredible, and we were so hungry that I didn’t even get chance to take a picture before I wolfed it down (this is why I’ll never be a food blogger). Despite being a little out of the way, I can’t recommend the Foodhallen any more and you should definitely visit. 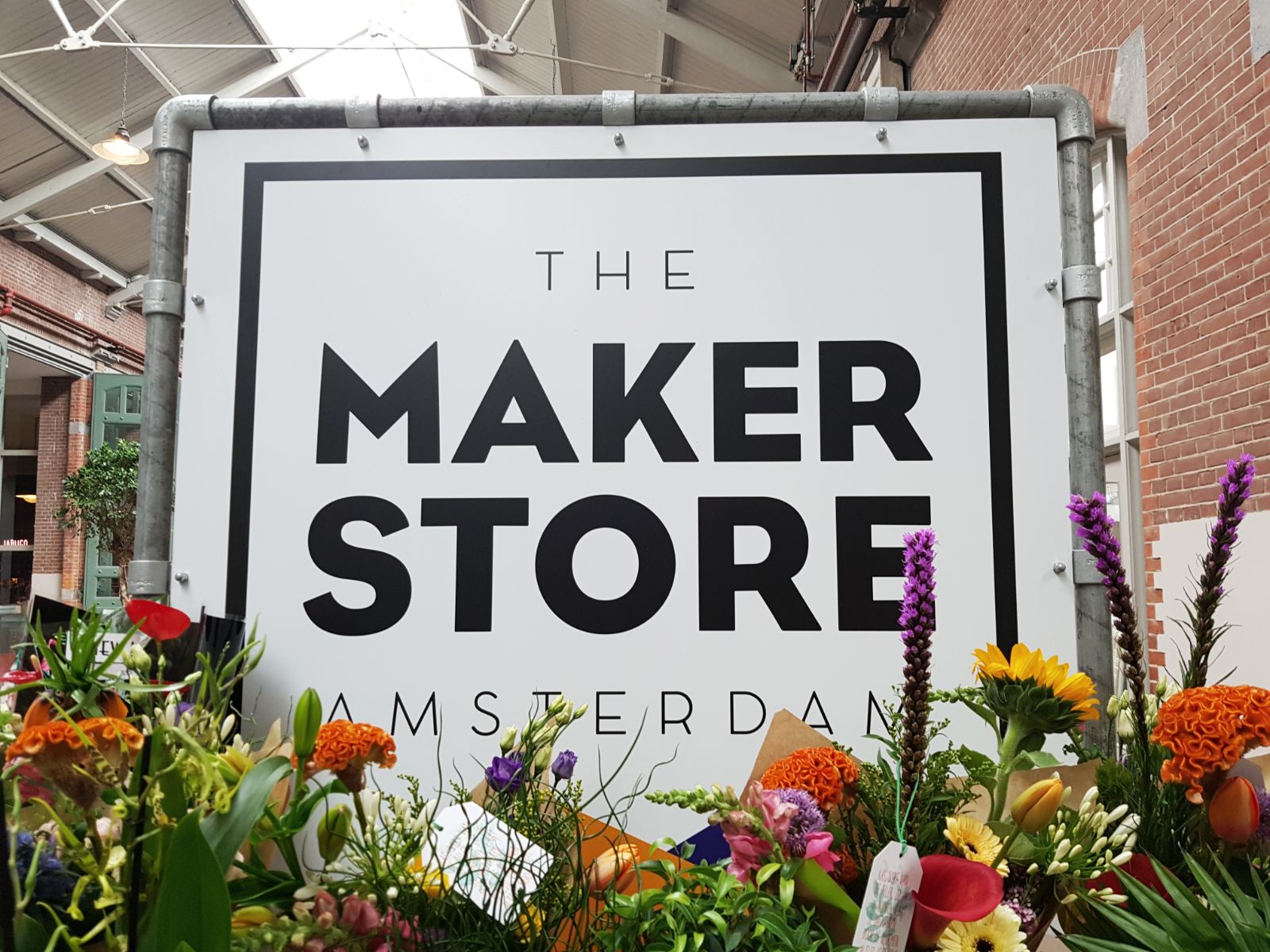 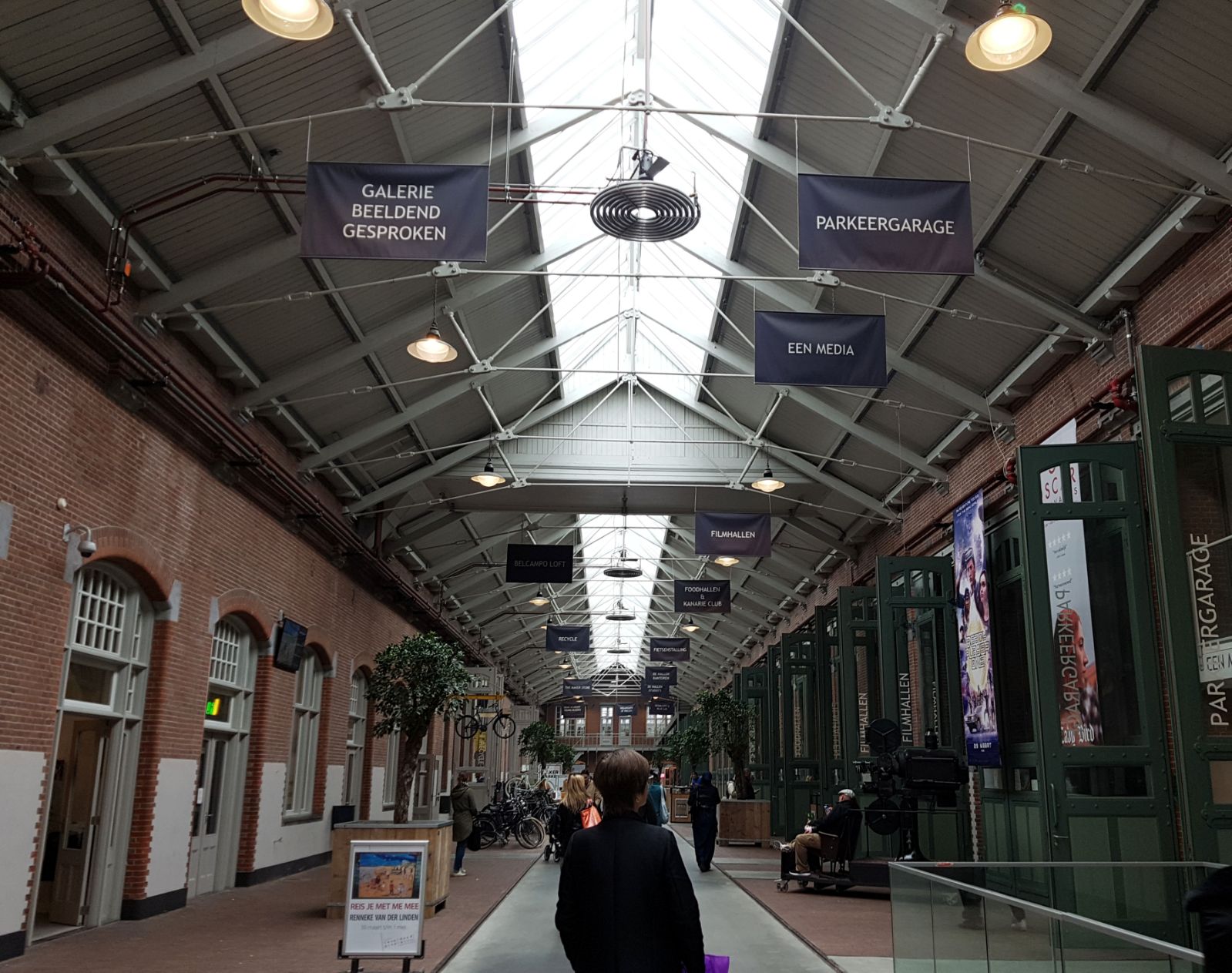 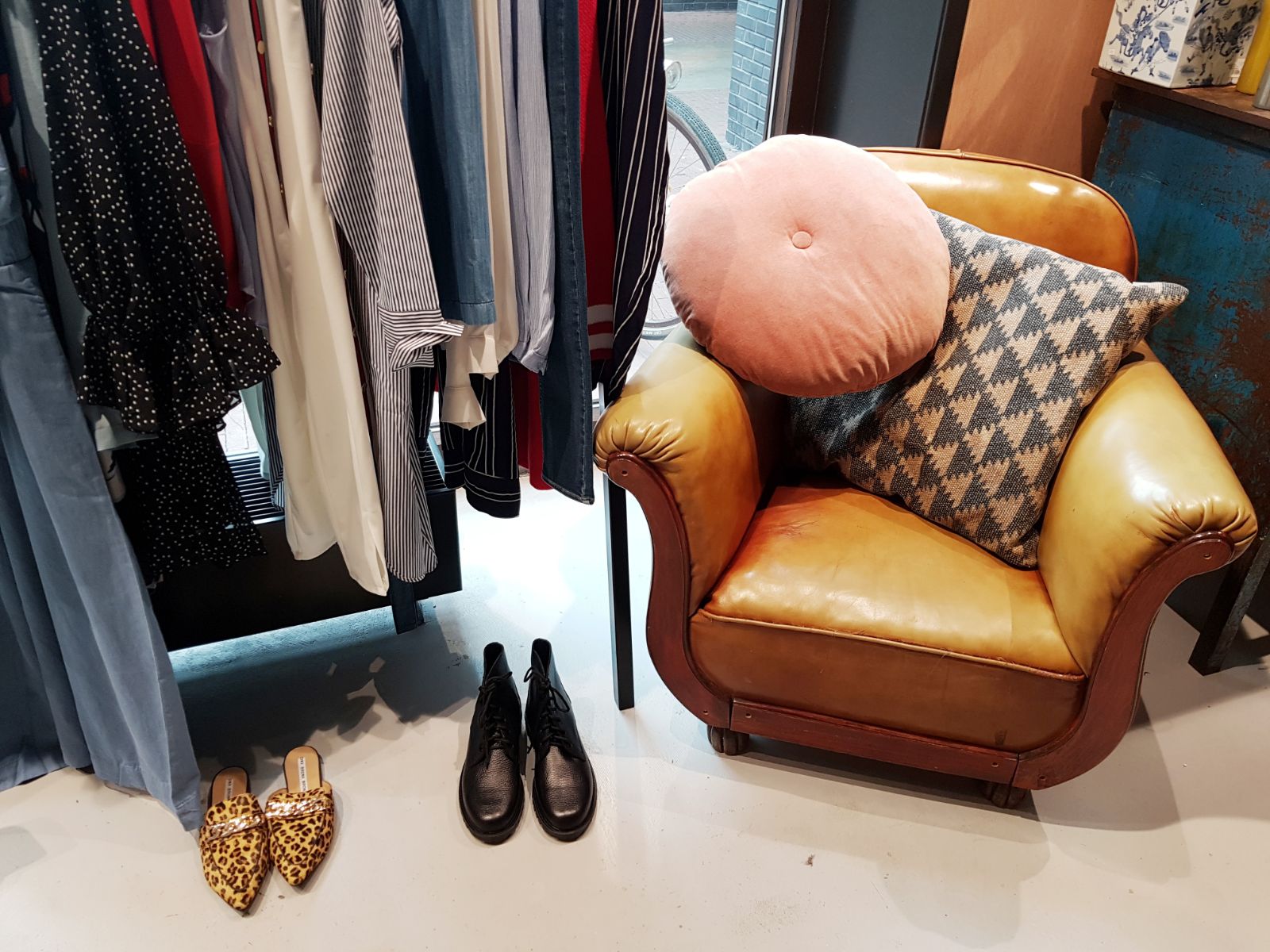 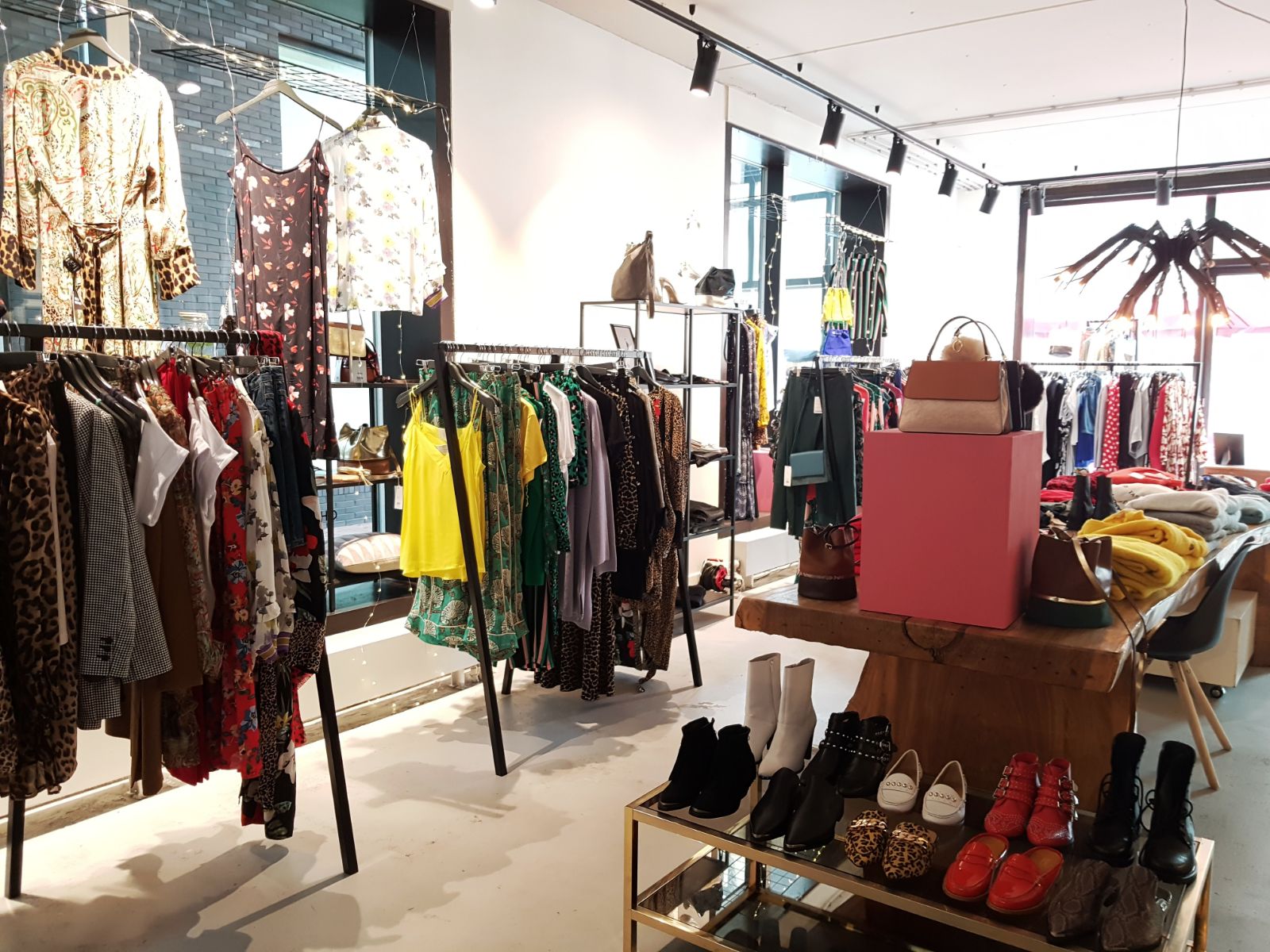 We stayed at Hotel La Boheme which is just off Leidseplein, one of the main squares. It was an ideal location for us, within walking distance of the Musuem Quarter and the Jordaan, but with easy public transport links by bus or tram. I fell in love with this area on our very first night; after dumping our bags in our room we went for a wander around the square and then down by the canals. The atmosphere was raucous and boisterous in the main square, but two minutes away by the water it was quiet and serene. On the square or on the roads leading from it are countless bakeries, bars and restaurants, making finding something to eat when you’re still half asleep very easy. 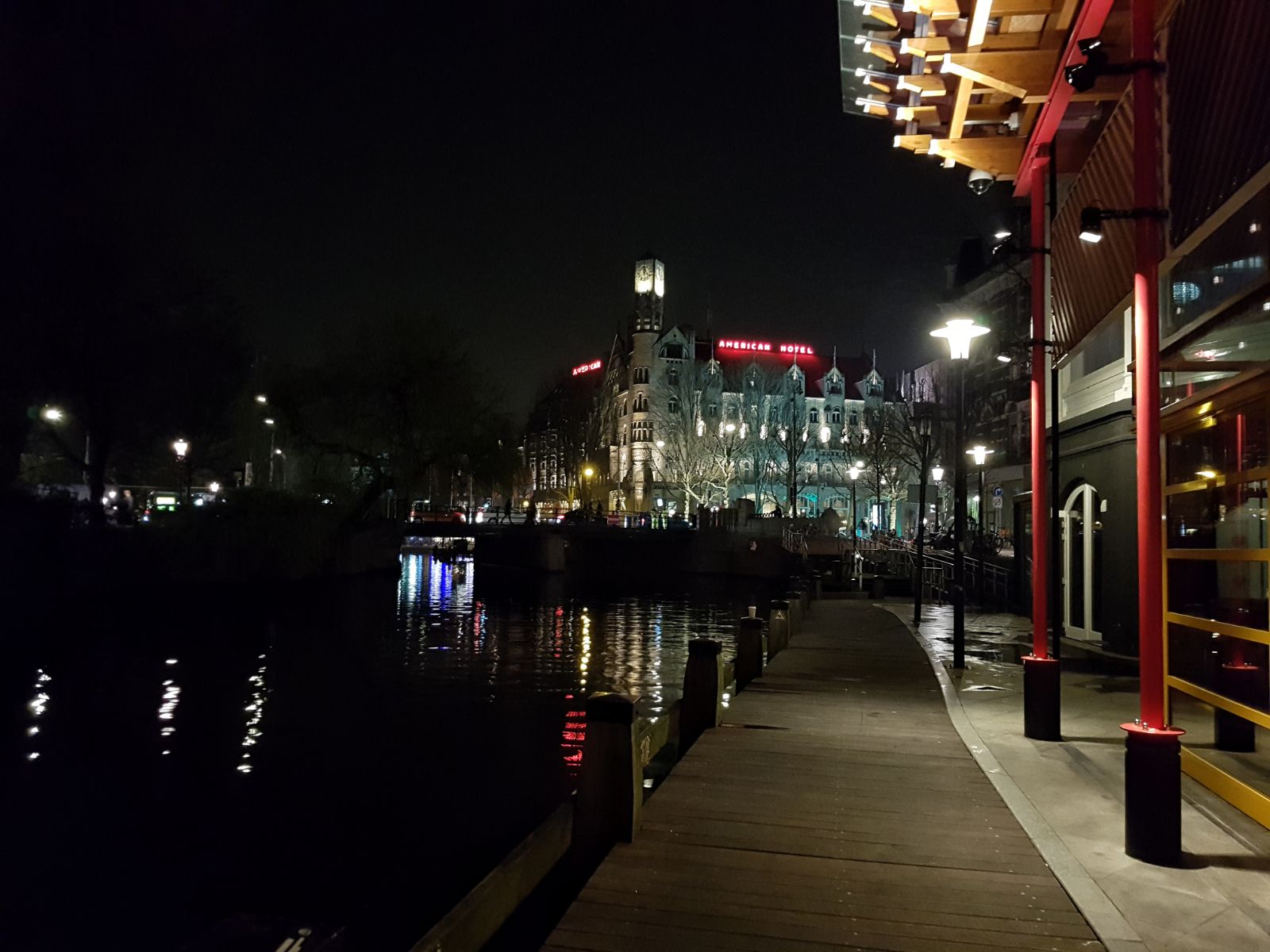 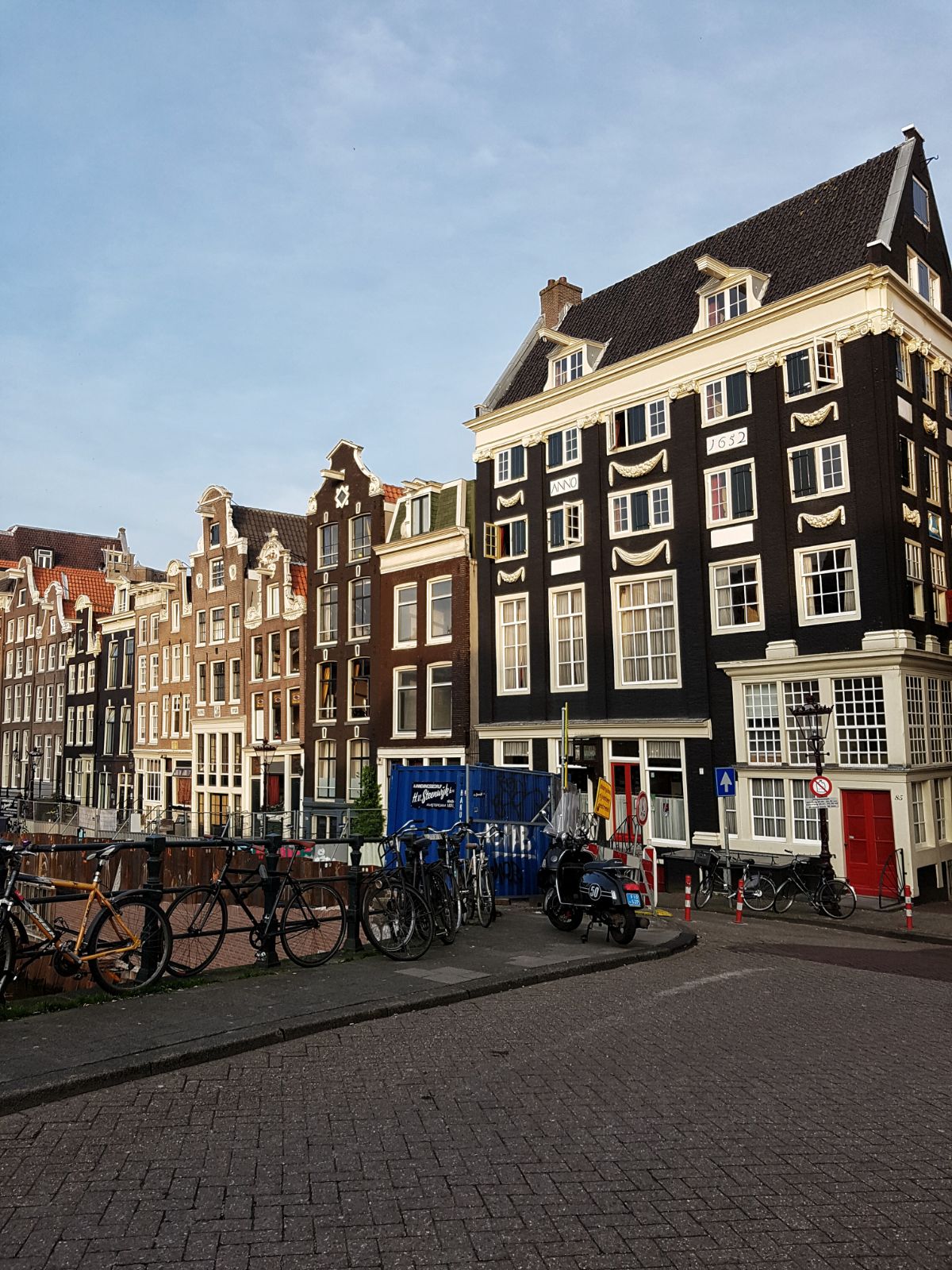 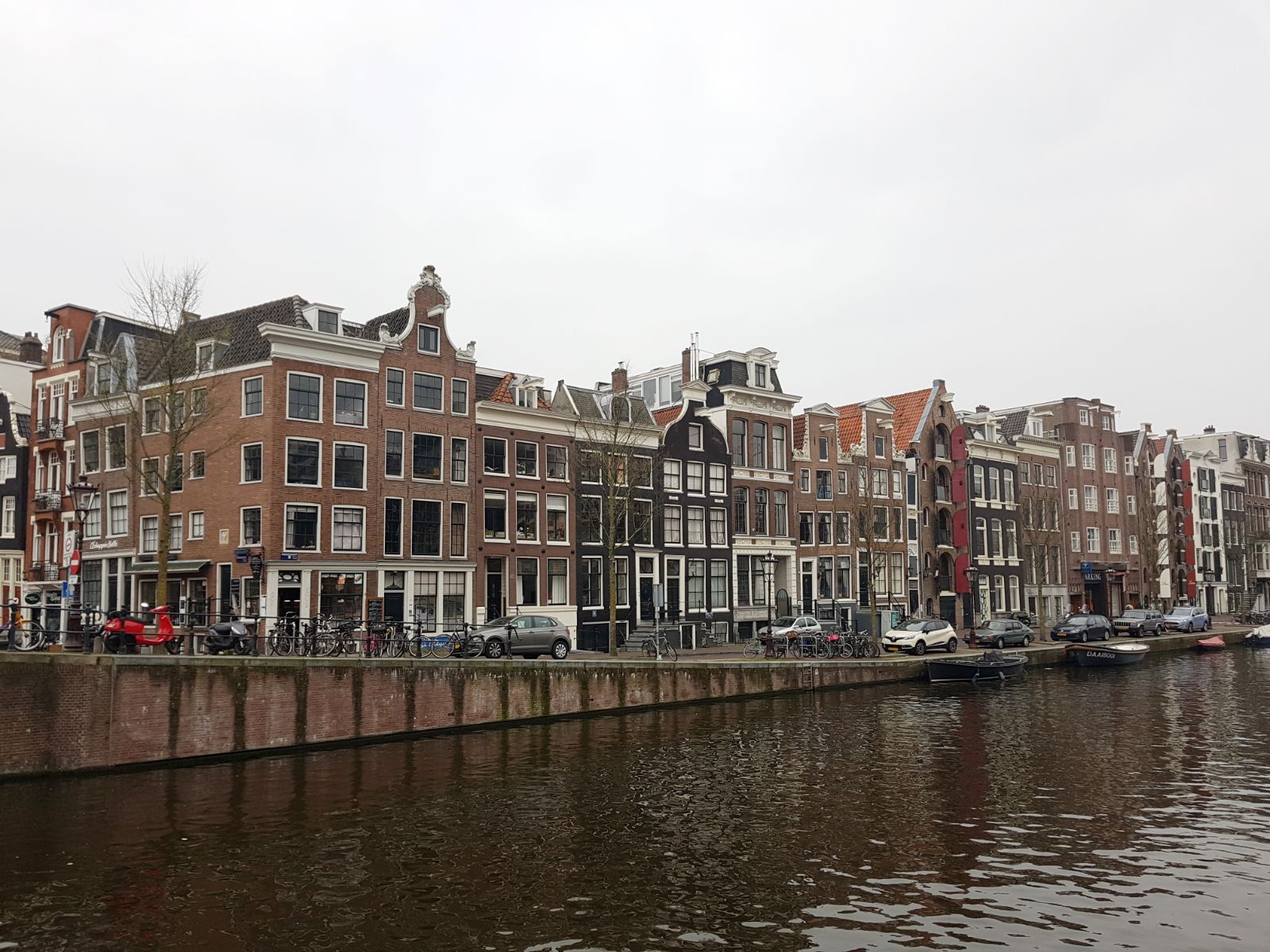 The Van Gogh Museum was top of my list of things to do in Amsterdam. I’ve always loved his art since first learning about it during primary school; I think it’s the vivid colours and swirling shapes that I enjoy the most. There’s a great deal of powerful emotion in his work, in a way that I think many other painters don’t capture.

I was surprised to find that the collection is housed in a modern building, as modern architecture seems to be rare in central Amsterdam. I particularly enjoyed the current exhibit examining the influence of Japanese artists such as Hokusai on Van Gogh’s work. I love Hokusai’s work, so getting the opportunity to see pieces such as The Wave Off Kanagawa alongside Almond Blossom was amazing. If you’re into art I’d really recommend it. They’re pretty strict about photography so I only have two photos from inside, one in front of a replica of sunflowers in which I look very excited, and another which is bizarrely distorted because we panicked upon realising that we weren’t supposed to be taking photos. 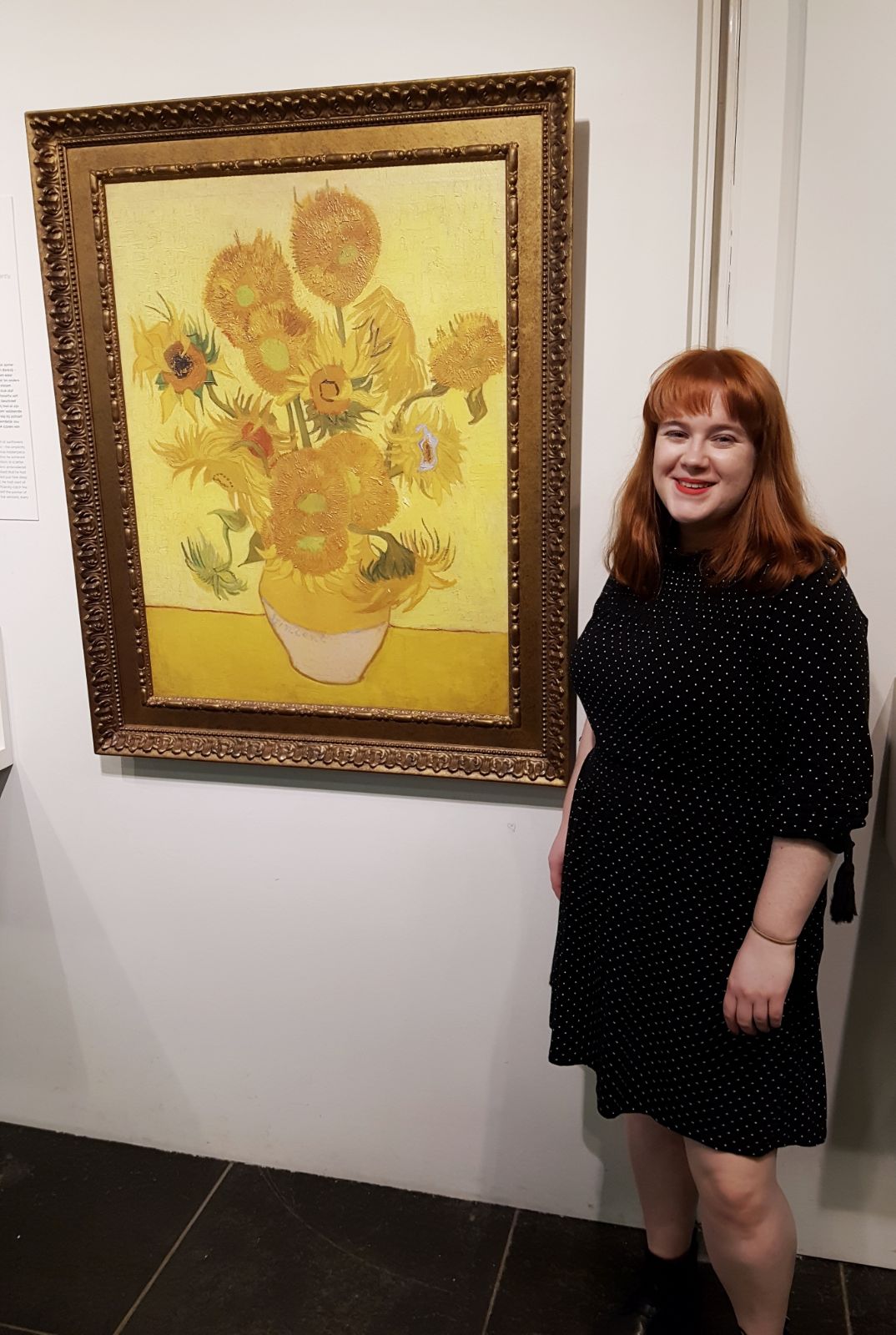 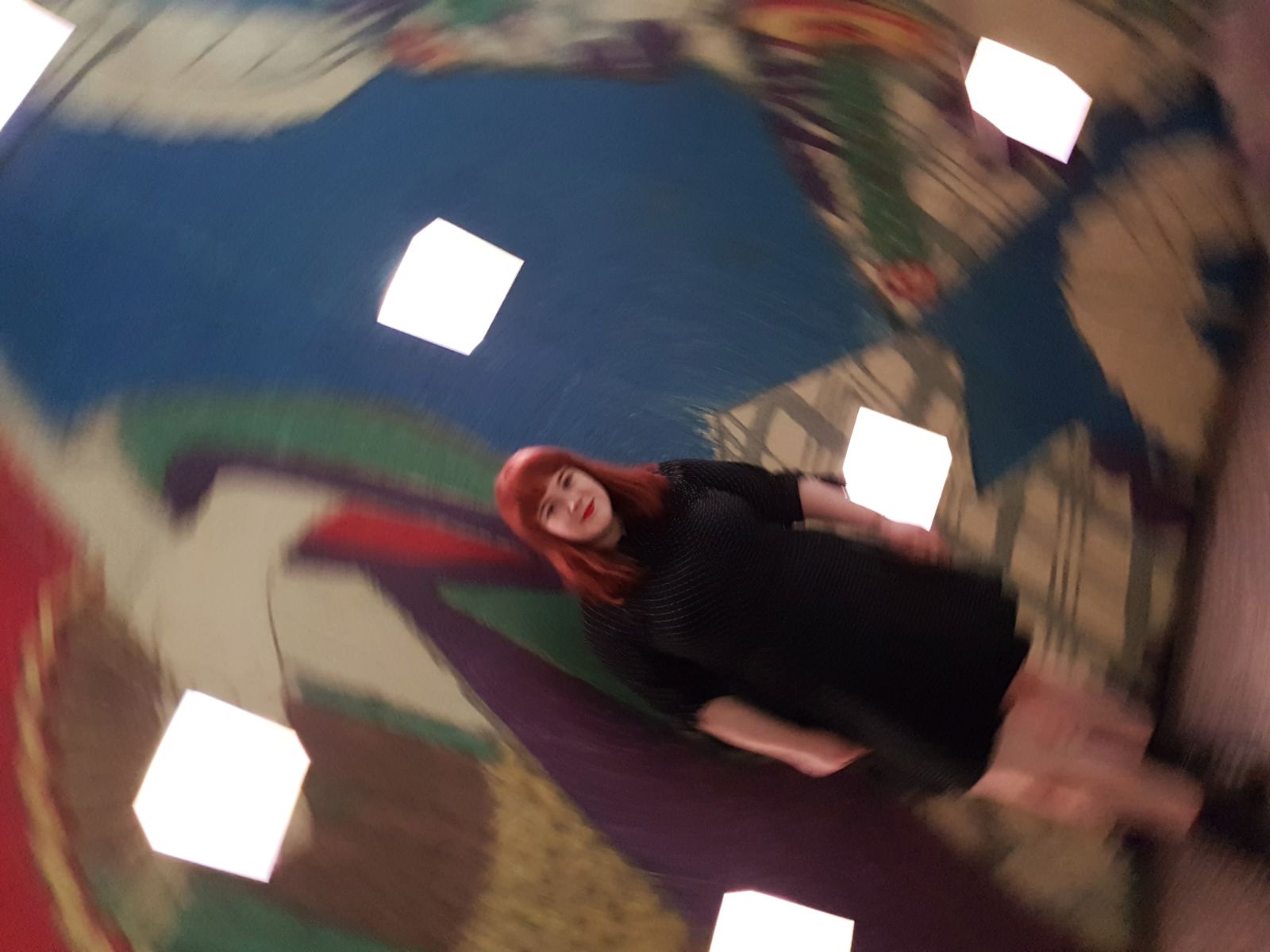 Have you visited any of these places in Amsterdam? 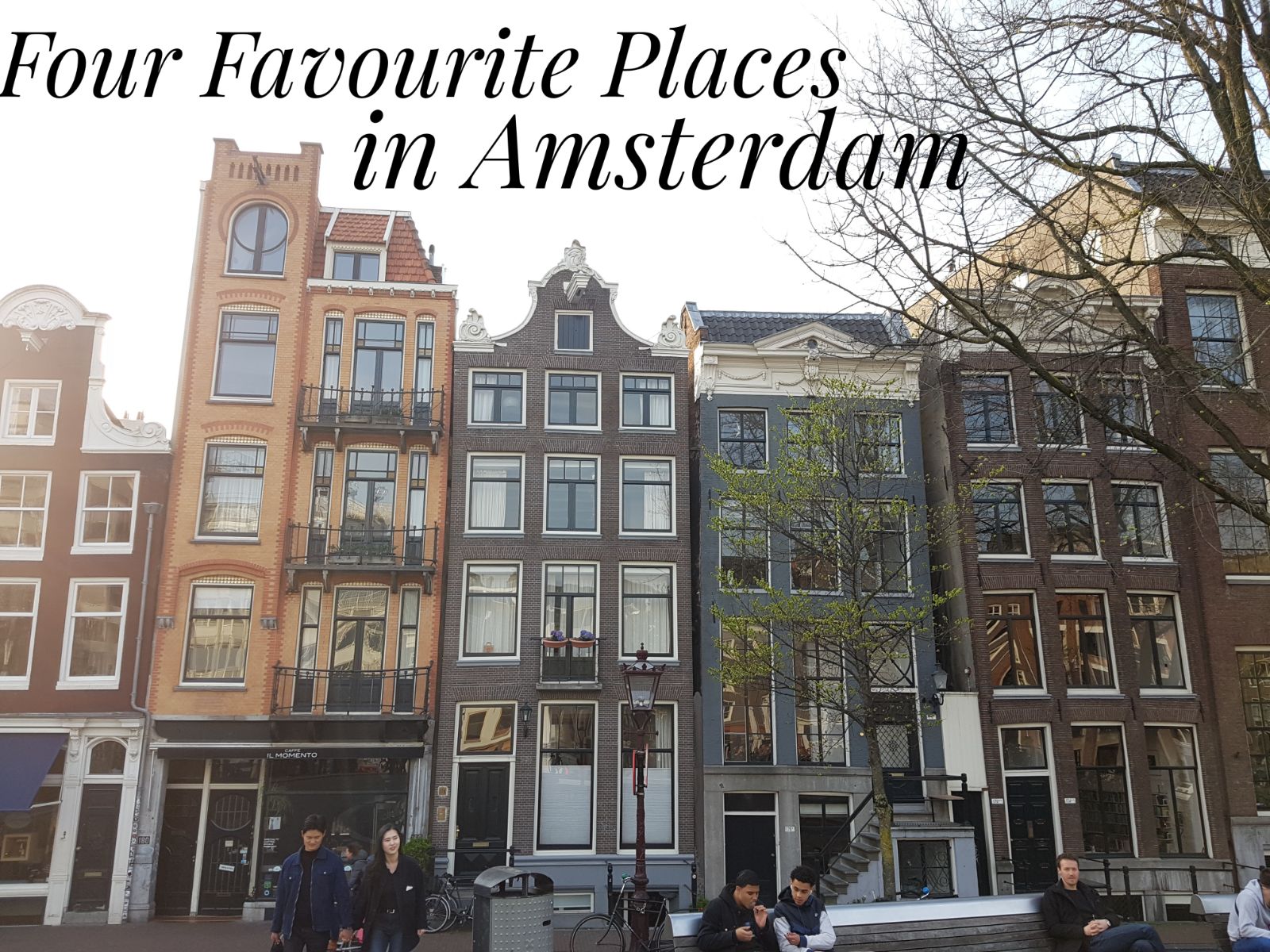