I read Dissolution by CJ Sansom at the very end of 2017, and although it took me a little while to get into it, but by the time I was a third of the way through I was hooked and raced through the remainder. It’s a classic murder mystery but set during the reign of Henry VIII; it follows Shardlake, a hunchback lawyer in the employ of Thomas Cromwell (not to be confused with Oliver Cromwell, the 17th Century Lord Protector) one of the King’s closest advisors. 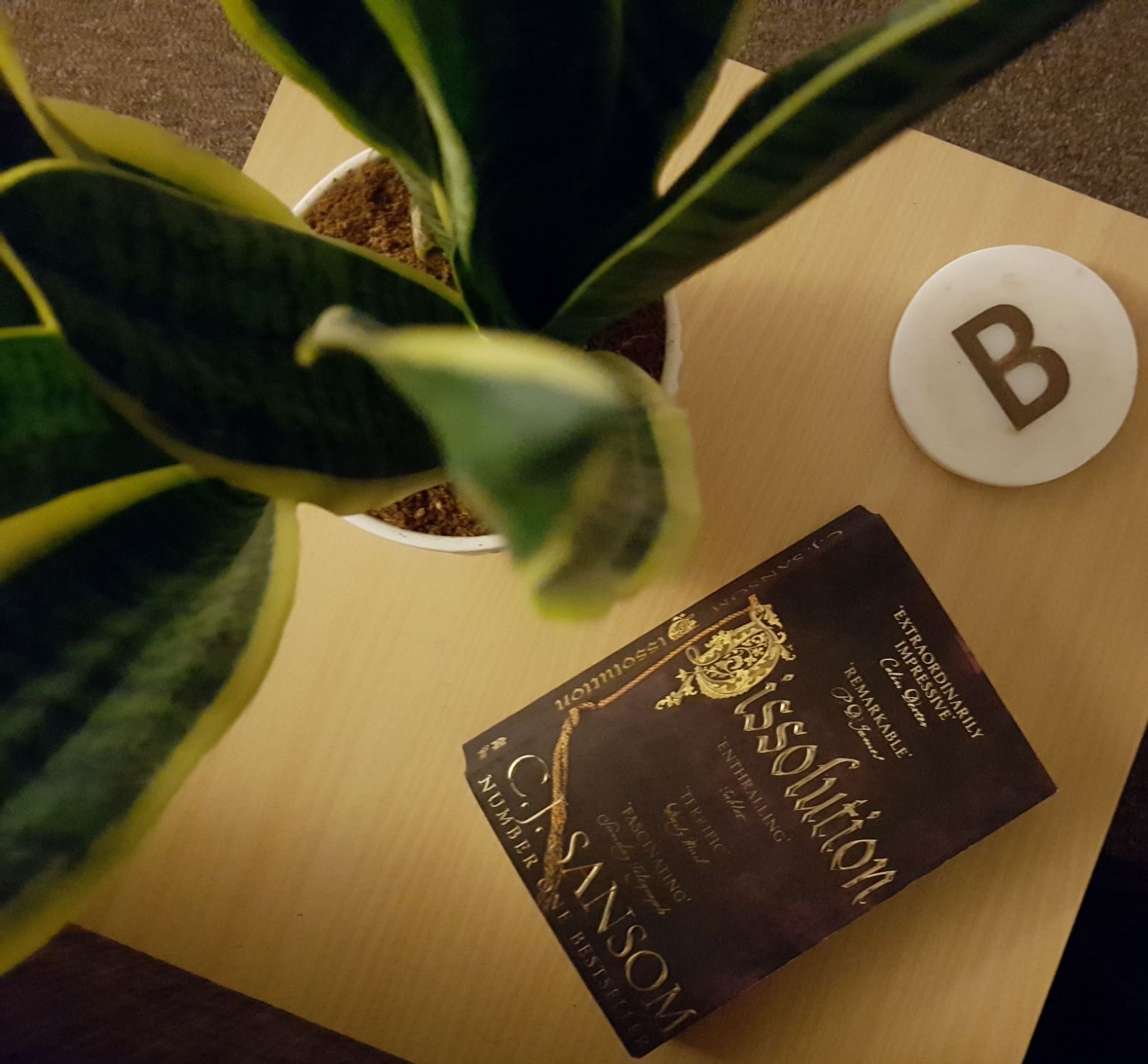 Dissolution is set against the backdrop of the reformation of the church in England; if you’re not up to speed on your history it’s essentially when Henry decided he wanted a divorce and the Pope told him no, so he set up the Church of England with himself as the head so he could do what he liked. There’s a lot more to it than that, such as corruption and perceived impiety in the Catholic church reinforcing his personal agenda, but the big thing for Dissolution was, as you might be able to guess, the dissolution of the monasteries. Essentially, all monasteries which didn’t comply with the new holy order were forcibly shut down and the monks turfed out. When a commissioner sent to secure the surrender of a monastery is murdered, Cromwell sends Shardlake to figure out what’s happened and finish the job.

I often find crime novels pretty bland, and while I’m tooting my own horn when I say this, I almost always guess the perpetrator so they tend to lose some of the appeal. In this case, while my initial guess did turn out to be correct, the book threw enough spanners in the works and misled me enough that by the time the reveal came around I thought it was someone else. I appreciate any book that can successfully deceive the reader.

For all that this isn’t my usual sort of book, I love the setting and the characters are interesting and fully nuanced. Shardlake is fascinating, striking a contrast with his belief in the good of the reformation and growing uncertainty over his place within it. His internal struggle goes unrecognised by himself for most of the book, and it’s interesting reading between the lines to understand how he’s really feeling. I’ll definitely read more of the Shardlake novels as I thoroughly enjoyed Dissolution, and I’d recommend this to anyone. It’s an easy read and well written, and I think it has a pretty broad appeal.

If you know of anything similar then give me a shout in the comments as I’m always on the look out for new books!