As promised in my September Challenge post, this month is all about baking. Tonight is week three of the Great British Bake Off, and week three is bread week!  Now, I’m a decent baker when it comes to cakes and pastry, but bread is usually my downfall.  I’m terrible at kneading!  I have no idea what I do wrong but without fail I screw up some part of a bread bake.  This one was no exception, although the end result wasn’t too bad!

I made these camembert and quince flatbreads based on a Paul Hollywood recipe with a few tweaks to counteract my general incompetencies.  It soundeds easy enough, what could possibly go wrong? 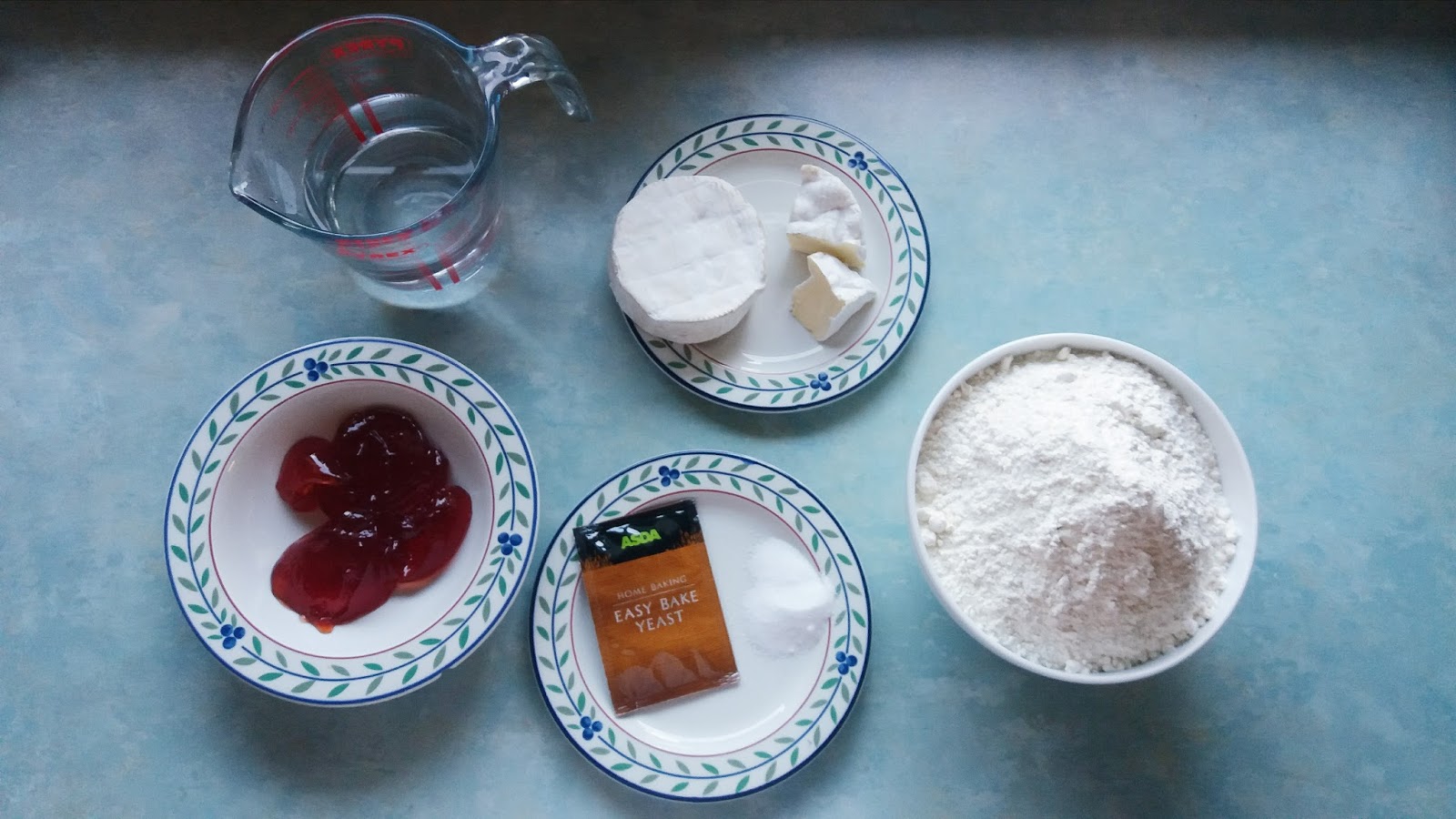 I mixed togther 500g strong white bread flour, 1 sachet of yeast and 10g of table salt, gradually combining it with about 300ml of tepid water.  This made a sticky dough, which I then proceeded to knead for what felt like the rest of my life.  I’m pretty feeble, and it took me about 20 minutes to get the dough looking half decent; generally it takes about 10 minutes to get a smooth dough. 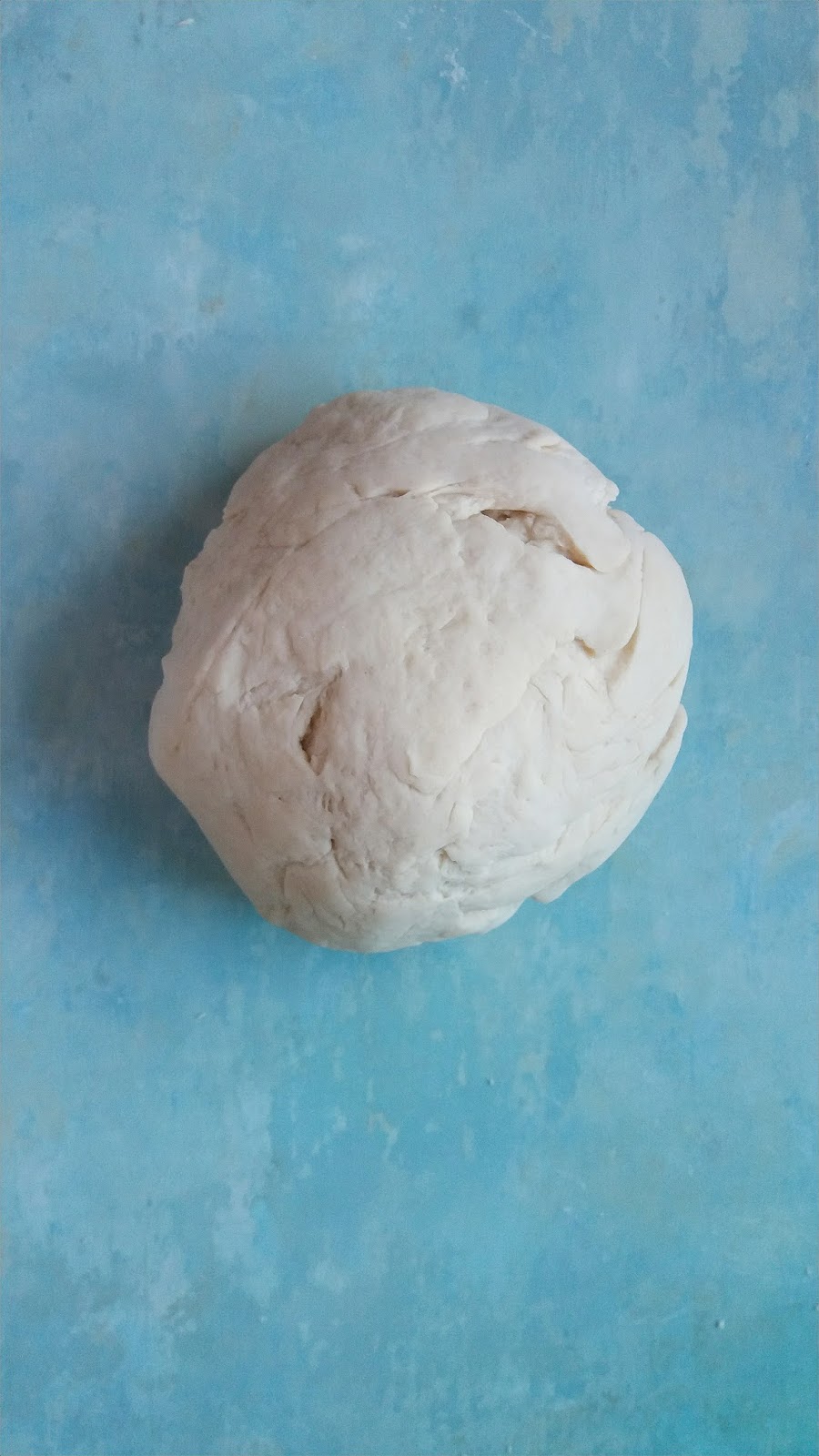 Not the ideal dough! Do not use this as a measure of if your dough is done when baking!

At this point you need to add your 200g camembert cheese and 150g quince jelly to the dough, and this is where things got a bit disastrous.  I think perhaps my jelly was more watery than it should have been, but it basically reduced my slightly too tough dough to a disgusting mess.  It was like pink vomit, so I’ll spare you the photographs.  Since I had expected it to combine rather more effectively instead of turning into slop, I had added it in while the dough was still on the work top, meaning I had a serious mess to clean up.  I panicked at just how wet the mixture was, and added in about another 50g of flour to try and counteract the wetness.  I whacked the lot in an oiled bowl covered with clingfilm for an hour and left it, fully expecting it to not rise at all. 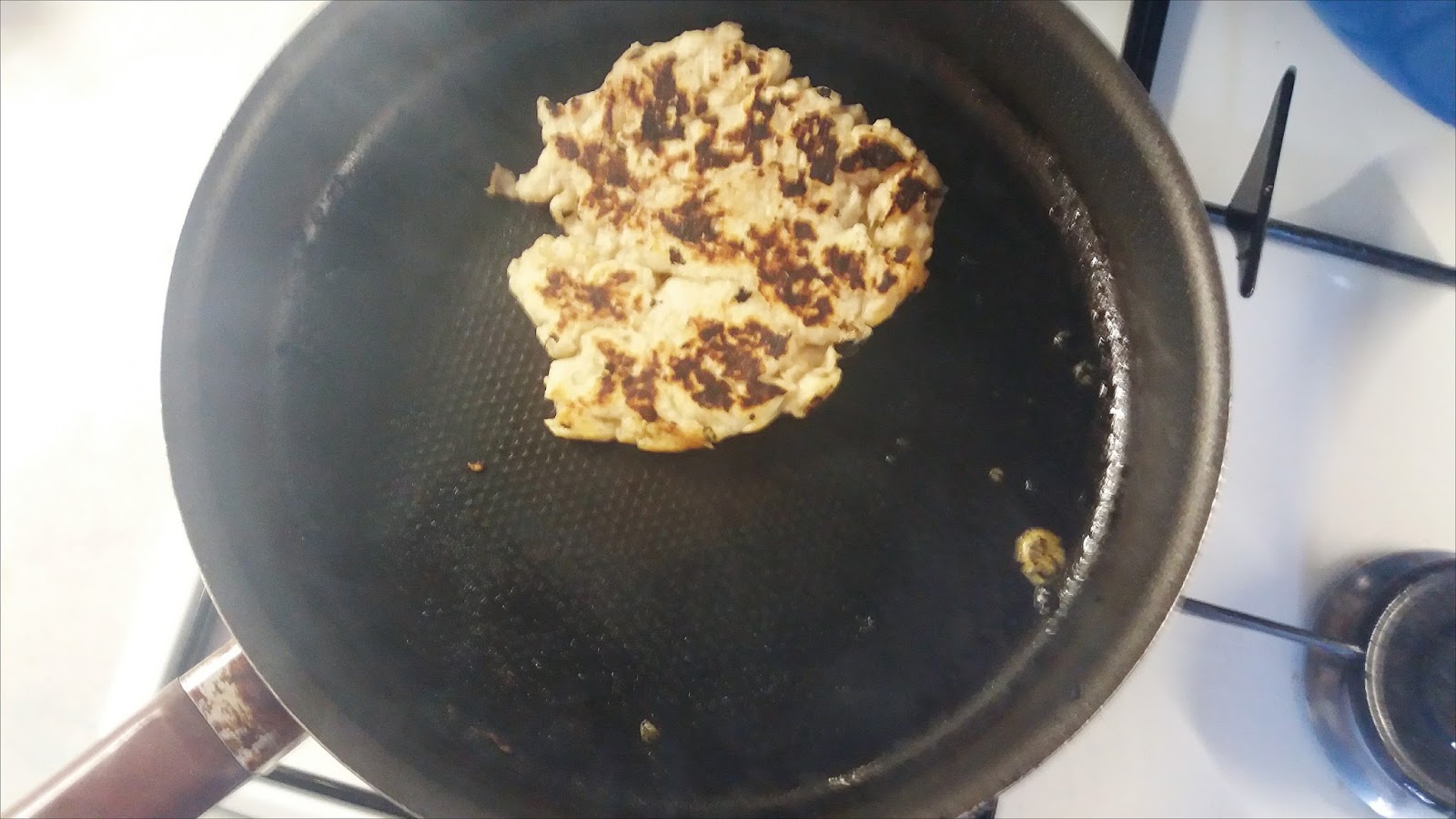 Astonishingly, the dough disaster doubled in size!  I then knocked the mixture back to get out some of the air, and divided it into 12 blobs.  At this point the recipe called for me to roll it out into oval shapes ready for frying, but the mixture was still so wet and sticky it was impossible.  Instead, I chucked one lump in the pan at a time, fried one side and flipped it, which allowed me to press down on the partially cooked side without the whole thing sticking to my spatula.  Not going to lie to you, it was a right palaver! 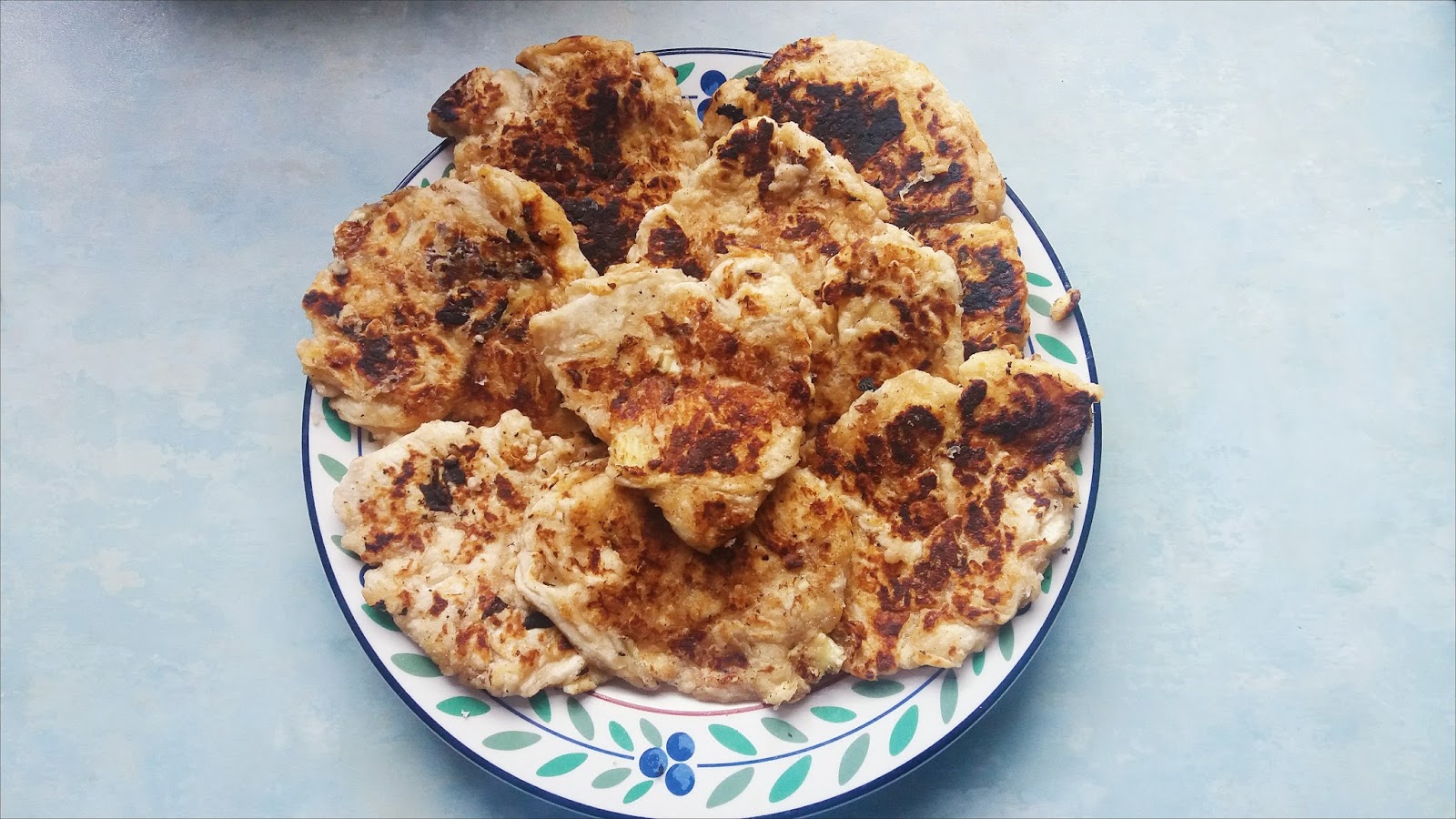 In the end I have 12 (now 6) very tasty flatbreads, and if they’re slightly uglier and less regular than Paul Hollywood’s then who cares?  They taste great, although the quince gets a bit lost due to the strength of the camembert.  Can you tell I’m blaming the quince jelly for all the trouble I had with this bake? 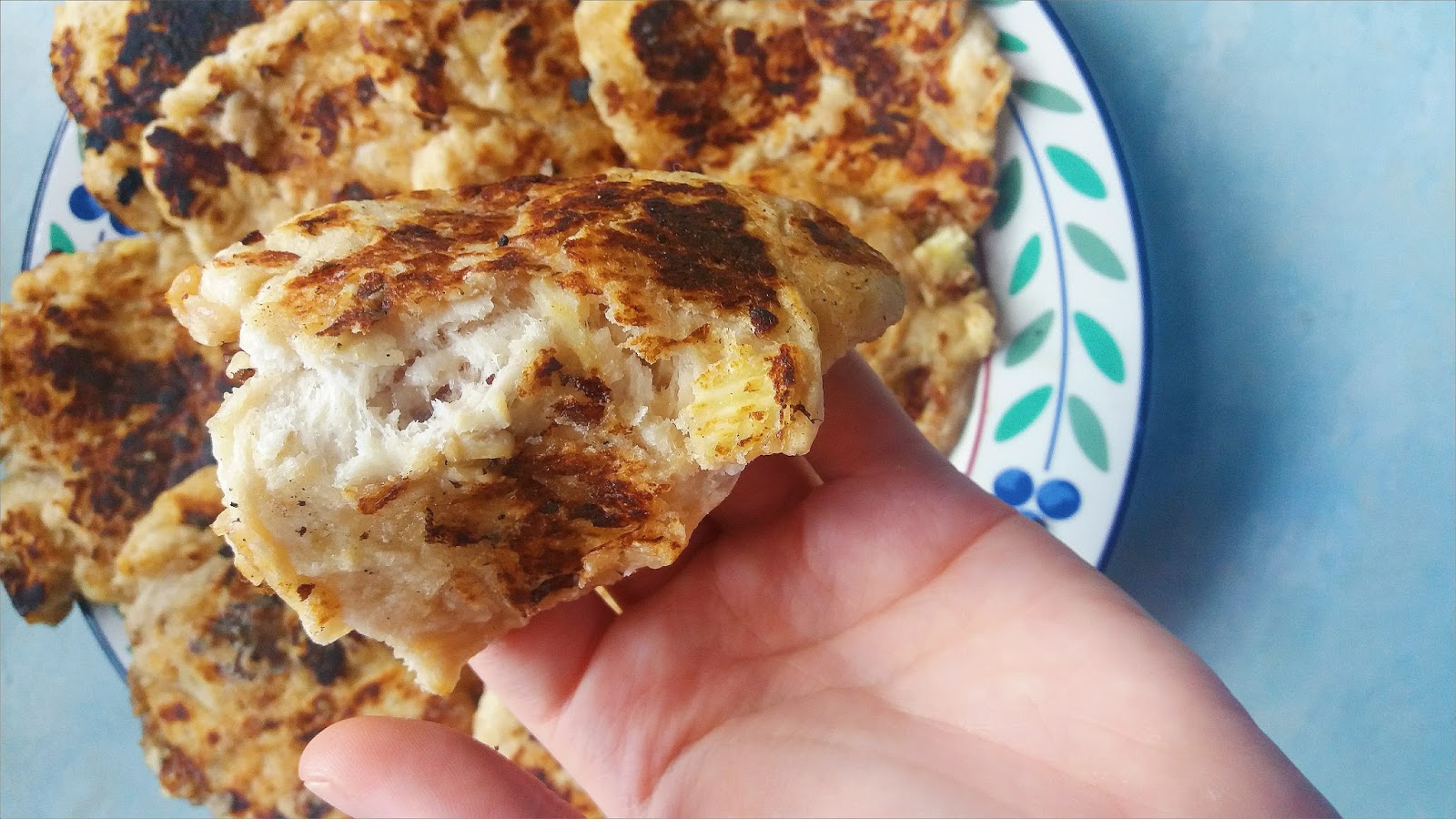 I actually ended with a good bake, but a horribly messy kitchen.  I won’t be baking them again unless I can find some quince jelly that is a lot firmer.

To sum up, this was my most middle class bake of all time.  Do you know how hard it is to find quince jelly?  There isn’t a Waitrose withing 40 miles of me and M&S failed me.  Might make some pasties or something next week and go back to my roots.

There’ll be more bakes coming your way for all of September, so keep an eye out!