Welcome back to this monthly series on the blog, in which I have a quick chat about and review what I’ve been reading this month. Despite my best efforts to stick to my Goodreads  challenge of 52 books this year, I’m currently five books behind and only read three this month, and one of those I didn’t even technically finish. I was slow to start in May because the books I was reading were either heavy-going or not at all enjoyable to read, meaning I frequently wasn’t looking forward to reading. It will all make sense when you see what I was reading and why I struggled so much, but safe to say that I ended the month on a much lighter note. 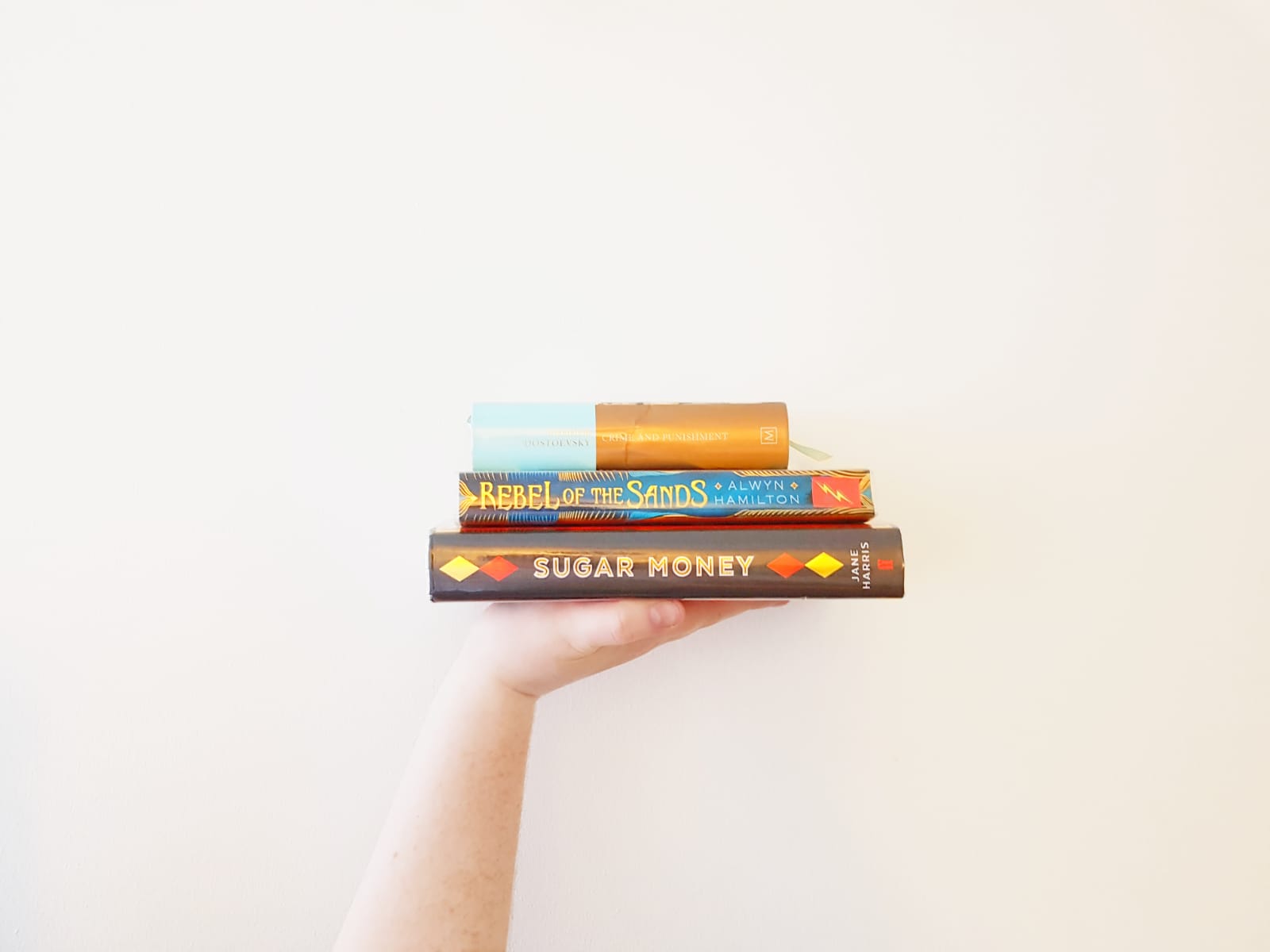 It’s rare for me not to finish a book, and I can only think of very few books I have enjoyed as little as I did this one. Sugar Money is a true story, following two enslaved brothers who are sent by their masters, and order of French monks, to retrieve a group of slaves who they believe belong to them. They travel from Martinique to Grenada on their unwilling mission, the younger brother, Lucien, enthusiastic about the adventure and the elder Emile realistic about the dangers they will face.

The book is extremely character driven, normally something I love, but ultimately this book wasn’t for me. The graphic torture made me feel slightly unwell; and I found the mixture of creole and English inconsistent and distracting. I quite enjoy colloquialisms within books and generally don’t have a problem, but I really didn’t like the way it was done in Sugar Money.

In the end, I didn’t finish this book, but I did go on to read more about the real life events that inspired it, and found the factual descriptions of the plot much more interesting than in the book. When I read a book I do so to become one with the characters and go on a journey with them, but in this case I struggled to connect with either Lucien or Emile and was frequently pulled out the plot by the choice of words. I’m sure that may people may enjoy (although perhaps that’s the wrong word) this book, but ultimately it wasn’t for me.

I’ve been meaning to read some of the Russian classics for as long as I can remember, and 2018 was the year I finally got round to it. I grabbed Crime and Punishment on whim, not really knowing what to expect, and ended up really enjoying it. For all that the story was bleak, dealing with madness, murder and poverty, there was a central theme of “it will be alright in the end” which kept me going.

It follows Rodion Raskolnikov as he plans a murder. Believing himself justified by circumstance and character, he follows through with his plan, leading to period of illness and madness brought on by the trauma of the event. In the aftermath of the murder his mind drifts between senility and sensibility, as he grapples with what he has done while simultaneously becoming a generous benefactor to a bereaved family and destroying his sister’s unhappy engagement. It’s the tale of man who logically believes himself superior but at his core knows he is only a man, and must therefore suffer the consequences of his actions.

I was surprised by the way Crime and Punishment was written, following Raskolnikov’s thoughts and travelling down unexpected paths at any moment; it’s reminiscent of James Joyce’s work, but far more accessible to the reader. In some ways this manner of writing makes the novel difficult to read for long periods of time, but it also has a tendency to draw the reader back into the plot. For anyone interested in crime or philosophy this is definitely worth a read.

Rebel of the Sands, Alwyn Hamilton

After those two books I found myself craving something lighter and easier to read, and Rebel of the Sands was the perfect solution. On the same day that I finished Crime and Punishment, I picked this up and didn’t put it down until I finished. I absolutely adored every character, and the plot was interesting and unusual enough to keep me turning the pages until late at night.

It follows Amani, an orphaned girl living in the desert country of Miraji, who desperately wants to escape her backwater town. She’s uniquely talented gunslinger who latches onto Jin, a mysterious foreigner, and uses him to run away from her unfortunate circumstances. She becomes embroiled in a simmering civil war and is drawn into events on the world stage, despite her best efforts to avoid exactly that.

It’s a light, fun and engaging read, with interesting characters and a world I want to learn more about, especially the magical creatures that haunt the nights. I’ll be reading the rest of the series and have reserved the next book at the library so there’s a good chance that I’ll be writing about it next month!

That’s all for this month, I hope you’re all enjoying this little series and hopefully you’ll find something new to read. 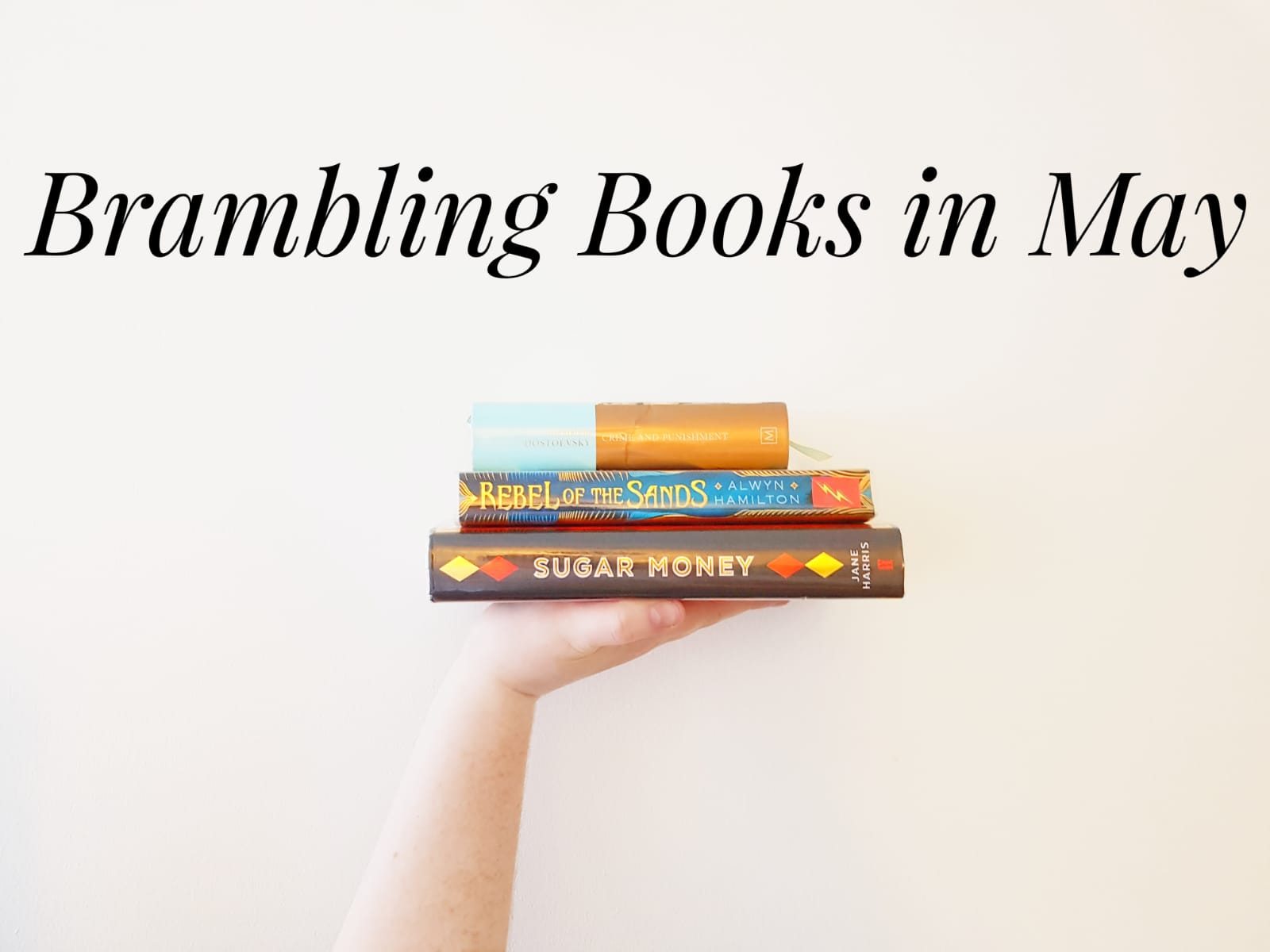