Halloooo and welcome to a new little monthly series! I used to include my favourite books in my Monday Medleys, but I don’t always finish a book every week as life often gets in the way. I am still trying to read lots, in part to attempt to meet my Goodreads challenge of 52 books this year, but also because when I make the time for it I feel calmer and more fulfilled in all areas of my life. I’m currently three books behind schedule but I think I can definitely catch up if I put my mind to it. 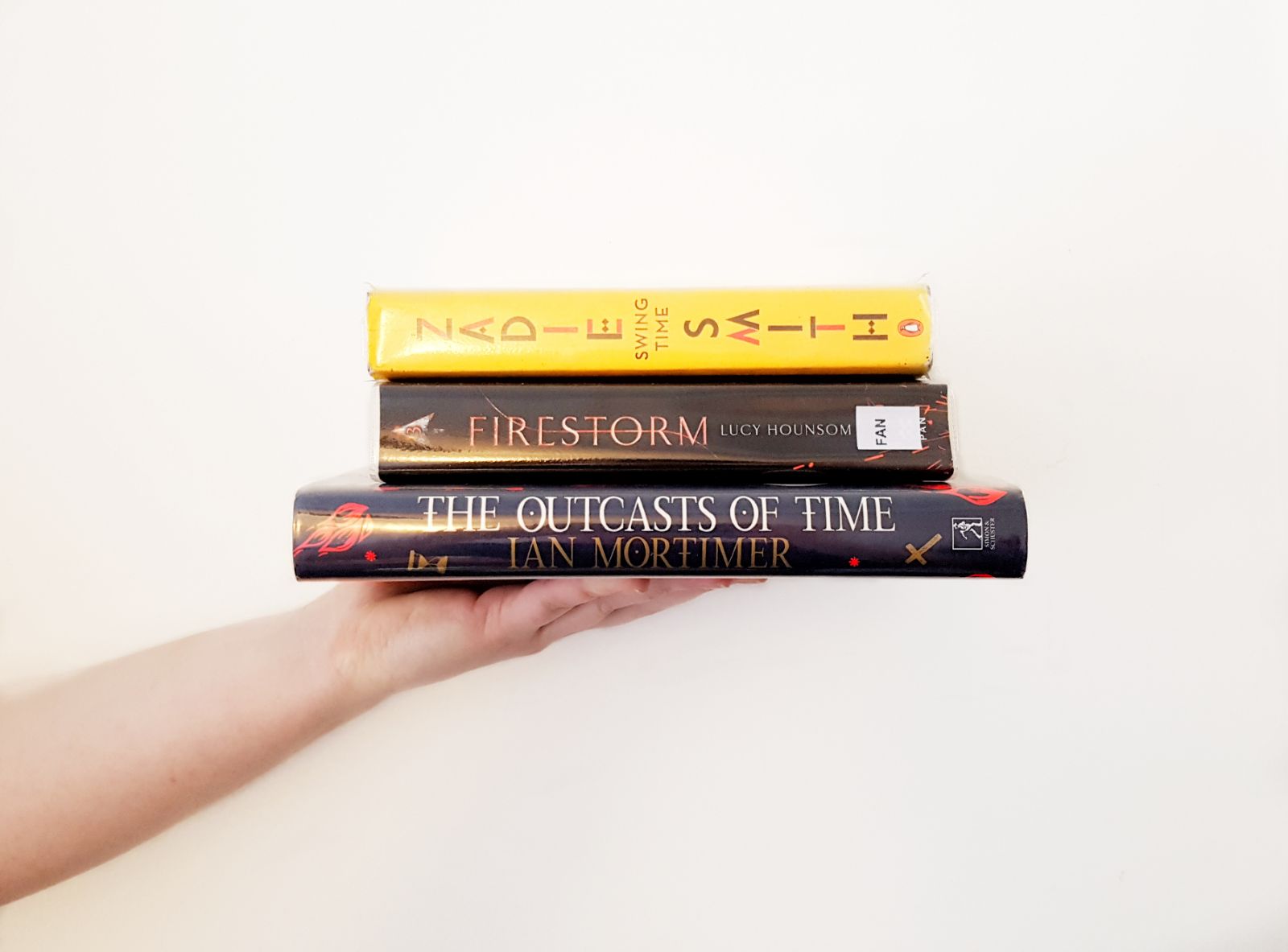 I wanted to talk to you all about the books I read this month and do a little mini-review of all of them so you can consider reading them if it’s your kind of thing. There’s a fair amount of variation in my April reads, covering fantasy YA, historical/time-travelling fiction and a novel, and they’re all from Manchester City Library because I have no money after going to Amsterdam earlier this month. I didn’t intend to put a tonne of links to other posts when I started writing this, but there you go! They’re there if you fancy a read and should open in a new tab. Now, I’d best get on with these reviews…

Swing Time follows two girls growing up on a council estate in London in the 70s, and charts the narrator’s (who is unnamed and I didn’t even realise until it came to writing this review) journey from small beginnings to the glam of Hollywood and stardom, back to her roots. Her friendship formed through dance classes with a girl called Tracey evolves and shifts over time, with the two losing touch and periodically reconnecting, and the contrast of the two’s choices and paths is mirrored in the social aspects of the novel. Smith is never critical of the individual, preferring instead to examine social constructs within America, the UK and West Africa.

Featuring engaging, realistic characters and a well-structured plot I found this an enjoyable read. I think one of the key driving forces and most interesting aspects of the book was the different characters’ approaches to life; where Aimee is a force of nature who expects life to go her way (as it generally does), she is also lacking in responsibility and is flight. The narrator is like a jellyfish, simply riding the waves of others’ success and reaping some of the rewards without any real ambition and drive, in sharp contrast to her highly political Mother, whose failing is a lack of interest in the lives of those closest to her. Tracey is characterised by a spoilt yet abusive upbringing, and it tars and influences her future decisions in a negative way, yet ultimately it may be that she leads a happier life than the narrator who thinks herself better than Tracey.

Music and dance, particularly from the time of Old Hollywood, runs throughout the novel as a central extended metaphor, tying in perfectly with each character and theme, and I learnt a great deal about a subject I never had much interest in, but I now feel a desire to watch a lot of black and white films featuring Fred Astaire or Jeni Le Gon. Overall, I enjoyed this book but wasn’t blown away by it. It’s an interesting examination of differing social constructs and life philosophies, and I’d recommend it if you’re into that sort of thing.

I read the first in Lucy Hounsom’s trilogy, Starborn, last month, and thoroughly enjoyed it. I couldn’t get hold the second novel physcially but Manchester Library has a digital service as well, meaning I had access to a version I could read on my laptop. I did, however, manage to find a copy of Firestorm which I was quite pleased about as it was only published last month.

As much as I enjoyed continuing the story of Kyndra and her travels in Acre and Rairam, and loved learning more about the internal conflicts that come with being Starborn, I found the books a bit flat. The first book simmered with discovery and fresh writing around a not-too-original idea, but the second and third books struggled. The most interesting aspect for me was the way in which the more Kyndra uses her gifts the more removed she becomes from her humanity, leading to a struggle between her desire to help those she loves and her increasing apathy as she does so.

The second book was carried by the success of the first but the ending was truly dire, with bizarre revelations cheapening the successes of the story. Firestorm has a different problem: the plot is boring. It reads like Hounsom had a really great idea for a character and world which she explored in Starborn but didn’t have a fully fleshed out long-term plot. I’d recommend Starborn, but I honestly wouldn’t bother with the sequels; the purchase links below are for Starborn.

The Outcasts of Time, Ian Mortimer

This is the first book by Ian Mortimer I’ve read but I’ve been aware of his time traveler’s guides for a while after buying my brother one for Christmas years ago. That was non-fiction but The Outcasts of Time is one of his fiction novels. It follows two brothers, a stonemason and a merchant, who are both infected during the Black Death. They make a deal with a mysterious figure, either the Devil or an Angel, and are told they have six days to live. Rather than spend their final days with their families, thus dooming them to the same fate, they choose to spend their remaining days doing good. The catch is that each day will be ninety-nine years from the previous day.

The brothers travel through the reign of Henry VIII, the English Civil War and up to WWII. They experience tiny snapshots of life in different eras, often overwhelming, and learn a great deal about humanity, society and the line between good and evil. I think this was actually the best book I read this week, despite how renowned Zadie Smith is.

As a student of history I enjoyed the accurate little windows into different time periods, but the character of John, the stonemason, carries the book.He drifts away from his faith and loses hope in humanity and any chance of meeting his family in heaven, and ultimately reaches a new realisation about who he is and the effect his actions have upon others. This is well worth a read if you’re interested in history even casually, but I can imagine that someone who really enjoys it would get more from this book.

Hopefully you enjoyed these reviews as Brambling Books will be returning in May. Let me know if you’ve read any of these or if you think you might! 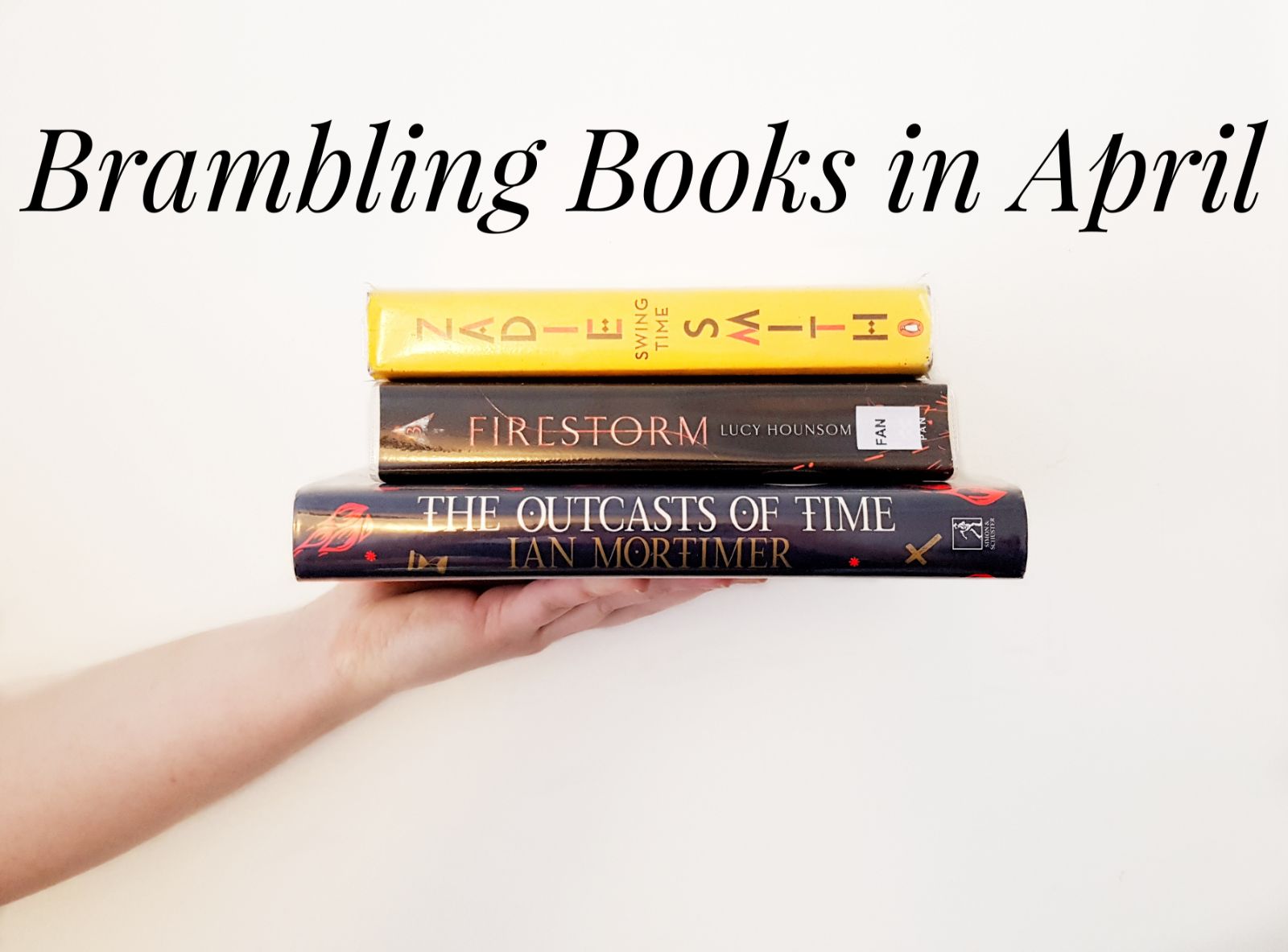