On Saturday I went to see A Midsummer Night’s Dream by the Royal Shakespeare Company at the Grand Theatre in Blackpool with my boyfriend.  We decided to go to the Blackpool venue as there are no showings in Manchester or Liverpool and all other venues would have required and overnight trip, which would be too expensive.

It’s my boyfriend’s absolute favourite play, so we made time to go and see it even though it’s a bit of a trek.  The tickets for the show were only £10.50 each as there are heavy concessions for anyone aged between 18 and 26, which is an absolute steal. 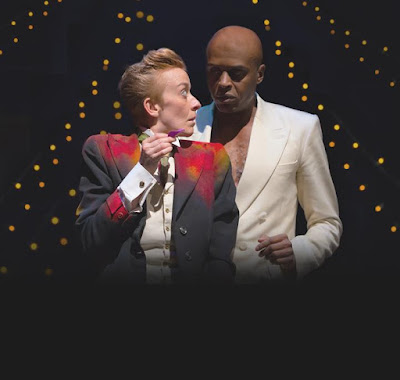 If you haven’t read or seen the play before I won’t spoil too much for you, but I will tell you a little of the plot.  It is most definitely a comedy, but one which concerns forbidden love, spurned lovers and a whole load of confusion.  It features both fairies and humans, where the humans have their own problems, namely that nobody is allowed to marry who they want to.  The world of the fairies is also troubled as the King and Queen, Titania and Oberon, are currently fighting.  Oberon’s machinations to win back Titania, aided by the mischievous fairy Puck, lead to a great deal of confusion for fairies and humans both. 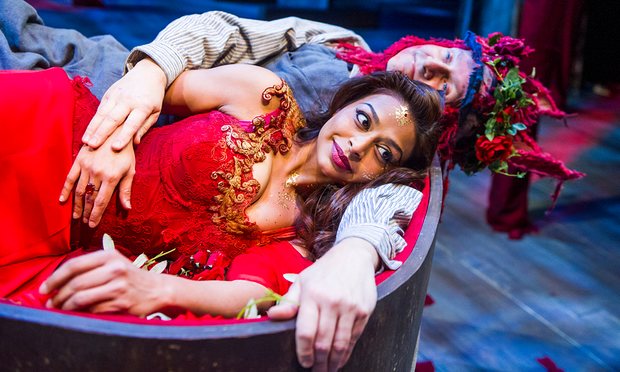 I laughed aloud throughout this peformance, while still having food for thought (was the ending really happy?) and would see it again in a second.  The acting was incredible, with every perfomance utterly convincing and in the case of Ayesha Dharker’s Titania and Lucy Ellinson’s Puck – completely enchanting.  Puck is witty and daring, Titania is empathetic and true to her heart and I love them both.  The entire show is also a visual feast of colours and movement, and no matter where you look or who you look at, even when there are several characters on stage, every actor is completely absorbed in their character and quite entertaining to watch in many cases.

If A Midsummer Night’s Dream is showing anywhere near you I really recommend that you see it if you get the time!  Tickets are available at the RSC website.

Have you seen any of the RSC’s productions?

Images taken from the RSC website and Lyn Gardner‘s review for the Guardian.