An alternative title for this post would be “They’re all dying, please send help“, as I’m a fairly terrible gardener. I love having plants and greenery around me, and try and buy fresh flowers whenever I can. Trevor the Cactus is the oldest plant I have, as it was given to me by my Nan waaaaay back when I first started university. He’s survived eight house moves, being under- and over-watered and generally has flourished despite everything I could throw at it. It‘s ridiculously sharp and kind of dangerous, and I do suspect it of being some kind of vampire plant due to the amount of blood it has drawn over the years. 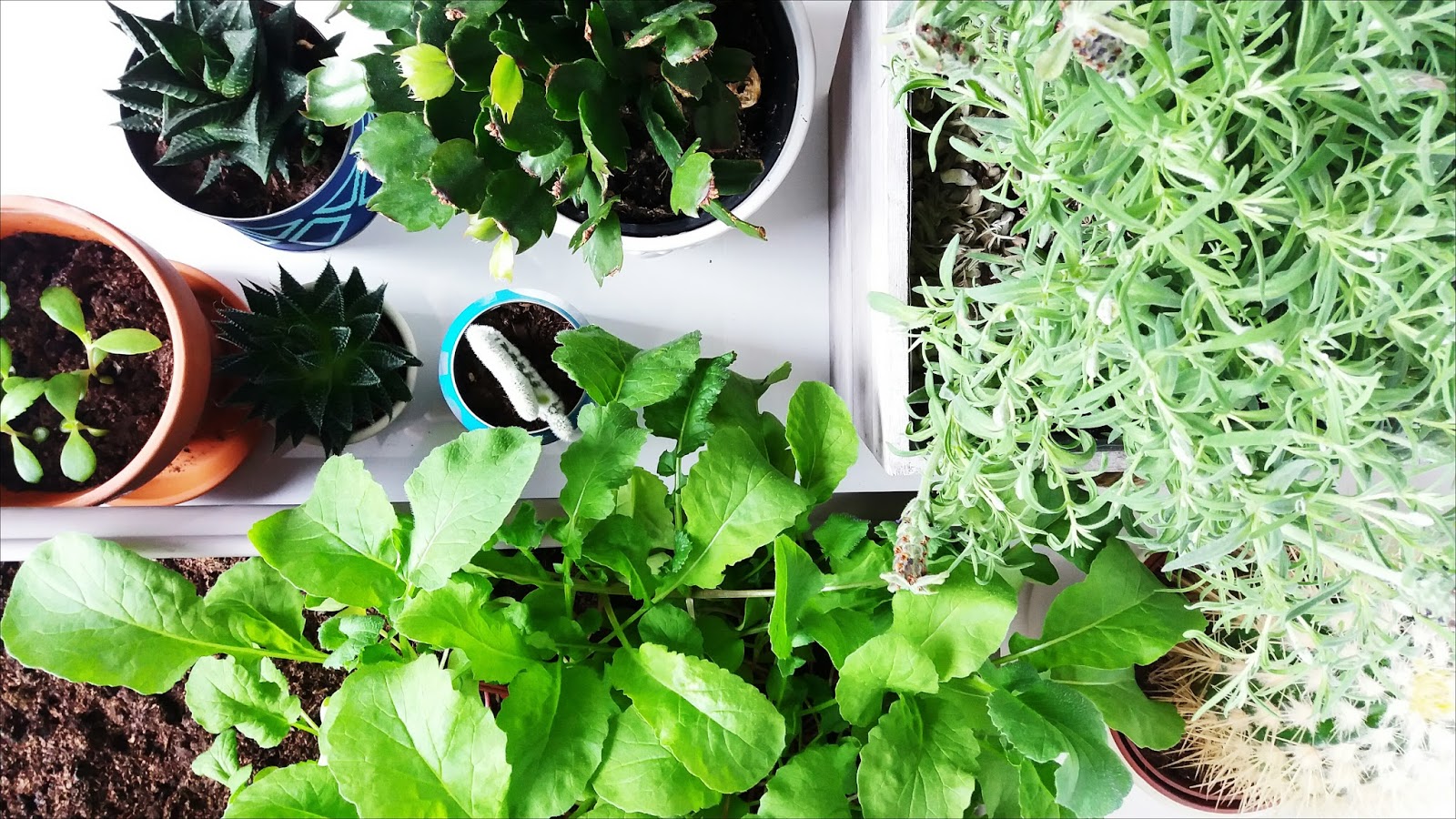 I’ve recently started adding to my houseplant collection as my environment has become more and more important to me as I’ve got older. I now have a collection of mostly small plants, as my flat doesn‘t have the space for anything very big. I wish I had a balcony for a proper little vegetable patch, but for now, I’m making do with two troughs on my windowsills. 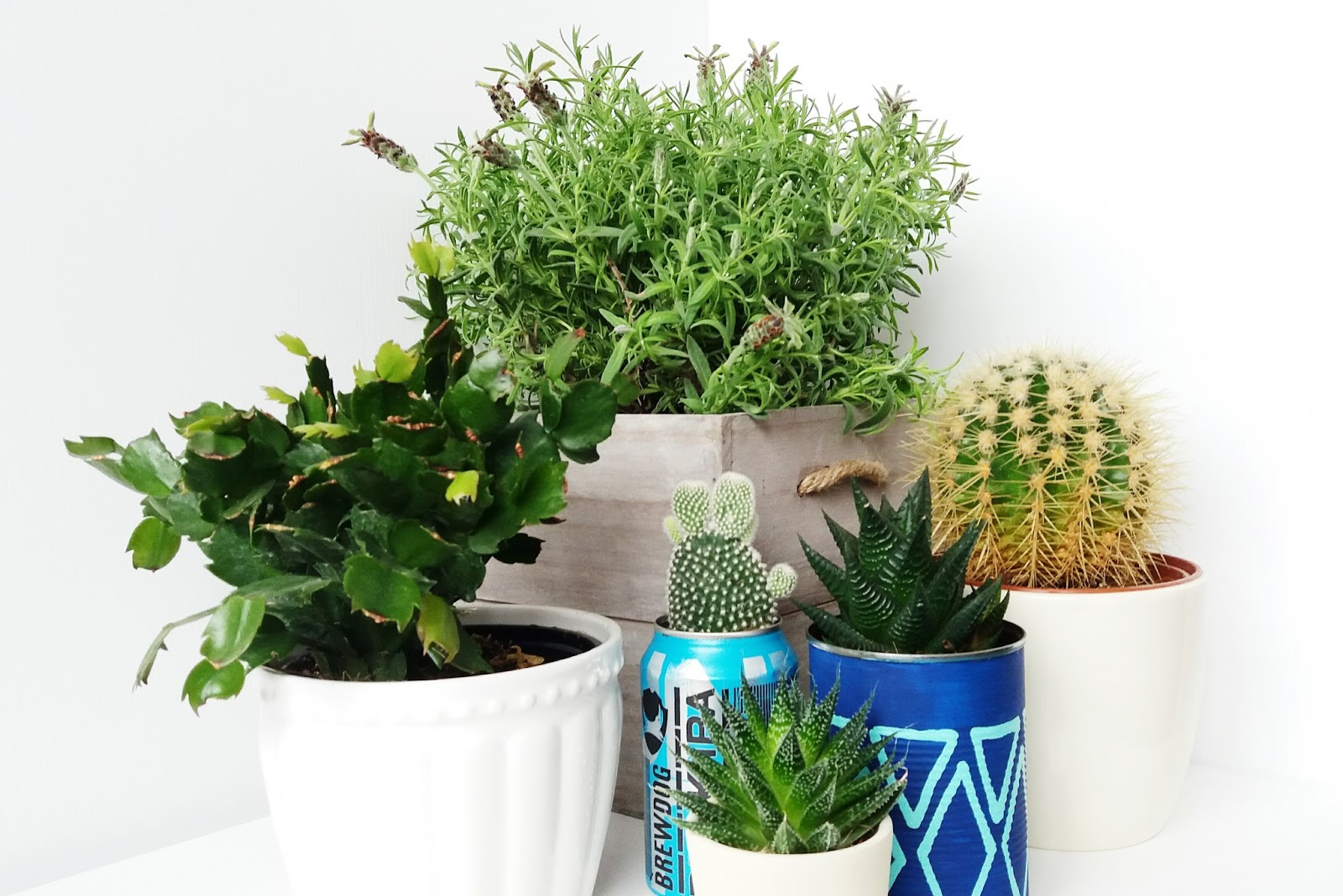 I picked up these two amazing plants from Shrubbies, which I highly recommend if you live in Manchester and love plants. They pop up at the markets that are always going on in the area and I always keep an eye open for them whenever I‘m wandering around the Northern Quarter or Spinningfields markets. I love this little succulent in a painted tin, and the tiny cactus in a beer can is one of my absolute favourites. When I first bought it, it looked a lot like a rabbit with two ears and a little bobble tail, but it’s now started to grow some extra knobbles (there’s probably a technical word but I don‘t know it). I thought about pruning it back into the bunny shape but I decided to let it grow wild and free, mostly because I can’t be bothered. 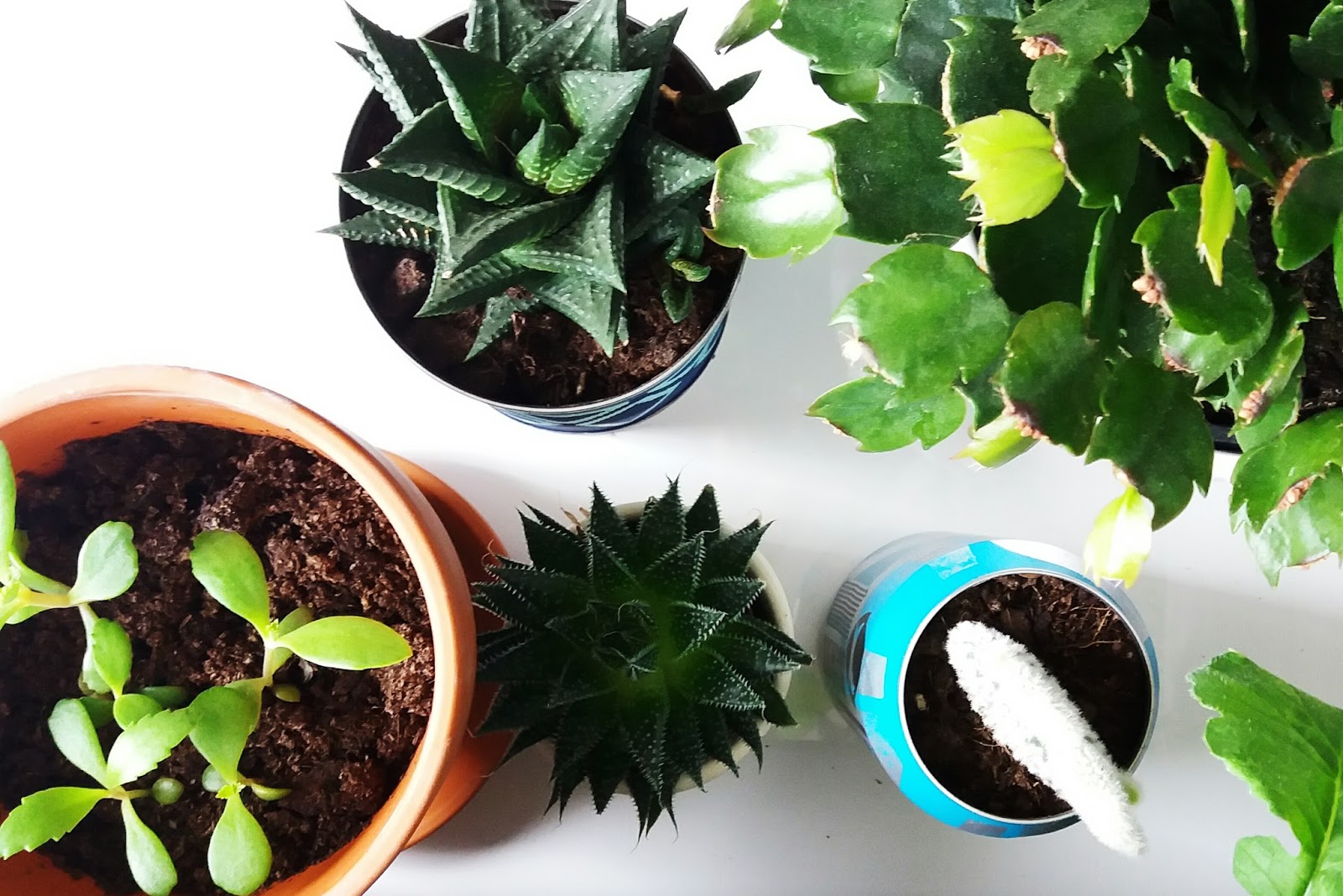 Originally I had two of this little succulent in the cream pot, which I think I bought in Sainsbury’s. I managed to break the other one when I knocked it and it fell on my head, leaving me with a bruise and a lot of soil and pottery sherds to clean up.

In the white pot is a Christmas Cactus that I bought from Aldi in December. It initially had cute little red buds that bloomed into flowers, which looked like Christmas Tree decorations, hence the name. The flowers have since dropped off but the plant itself is still going strong, so I’m going to attempt to keep it alive until next Christma in the hope that the flowers will return.Also from Aldi, I have this rather sickly looking lavender bush which I keep in my bedroom. I pruned it rather exuberantly after this photo was taken and it’s looking a lot better, so fear not, anyone who was worried about it. I like having it in my bedroom as I love the smell of lavender for lulling me to sleep.

In the little terracotta pot are some Mother of Millions sprouts which are finally growing! They were sent to me by my cousin who lives in France, along withlots of other seeds which I’m attempting to grow with mixed success. Once they get a bit bigger I’ll have to transfer them to some of the troughs, I think, but that will be a while yet. 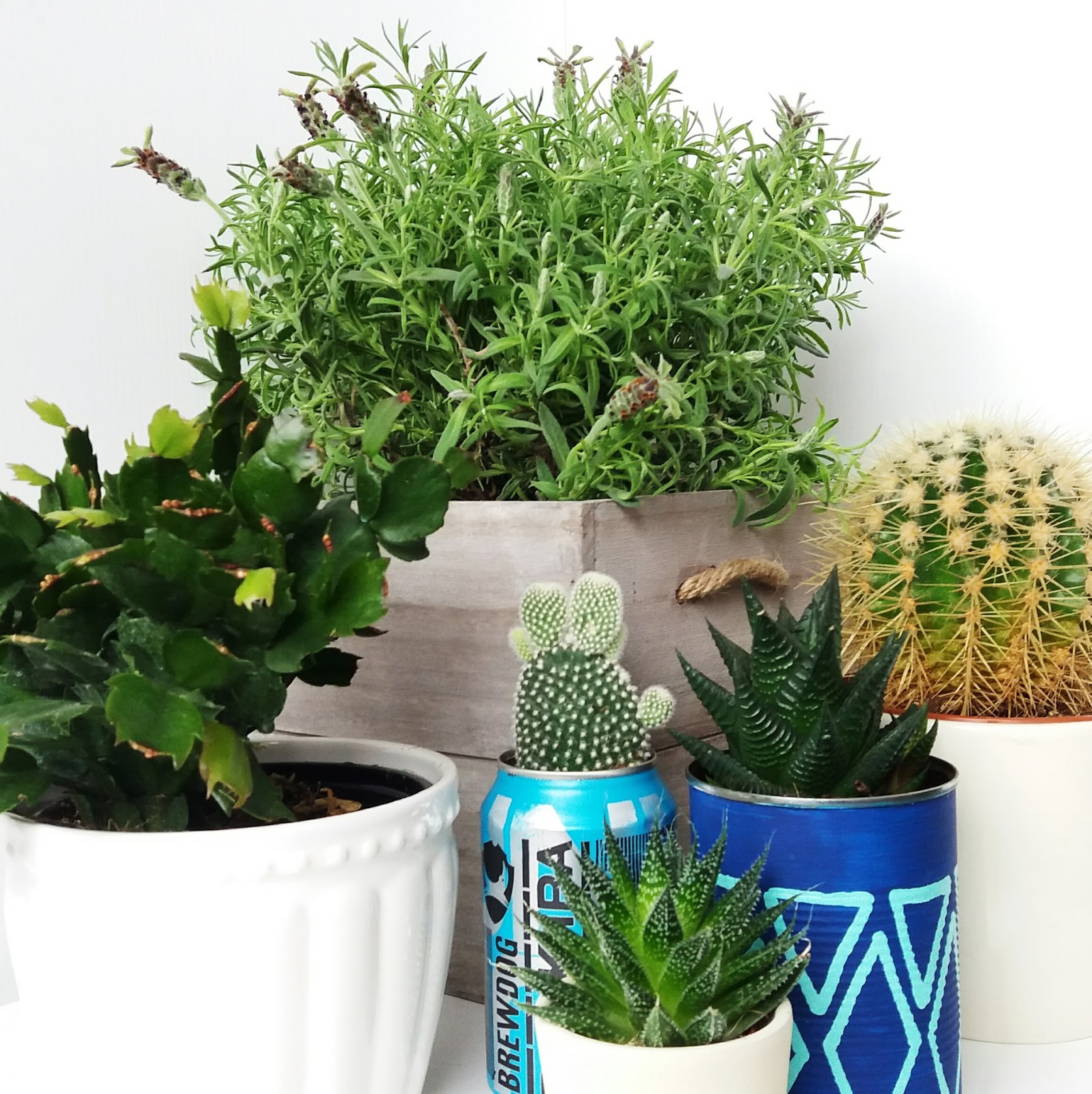 In a big grey trough are some radish seeds which have yet to make an appearance, and some flourishing mixed salad leaves, which I reckon I can probably eat but I’m too nervous to. The packet just said mixed so I have no idea what the leaves actually are. In the other trough I FINALLY have a tiny sprout of Love in the Mist, or Nigella, which I am intensely proud of. I‘m terrified that I’m overwatering it but I just really want it to grow. As to why that one is growing but none of the numerous others in that trough are, I have no idea. 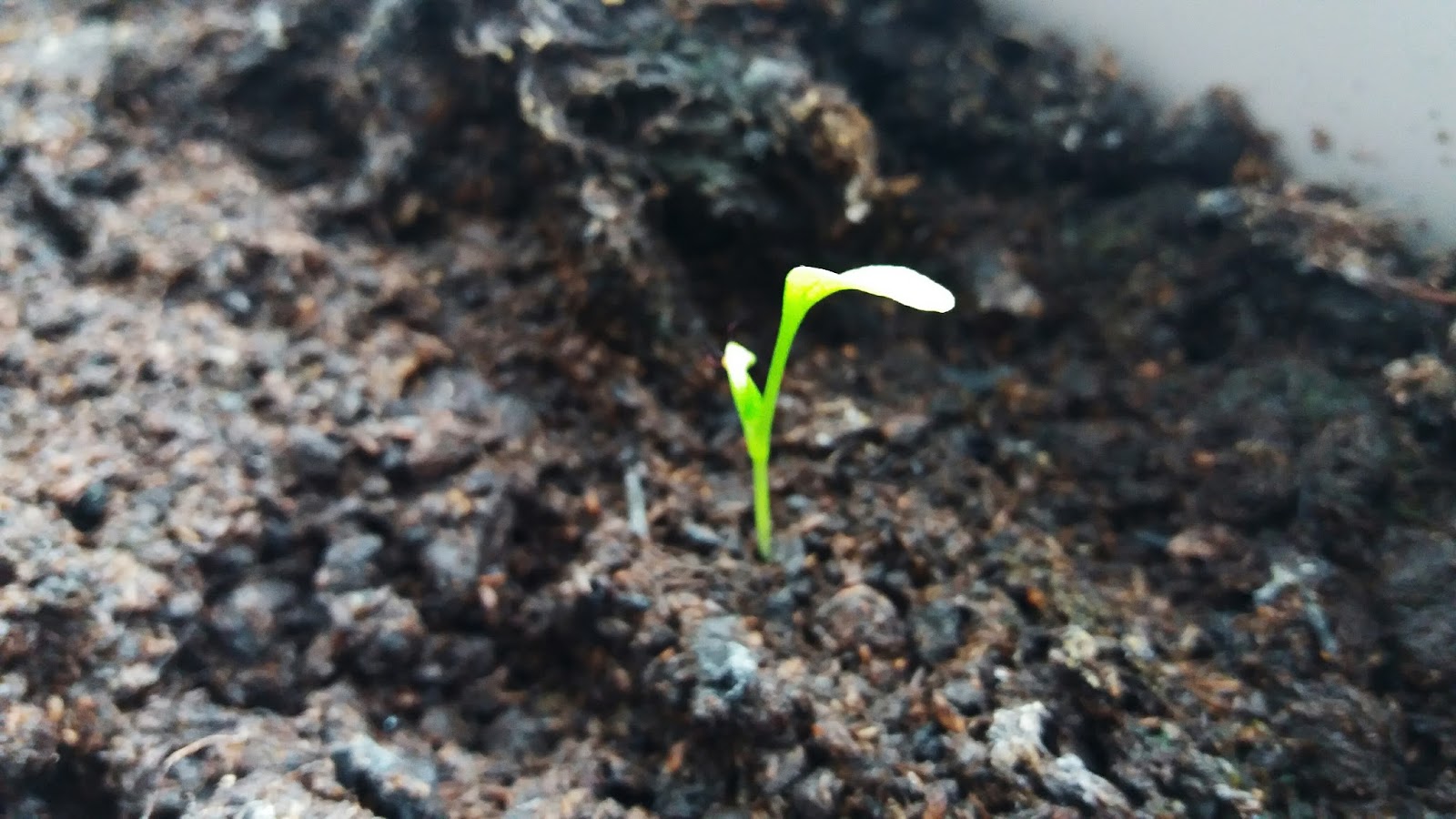 As you can see, plants are slowly taking over my life and I want even more. This is in spite of the fact that I don’t seem to be able to grow very much and a lot of my existing plants seem fairly unhappy. If you know anything about plants any and all advice is much appreciated!