2016 was a funny old year. It started on a high, skiing in Northern Italy with my now ex-boyfriend. The ex part of that sentence tells you far more about how I spent my year than I would like! This little blog of mine isn’t even a year old, yet I’m already extremely protective of it. It means a lot to me, and the last two months of reduced posting has really been getting me down. 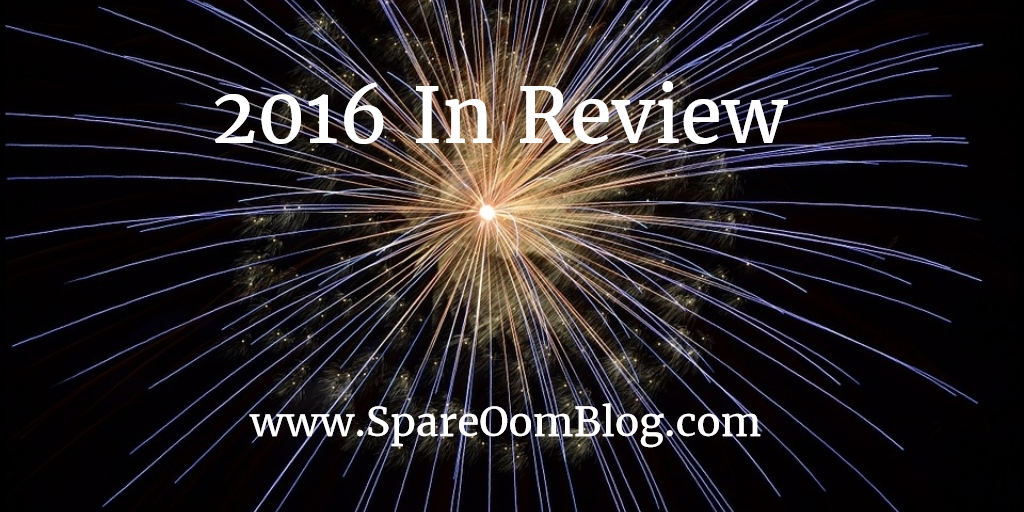 We all tend to reminisce at this time of year and I’m no exception. My 2016, reduced down, pretty much looks like this:

The ill-fated ski trip. While I had a fantastic time, despite non-functioning heating, a distinct lack of balance and a mountain-side panic attack; a discussion in the taxi home was the first time the depth of my ex’s indifference towards me became clear, and ultimately led to five months of misery and breaking up.

A long weekend in Dublin in a vain attempt to patch up our relationship. I considered quitting my job because I was so desperately unhappy.

More misery. I was crying at least twice a week, yet was in denial over how unhappy my relationship was making me. Instead I chalked it up to my job, and towards the end of the month handed in my month’s notice.

My relationship deteriorated further, yet I was convinced that when I finally left my job my life would improve massively. I maintained that I was “so happy, most of the time” which was a pretty blatant lie. I started Spare Oom as a creative outlet and a way of avoiding thinking about how miserable I was.

It all kicked off! I dumped him, he convinced me to stay with him and then he dumped me right back a few days later. For about three days I was blissfully happy; for the next three months I was a sobbing mess.

After a rapid move back to my Mother’s house, I cried for a solid month. I was aggressive and hurt, and I said things to people I care about that I didn’t mean. I even wrote a very emotional blogpost, much of which I don’t agree with anymore. It’s representative of how I was feeling at the time though, so I won’t be taking it down, even if it is a touch embarrassing.

I started learning to drive and finally accepted that it really was over, but I was still devastated. Crying several times a week was still a certainty. I started running on a regular basis and it massively helped with clearing my head getting my emotions in order.

Much the same as July, except for a very sedate and slightly depressing birthday.

An old friend got in touch, and I finally moved into the really fucking angry phase of getting over a break up. Things started looking up, but I was still unemployed and living at my Mother’s, which really got me down.

That old friend became a friend with benefits, I went for an interview at his work and I continued learning to drive in preparation for my test. Blogtober gave me focus and drive as I tried not to think about how much I wanted the job, or growing feelings for my friend with benefits that weren’t returned (or so I thought).

I was offered the job, rented a flat and moved to Manchester, passed my driving test, started dating someone, dumped that someone, started dating the friend with benefits and started my new job.

Spent most of  trying to process the November, and was the happiest I’ve been in well over a year. I visited family in Scotland and generally had a whale of a time.

As is perhaps understandable, I’m knackered! All I can say is roll on 2017, and may it be a little less turbulent than 2016. It’s off to a good start though, as I’m happier than I have been in a very long time. Long may it continue. I hope everyone reading this (and the many who are not!) have a wonderful New Year’s Eve and an even better 2017. Surely it can’t get that much worse…